What’s the recipe for a Leonardo da Vinci drawing? Ten Drawings from the Royal Collection

How did Leonardo da Vinci go about creating the exceptional drawings currently on show at the Laing Art Gallery, lent from the Royal Collection? 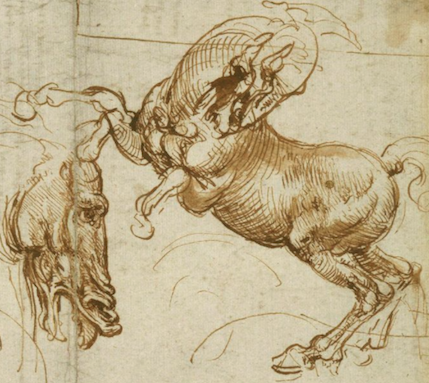 One of Leonardo’s main drawing materials was ink, used with a quill pen. The fluidity of ink allowed him to capture movement and energy, and he was also able to record fine detail. But his materials were quite basic. The quill pen was made from a bird’s feather, first hardened in hot sand to make it last longer in use. Then the pen maker cut a nib with a sharp knife. When the artist dipped the pen in ink, the liquid collected in the hollow shaft of the feather and gradually flowed down (depending on the skill of the pen-maker). In a really interesting short film (view here), the Royal Collection conservator demonstrates the materials that Leonardo used. 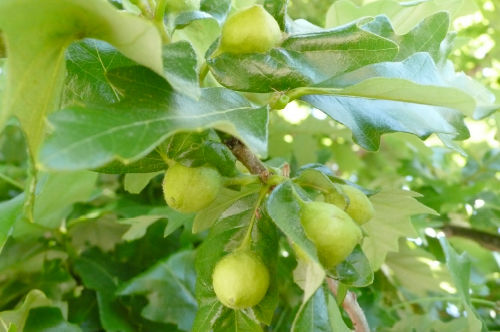 Making ink was another story. Once you know how, it’s apparently fairly easy (more details here), but I imagine it must have been very hit and miss to start with. First, the ink-maker mixed water with crushed oak galls – round growths formed by oak trees around eggs laid by gall wasps. The crushed galls released tannin, which has a brown colouring. It’s also acidic, and when it was mixed with little scraps of iron, it created a chemical reaction resulting in even darker liquid. Gum arabic (made from the sap of acacia trees) was added to help the ink stick to the paper. 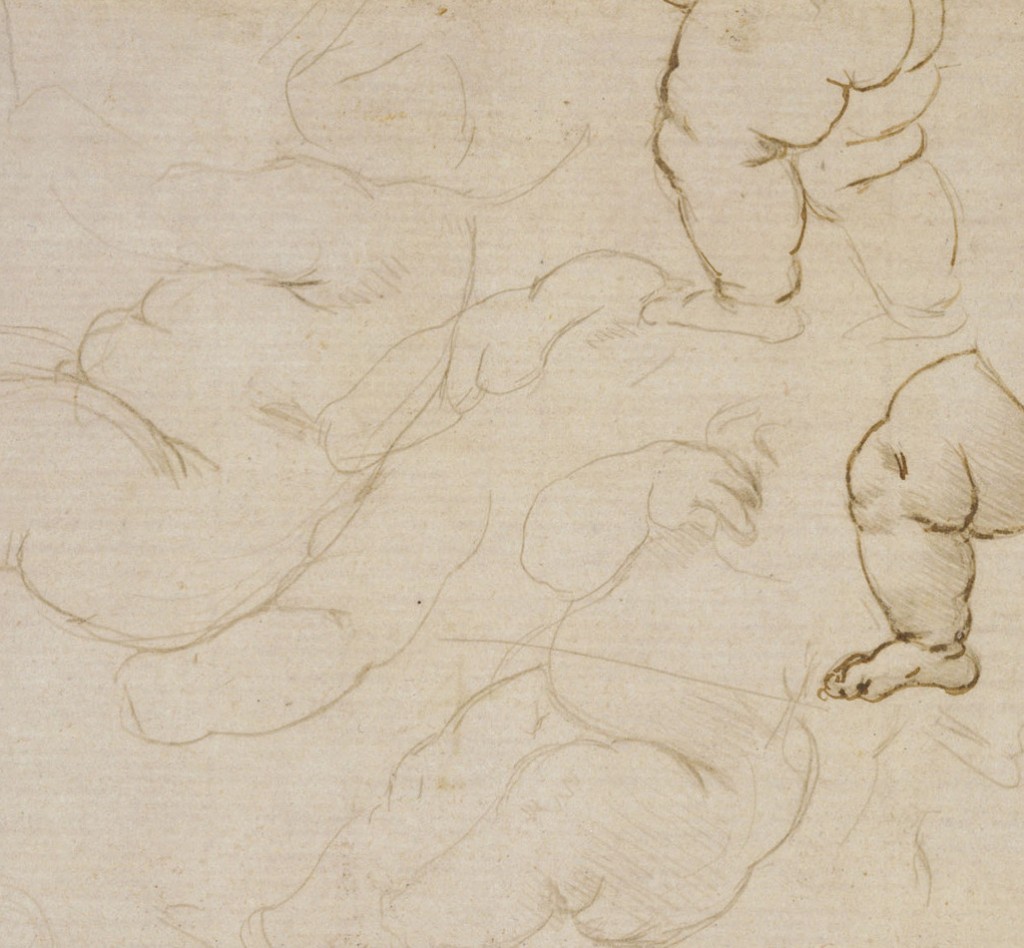 You may be a bit surprised to learn that Leonardo didn’t draw in pencil, or at least not the kind most of us use today – graphite pencils didn’t become available until 100 years later. Leonardo’s pencil was a little point of silver probably embedded in a wooden holder. To allow the metal point to actually make a mark, the artist or their assistant first had to cover the paper with a slightly rough coating based on bone ash, rabbit-skin glue and a little colour powder. The earliest drawing in the exhibition shows Leonardo using silverpoint to sketch a fat little baby. But he must have been dissatisfied with the faintness of the lines overall, and strengthened some of them with ink, drawn with a pen. Ink allowed him to draw bolder and more varied lines, and he eventually gave up silverpoint. 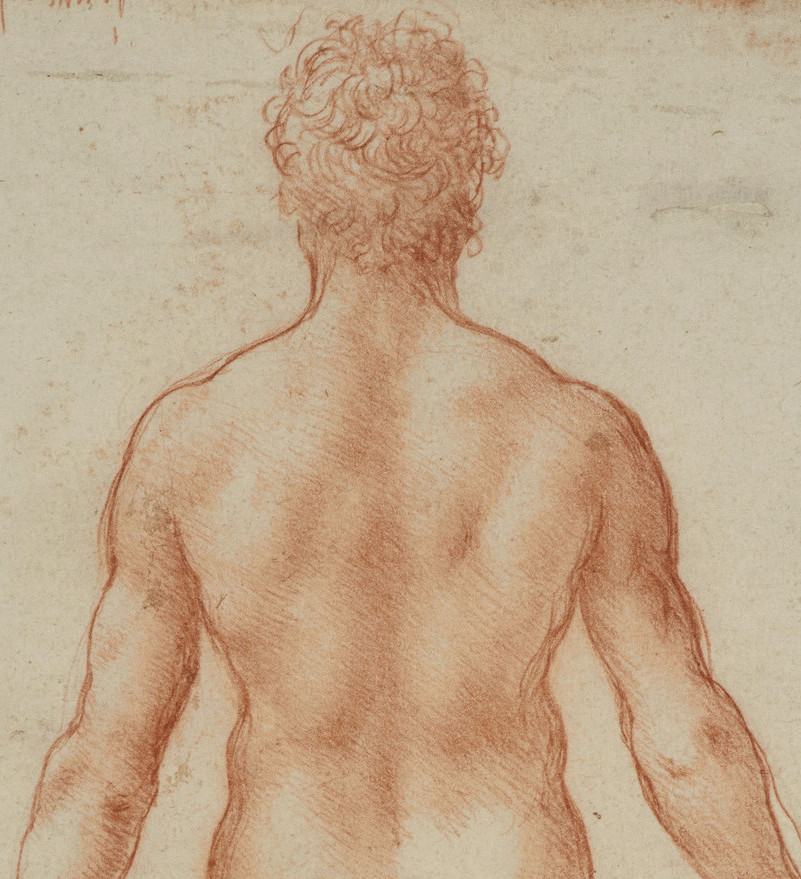 The red drawing material Leonardo used was a particular type of clay that was rich in iron oxide. It was dug up from the ground and cut into handy-sized pieces for artists. Leonardo preferred it for many of his studies from life, and he was able to achieve impressively naturalistic detail in drawings like his study of a nude man (detail shown). Slightly confusingly, the coloured drawing materials Leonardo used are generally referred to as chalks – a kind of shorthand for artists’ sketching materials from the earth that have a dry, non-greasy character. His black drawing material was a coaly type of clay, with a high level of carbon. In his study of the Head of St Anne, Leonardo aided the tonal shading with a little bit of blurring, probably with his finger. The precision and subtlety of this drawing are just amazing.

But how have these drawings remained looking so fresh? As a starting point, Renaissance artists like Leonardo used paper made from mashed linen fibres, which stays in much better condition than modern wood-pulp paper. Leonardo didn’t risk his drawings getting lost or damaged – he kept them carefully, and very few people even knew about them. 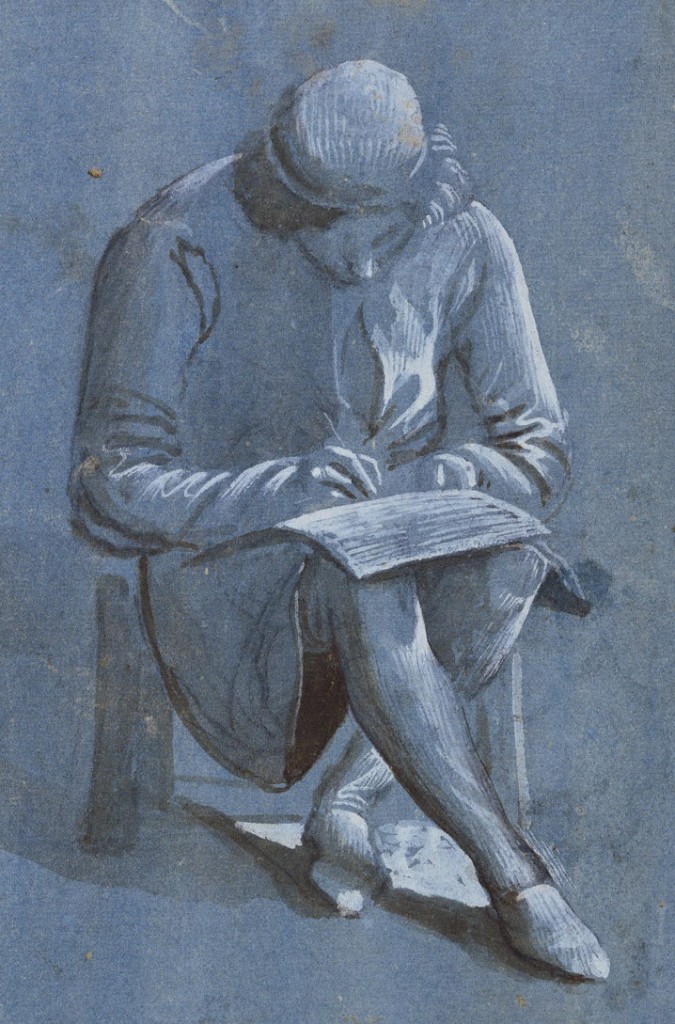 After Leonardo’s death, his ex-pupil and friend Francesco Melzi continued to keep the drawings safe. The next owner put them into albums, protecting them from fading and other damage. The Royal Collection drawings had remained in their album for around 250 years until the pages were gently separated, starting in the 19th century. Then in the 1970s, a programme began to give the drawings some conservation TLC and put them in new mounts. And we are part of a lucky group able to see this group of Leonardo’s remarkable drawings, looking virtually as fresh as the day he finished them, more than 500 years ago.

The image reproduced above shows a young artist from around Leonardo’s time. Dr Jane Colbourne, Programme Leader for the University of Northumbria Conservation MA, will be giving an illuminating lunchtime talk on Renaissance Drawing Materials and Techniques at the Gallery on Wednesday April 20th (£3, students free).

Before then, the Royal Collection exhibition curator will be giving a lunchtime talk on Thursday 14 April, Leonardo through his drawings (12.30-1.15pm, £4, book online or at the gallery). His talk is full of fascinating insights and discusses the unparalleled range and diversity of Leonardo’s drawings throughout his career.

The exhibition Leonardo da Vinci: Ten Drawings from the Royal Collection is on show at the Laing Art Gallery until April 24th, admission £2.50, further details on the Gallery webpage. The complete drawings can all be seen here (details of selected drawings are shown in this blog), and there’s another blog you can read here.

One Response to What’s the recipe for a Leonardo da Vinci drawing? Ten Drawings from the Royal Collection