The youngest of the criminals at Newcastle City Gaol between December 1871 – December 1873 was Ellen Woodman. 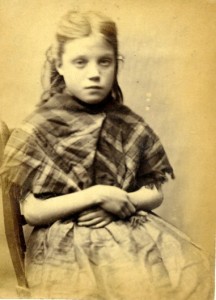 Ellen was only 11 years of age when she was caught stealing iron along with Mary Catherine Docherty, Rosanna Watson and Mary Hinnigan.

They were all sent to Newcastle City Gaol to carry out 7 days hard labour. 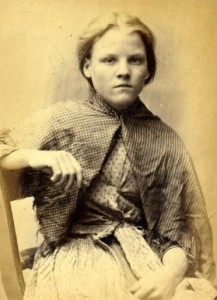 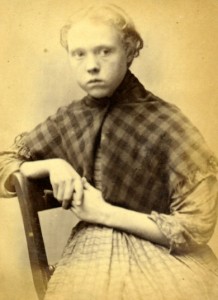 During the Victorian period, girl offenders who were Catholics were sent to the Dalbeth Roman Catholic Reformatory School in Glasgow, after serving their sentence in Newcastle Gaol.

A book titled “Victorian Villains” by Barry Redfern gives further information on the individuals who were convicted. He mentions that the girls didn’t have any previous convictions and the crime wasn’t reported in the newspapers at the time, so there isn’t alot of information about them, which is a shame.

It makes me wonder what happened to them after they left the Reformatory Schools?