Welcome to the final part of my blog in which I’ve been celebrating North East women by sharing some photos from TWAM’s collection.  To end with, I’ve chosen some images from the Second World War, showing a few of the experiences women had during this dramatic period.

In the summer of 1939, conflict became increasingly inevitable.  For many families, one of the earliest impacts was a painful farewell as children were evacuated.  The authorities feared that war would lead to immediate bombing raids, and so on 1 September, two days before war was declared, the first planned evacuation of children began in the largest movement of people ever seen in Britain.  Clutching their small possessions, children were marshalled onto trains to unknown destinations and uncertain futures.  When the first months of war remained quiet on the home front many were brought back home, but further evacuation drives would take place in the summer and autumn of 1940, following the German invasion of France in May-June and the beginning of the Blitz in September. 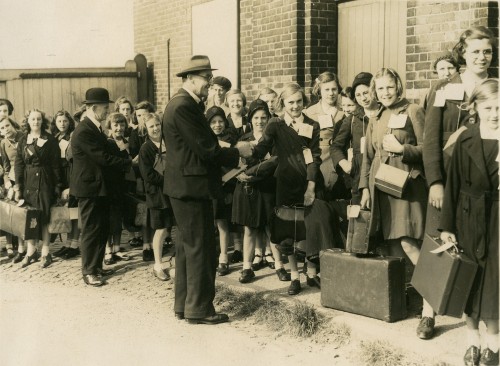 As in the First World War, women’s labour was going to be essential to the national effort.  In the Great War, uniformed services for women had remained voluntary.  This time, it soon became obvious that volunteers alone would not be sufficient to meet the country’s needs and in December 1941 women found themselves subject to conscription for the first time.  This affected childless widows and single women, at first aged 20 to 30, but later extended to 19 to 43.  They were offered a choice of the armed forces, industry or Land Army.

Most women opting for the forces went into the ATS (Auxiliary Territorial Service), the largest women’s force.  This meant taking on a non-fighting role in a military unit. Women in the ATS might carry out administrative work, thus releasing men to fight, or they might operate anti-aircraft guns, be a driver or mechanic, or work in an early RADAR station. 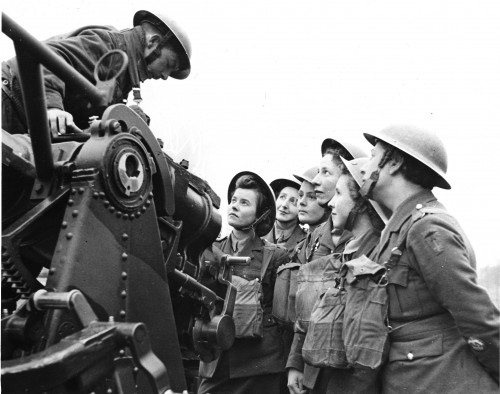 Life in the ATS was an experience they would never forget, and often forged lifelong friendships.  Rita Holmes, a Fencehouses girl conscripted into the ATS in 1942, described her experiences to TWAM in 2009 – being posted to different bases around the country, learning to march, PE before breakfast and terrible food, dances where girls were very much in demand as there were always more men on base than women, and being constantly in uniform, even off duty.  “It was a bit of a shock”, Rita recalls, “but looking back it was an experience I wouldn’t have missed”. 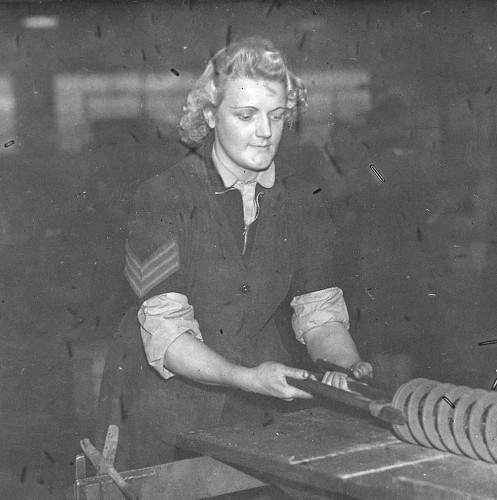 If you opted to work in industry, you could find yourself working in a factory that had been turned over to war work.  The photo left shows a young woman in military gear making a spring at Quin’s factory, Benfield Road, Newcastle.  Quin’s was a bedding factory taken over by the Ministry of Supply to make springs for guns and tanks instead of for mattresses. 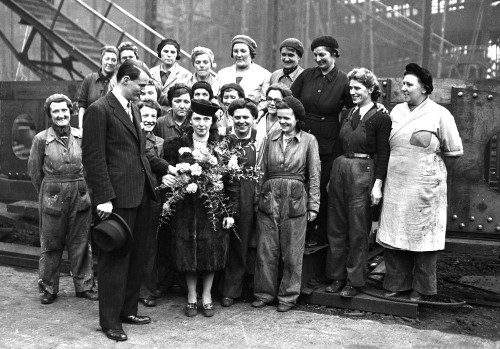 Married women with families were not conscripted, but all women between 18 and 60 had to register for war work.  They might work in industry at a site close to home, or they might opt for civil defence.  The ARP and Fire Services recruited both male and female volunteers, while the Women’s Voluntary Service for Civil Defence carried out welfare tasks such as running rest centres and mobile canteen services, providing temporary accommodation for bombed out families, doing salvage work and encouraging efforts to save and re-use resources. 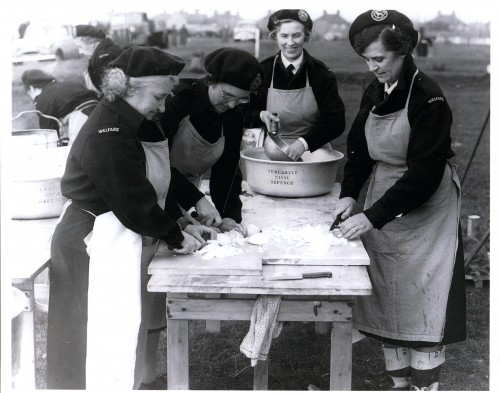 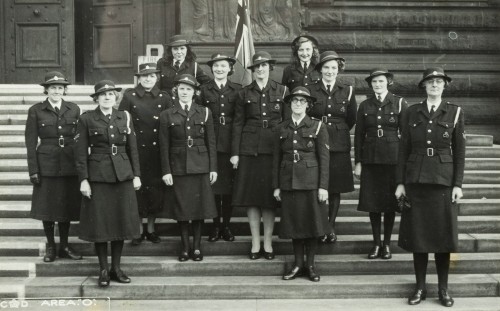 Everything was in short supply, including material for clothes.  Fashion reflected this, with short, straight skirts for women and single-breasted suits and no turn-ups for men. Women doing practical jobs often wore trousers.  It was a point of honour for women to look their best despite the difficulties and bright red lipstick, well styled hair and legs coloured with gravy browning (to mimic scarce tights) were the order of the day.  In the last months of the war a large ‘Victory Roll’ curl at the front of the hair became the style of the moment. 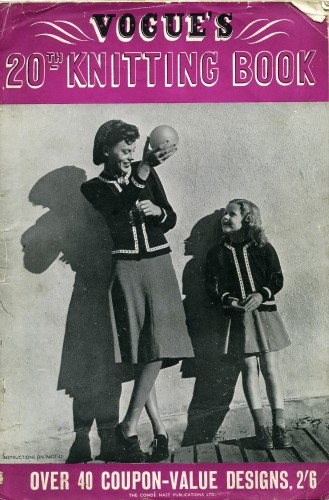 Everyone was knitting, either for the services or for themselves – wool was also rationed, so often women recycled the yarn from an old garment to make something new.   This Vogue knitting pattern book from 1945 shows the straight skirts and military-style shoulders popular at the time and promises “over 40 coupon-value designs” inside. 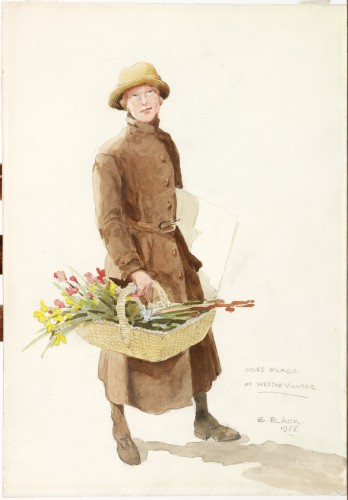 North East towns suffered considerably from air raids because of their vital industrial sites, and many families suffered through loss of life, injury, or loss of home.  An account of how one town suffered was created by photographer Amy Flagg (1893-1965), a local woman from Westoe Village.  Throughout the war, Flagg recorded local bomb damage and its aftermath in South Shields in a series of three booklets titled “Humanity and Courage, a Pictorial Record of Air Raid Damage in the County Borough of South Shields”.

Finally in 1945 came peace.  As after the Great War, out came the bunting and the festivities began.  It would be a long time before life was truly back to normal (rationing, for instance, did not end completely until 1954), but after years of war things could begin to settle down once more.  Better things were on the horizon – 1948 would see the introduction of the National Health Service, and the 1950s and 1960s would bring new opportunities and freedoms.

I’m going to end on a photo from just after the war, perhaps heralding the shape of things to come.  Wright & Weire was a radio components firm which moved to South Shields in 1945.  This shot of the factory floor in 1947 is an early illustration of how many women would come to earn their living in the second half of the 20th century.  But that would be another story! 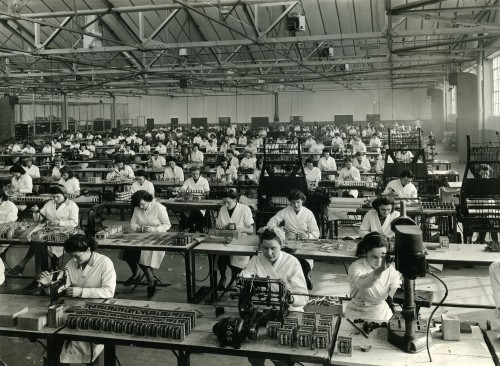 One Response to Women in pictures – Part IV: The Second World War by Janette Bell