Women in pictures – a few photos from TWAM’s online collection, Part I

As a volunteer at Discovery Museum I’ve been helping with some work in the TWAM online photo collection.  In the course of my ‘virtual exploration’ I’ve found some great photos I’d like to share with you featuring women.  Of course, women have done many jobs over the years and I couldn’t hope to include them all, even if we had a photo for each one, so with apologies to all the occupations I haven’t captured here, the following are just a few snapshots (quite literally) giving a tiny glimpse into the diverse contribution of women in our region over the years.  Part I focuses mainly on the period before the First World War. 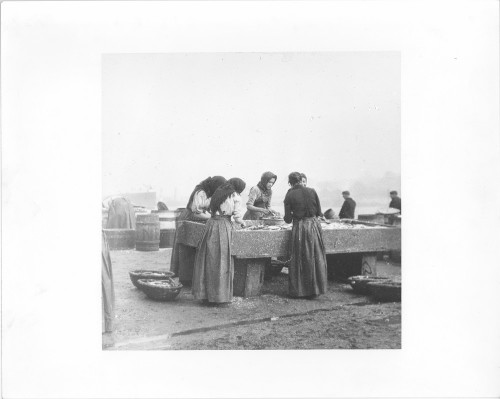 Herring girls on the quayside

Although we usually associate the fishing industry with men, there were many women working in supporting roles, leaving behind evocative images like the one above.  It’s quite a romantic image, but not a very romantic existence.  In the summer season these teams of ‘herring girls’ would have made a striking sight on fish quays up and down the east coast.  The herring preserving industry was at its peak in the late 19th and early 20th century and North Shields was one port where the trade thrived.  While local boats and local women were part of the activity, this was a national industry.  Each year huge shoals of the ‘silver darlings’ could be found moving down the north east coast of Britain from Shetland and the Hebrides all the way to East Anglia.  And each year the fleets of herring drifters followed the shoals from town to town to profit from this bounty.  Down the coast, following the boats by rail, came the herring girls, who worked on the fish quays gutting the herring and packing them with salt in barrels.  Many of these women, some as young as 15, came from Scotland.  They worked on the quayside in teams of three, two to gut and one to pack, working non-stop in all weathers until the catch was complete.  A hard life, but it wasn’t all bad – ‘following the herring’ did give women a chance to travel, and a bit of an adventure with friends. 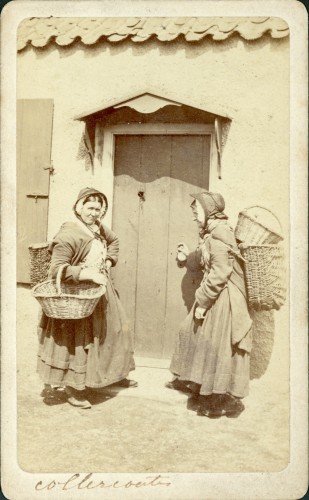 Continuing the fishing theme, a well-known sight around the streets of coastal towns even in the early decades of the 20th century would have been the fishwives in their long skirts and shawls, who went door-to-door hawking fish from large baskets.  One of the regions’ most famous fishwives was Dolly Peel, 1782 – 1857. 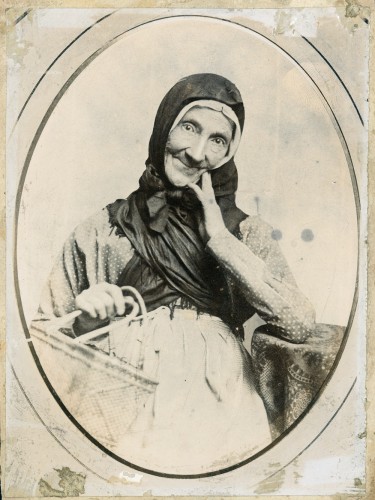 Officially ‘Dorothy’ but known as Dolly, Mrs Peel is a famous South Shields character, a resourceful fishwife who was also a smuggler and a poet.  Stories about her emphasise her strength and bravery – she once fended off a navy press gang which was pursuing her husband, single-handedly holding them at bay while he tried to escape before eventually being captured.  In the early years of the 19th century Mrs Peel’s husband took part in sea battles as a pressed sailor in both the Napoleonic war and the American War of Independence.

At some point in this saga Dolly is reputed to have stowed away to accompany him, and worked below decks helping the surgeon with the wounded during battle.  As if all this wasn’t enough, Mrs Peel was also famed as a poet for her ability to make up rhymes on topical subjects.  A statue of her, representing the resilience of local women, stands on River Drive in South Shields.

Outdoor jobs like these must have been some of the toughest types of work; more often women who sought work would find it in domestic or shop work, teaching, nursing and sometimes in manufacturing environments. 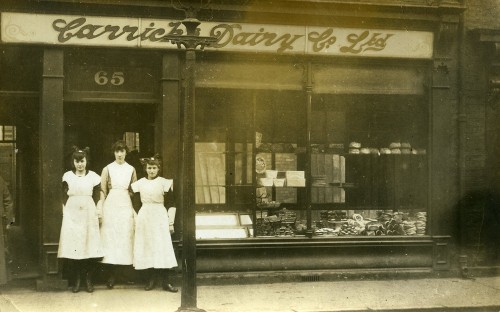 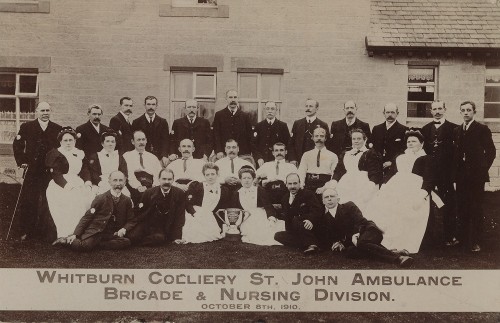 For most women, life included marriage and children – no easy ride when childbirth carried serious risks and all housework had to be done the hard way without mechanical aids.  But even this shared experience had different faces depending on your financial situation – a family portrait of a middle class family before the First World War (c 1910-1914) contrasts sharply with this group of women and children in a poor area of South Shields even two decades later in the 1930s. 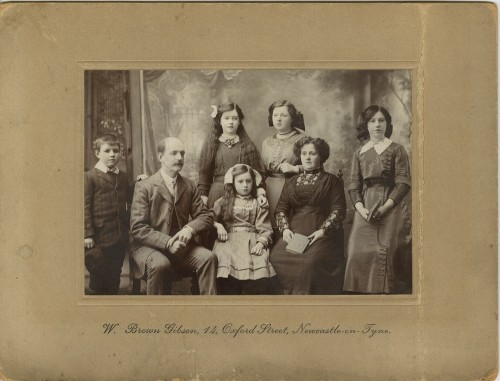 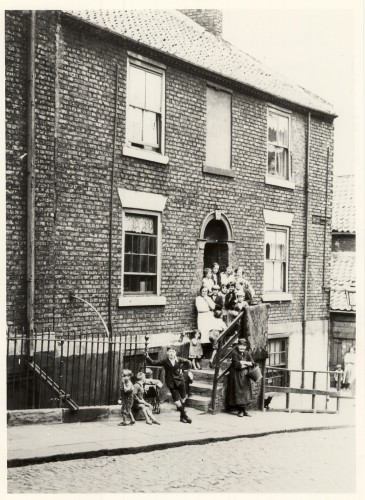 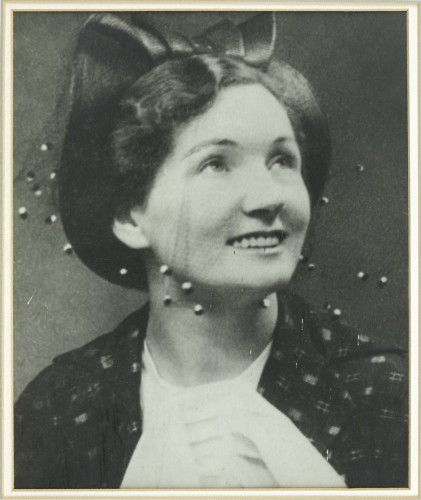 Catherine Cookson as a young woman

Housing, diet, health, education, life expectancy for yourself and your family; life for the poor has always been a struggle.  Someone who knew this first hand was Catherine Cookson (1906 – 1998), who drew on the neighbourhoods and characters of her childhood to write novels which made her an international favourite.

Catherine Cookson was born in Tyne Dock and later moved to East Jarrow.  As young Katie McMullen she grew up in poverty, suffering what in those days was seen as the terrible stigma of illegitimacy.  From her childhood she used making up stories, and later writing, as an escape.  She was determined to better herself, worked hard, and as a young adult moved to Hastings leaving the north east and its painful memories firmly behind her.  Here she met her husband Tom Cookson.  It was only after suffering a breakdown in the 1940s that Cookson began writing seriously, and drew on all her early experiences to create what would eventually become over 100 novels loved worldwide.  Her books recreate the poor South Tyneside communities of her childhood and are filled with strong female leading characters.

The second part of this blog will look at the impact of the First World War, which brought women new challenges, new opportunities….and a new football league.