Many people see the opening of the Stockton and Darlington railway in 1825 as the beginning of the railway age, but did you know that railways existed more than 200 years before or arguably even earlier?

In basic terms a railway is simply a prepared track that guides vehicles so that they can’t leave the track. It can therefore be argued that railways date back to the rutways of classical Greece and Rome where two parallel channels were cut into the surface rock to guide wheels along a specific route. The earliest example of a rutway discovered in Britain served a Roman quarry at Blunsdon in Wiltshire dating to circa 300 A.D. While the Greeks and Romans used this technology for specific reasons such as transporting materials, they didn’t develop it into a system of general transport. 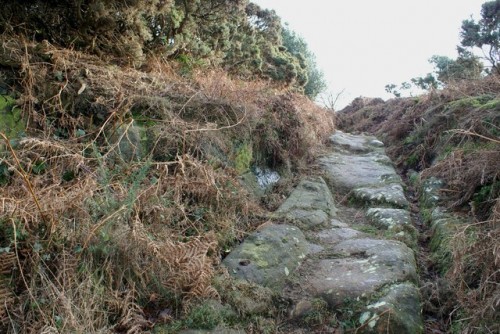 There were also underground railways during the Medieval period in the mineral mines of central Europe. It is indicated in the book De Re Metallica (1556) that the waggons didn’t run on rails. Instead a pin, attached to the axle of the two small front wheels of the waggon, ran between two closely aligned rails which kept the waggon on course. Underground railways such as at Silver Gill Mine, near Caldbeck in Cumbria were introduced to Britain by German miners that worked for the Company of Mines Royal. The railway transported ore to the entrance of the mine where it was loaded onto packhorses.

Interestingly the development of railway systems was purely a product of European based culture. The long gap between the classical age waggonways to the reappearance in the Medieval period has made experts wonder if this was a reinvention or a continuation.

Wooden waggonways are undoubtedly more recognisable as the predecessor of modern railways. We first see them appearing in Shropshire towards the end of the Elizabethan period and then being built at the beginning of the 17th century by colliery owners in the Midlands. During the same period this new technology was also quickly adopted and developed in the North East.

Huntingdon Beaumont is widely credited for being responsible for the construction of the earliest waggonway in Nottingham between 1603 and 1604. While trying his fortune in Northumberland, he is believed to have introduced the waggonway to the area. Unfortunately, Beaumont was unable to break into the monopolistic Newcastle trade and ended his days in Nottingham Gaol as a debtor. However, he did leave behind an important legacy in the North East. By the early 18th century, wooden waggonways had become the principal means of transporting coal from the major collieries in Northumberland and Durham. 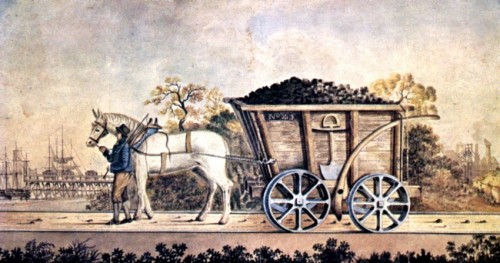 Carrying loads equating to more than 100,000 tons every year on the main lines, wooden waggonways were the main mode of transport for the product of a major industry. They were also the largest civil engineering projects of their time, requiring major capital investment for the funding of the cuttings, embankments, railway and the building of bridges. While some only lasted decades due to the lifetime of a colliery, others were in use much longer.

Visitors from elsewhere in Britain and Europe were amazed by the cutting edge technology which attracted visits from fellows of the Royal Society, antiquarians, British dignitaries, foreign royalty and even industrial spies! 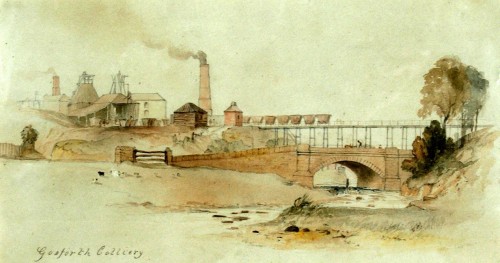 The Ouseburn Viaduct by T.H.Hair

The large amount of traffic over increasingly long distances propelled both technology and mechanisation forward. From the second half of the 17th century the key developments of wooden railways took place in the northern coalfield. The waggonways were so distinctive and innovative that they were referred to as ‘Newcastle Waggonways’ or ‘Tyneside Roads’ by the British and ‘English Coalways’ by those overseas. It’s important to note that the development of the locomotive was not caused by any performance restrictions of the wooden waggonways but rather the cost of the horses.

The Willington Waggonway began very modestly as a simple branch line from the east to the Benton Way becoming a major railway network (due to the expansion of Willington Colliery) with an independent route through Bigges Main to the River Tyne at Carville. Although made up of several lines, contemporaries referred to the collective whole as the Willington Way. The section of waggonway excavated in 2013 dates from 1785 and is located close to the river on the Bigges Main line (Willington Way 2). 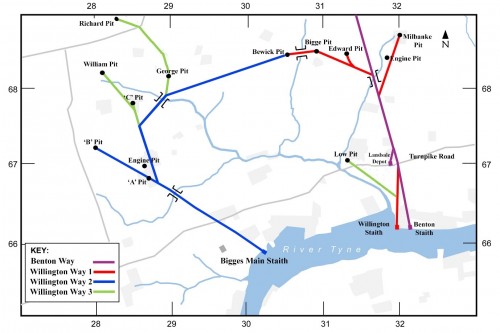 Even if we discount Greek and Roman rutways and rail-less Medieval systems, railways had been operating for a much longer period before the opening of the Stockton and Darlington railway than they have since.