Staff and researchers at Tyne & Wear Archives have long known about the outstanding historical significance of our shipbuilding collection. We’re delighted to announce, though, that this has been given official recognition through its addition to the UK Memory of the World Register.

The register is part of a United Nations Educational, Scientific and Cultural Organization (UNESCO) programme to support and raise awareness of archives. The Tyne & Wear Archives Shipyards Collection is one of 11 items or collections from the UK to be awarded this status this year, along with the Domesday Book, the Churchill Archives and the Silent Movies of Alfred Hitchcock.

The Tyne & Wear Archives Shipyards Collection is a testimony to the remarkable achievements in shipbuilding and engineering produced on Tyneside and Wearside over the past two hundred years. Shipbuilding firms on the Tyne, such as Swan Hunter have produced awe inspiring passenger ships such as ‘Mauretania’, completed in 1907. 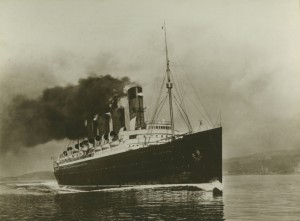 She held the Blue Riband for the fastest crossing of the Atlantic in both directions.

The River Tyne has also witnessed the construction of amazing warships, such as the ‘Ark Royal’, launched by Swan Hunter in 1981. 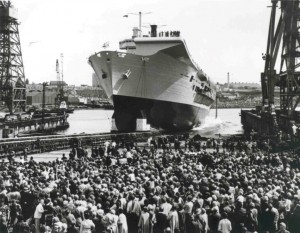 The River Wear produced world beating passenger ships in the nineteenth century such as the ‘Torrens’ launched by the shipyard of Sir James Laing & Sons in 1875. However, it’s perhaps better known for its achievements in the construction of cargo ships. 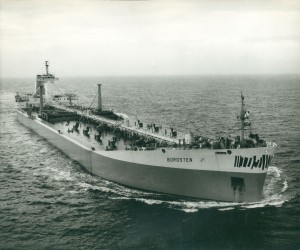 The Tyne & Wear Archives Shipyards Collection reflects Sunderland’s history of innovation in shipbuilding and marine engineering. From the development of turret ships in the 1890s and the production of Doxford opposed piston engines after the First World War through to the designs for Liberty ships in the 1940s and SD14s in the 1960s. Sunderland has much to shout about.

The Collection has something to appeal to everyone. There are boardroom minutes, financial accounts, administrative files and production records to satisfy maritime researchers. There are personnel records to interest family historians and ships plans to assist model makers.

Perhaps most strikingly, there are fabulous images of the ships and the people that built and launched them. The images show the human side of this great story – the sweat and toil of the workers 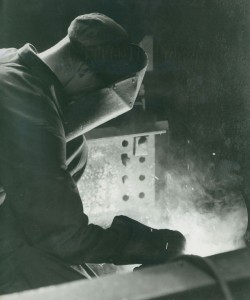 as well as the glamour of ship launches and royal visits. 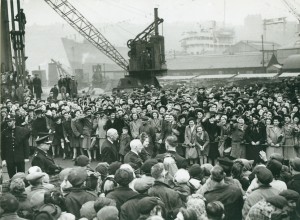 View of Princess Elizabeth on a royal walkabout after the launch of the ‘British Princess’ at the shipyard of Sir James Laing & Sons Ltd, Sunderland, 30 April 1946 (TWAM ref. DS.LG/4/PH/4/1)

It’s fitting that the Tyne & Wear Archives Shipyards Collection has been recognised by the UK National Commission for UNESCO. The shipbuilding industry is absolutely fundamental to the history and heritage of Tyne & Wear and has employed hundreds of thousands of men. It has also been a uniting factor in the region.

There have been many examples of co-operation between the Wear and the Tyne in the construction of ships. This co-operation is nicely symbolised by the ‘Rondefjell’, launched in two halves on the Wear, which were then towed to the Middle Docks, South Shields, where they were joined together in late October 1951. 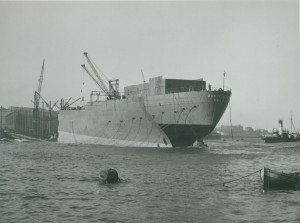 The populations of both Rivers have also long been united by a passion for shipbuilding. For many shipyard workers it was more than just a job – it was a way of life. Understandably, there’s a lot of sadness that the industry has passed away. However, I’m proud to be able to say that its legacy will endure and should be an inspiration to future generations.