As part of the Wor Life project, Tyne & Wear Archives & Museums in collaboration with sound artist and musician, Halsey Burgund have developed Tributaries, a sound art work in the form of a mobile app for iOS and Android.

Tributaries is an immersive audio stream that explores the daily reality of life, loss and love on Tyneside during the First World War. A continually-evolving score of music and voices takes inspiration from forgotten historical documents from our collections. 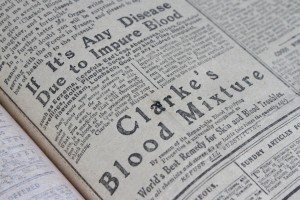 Over the past year we have been working closely with Halsey on the enjoyable, if not slightly daunting task of combing through our extensive First World War collection, in order to create captivating audio fragments. We delved into museum, archive and library collections to uncover an array of fascinating personal accounts including diaries, letters, newspapers, log books, postcards and official documents that provide a compelling glimpse into everyday life in the shadow of the great tragedy of World War One.

We then invited members of the local community to donate their voices by reading, researching and responding to our findings in a series of audio recordings at Tyne & Wear Museum venues, the Grainger Market and Newcastle City Library. 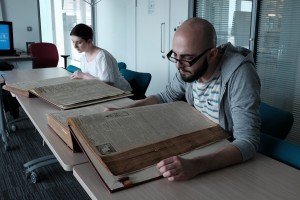 Tributaries provokes an exploration of the past and encourages listeners to reflect on the similarities and disparities that their own lives have with life 100 years ago, so it was especially inspiring to see the emotional responses the volunteers had to the material whether it was joy, sadness, laughter or sheer bewilderment.

Highlights include retellings of the beautifully handwritten diaries of Gateshead born Ruth Dodds, author, playwright and political activist caught between her role in making munitions at Newcastle’s Armstrong’s factory and pacifist ideals, the diary of Frederick Tait, conscientious objector, cruelly confined to prison, and letters between long distance lovers.  These dramatic accounts are juxtaposed with newspaper articles, classified ads, sports results and recipes that illustrate the sense of normality that continued throughout the time. 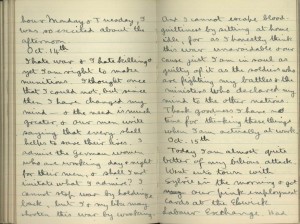 An excerpt from the diary of Ruth Dodds 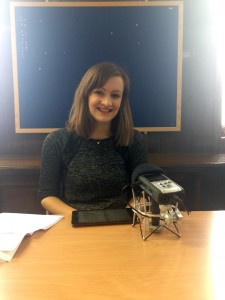 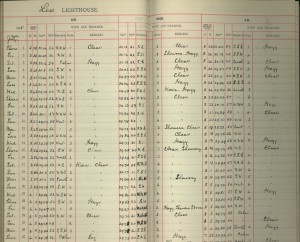 In addition, we worked with a number of historical societies and community groups that are involved in First World War research projects and have been focusing on specific locations and areas of interest. We walked the streets of Heaton, Tynemouth, Fenham and other Tyneside locations with local experts and recorded imaginings of what life might have been like for the people that lived in the houses we passed.

The support from the volunteers has been incredible. Over 100 people have participated so far creating 1000 recordings! We couldn’t have asked for a more committed group of people to patiently sift through countless documents and newspapers, and endure endless takes when their recordings were interrupted by the distant sound of a police siren or ringing bells. We’d like to thank everyone who has taken part so far and hope that the project will continue to spark curiosity in the public and encourage users to explore their surroundings and contribute their own recordings to the stream. 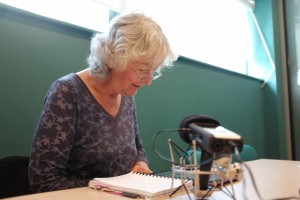 Download and find out more about Tributaries at www.tributaries.org.uk