You may remember the remains of a section of a wooden waggonway were discovered underneath the former Neptune Shipyard not far from Segedunum Roman Fort in the summer of 2013. Before being redeveloped, the site was investigated by archaeologists due to its close proximity to Segedunum and therefore the potential for Roman remains in the area. The unexpected discovery of the rare and substantial remains of an early railway instead was a very welcome surprise. Constructed in 1785, the section of waggonway was identified as part of the route of the Willington Waggonway by local historian and author Les Turnbull. The Willington Waggonway was the collective name for a series of waggonways which were used by horse-drawn waggons to transport coal from collieries at Willington Quay and Bigges Main on the edge of Wallsend to the Tyne for shipment. 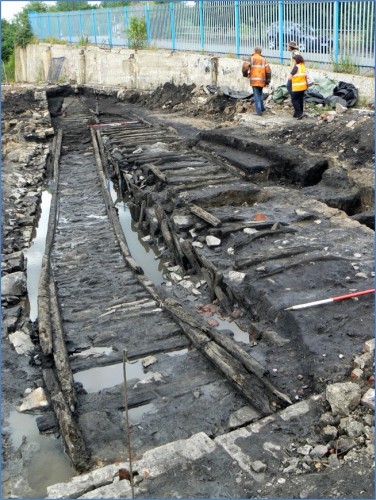 The excavated remains of the Willington Waggonway. Photograph © The Archaeological Practice Ltd.

During the 18th century, the North East emerged as the centre of mining technology and earned a place on the world stage because of the skills of its engineers and miners. The site is considered to be internationally significant for the archaeological record in terms of the development of railway technology. Only one other wooden waggonway has previously been professionally excavated and recorded in Tyne and Wear, that at Fencehouses on Wearside in 1995. However, no recovery of the remains were carried out and the extent of their survival is unknown. The discovery of a section of the Willington Waggonway presents a rare opportunity to study the substantial and well-preserved remains of one of Tyneside’s wooden waggonways.

The excavation at the Neptune shipyard unearthed the most complete and best-preserved section of early wooden railway to have been found anywhere in the world. It also included the only ‘wash hole’ for cleaning and wetting waggon wheels to have ever been professionally excavated and recorded. We knew that wash holes existed through documentary sources, but none had been discovered previously. This gives us an amazing opportunity to learn about their construction and how they were used by the large volume of traffic on the waggonway. 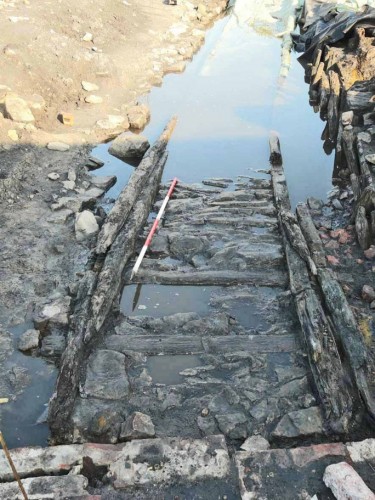 Re-used ships’ timbers also appear to have been used in the construction or the maintenance of the waggonway. If these timbers originate from types of vessels which no longer survive then there is also the potential to learn about their construction. 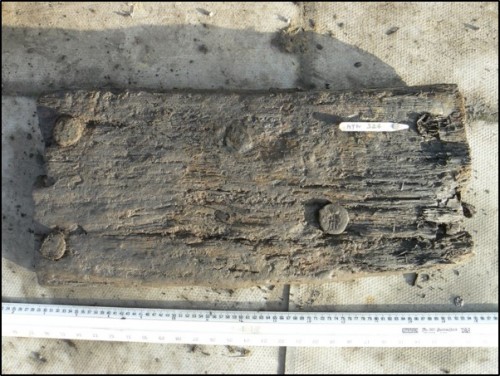 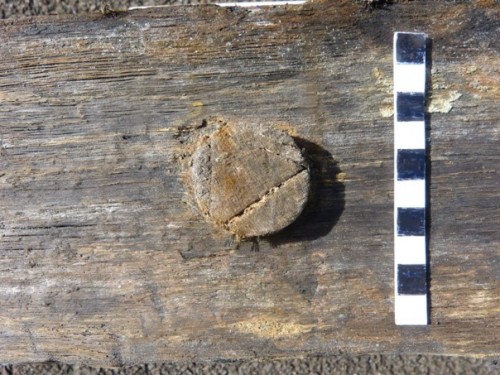 Studying and analysing such a significant and well preserved early railway will allow us to contribute new information to the archaeological record as well as increase our understanding of the technology and innovations of the time.

What’s happened in the last 3 years?

Thanks to the Arts Council England PRISM (The Preservation of Industrial and Scientific Material) fund, TWAM was able to rescue wooden and stone components within a zone 6 metres in length across the width of the waggonway. Representative and significant components were also collected from other locations on the site. 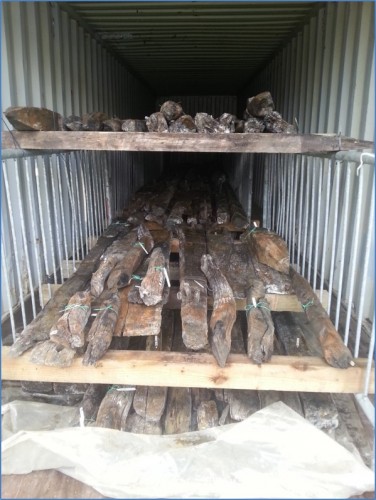 Timbers in storage prior to conservation. Photograph © The Archaeological Practice Ltd.

Samples of the timbers were analysed at the conservation laboratories of the York Archaeological Trust, providing a baseline assessment of the condition of the timbers in general and of their treatment needs. Based on the results, the timbers required consolidation with Polyethylene Glycol (PEG) wax followed by freeze-drying, a process which can take between 24 and 36 months.

Last summer, TWAM secured funding from the Arts Council England Designation Development Fund which will allow us to research, carry out scientific analysis and explore how the waggonway may be displayed in the future. We also intend to create a scale model, develop a publication as well as run both family friendly and specialist events. The project is now underway and will conclude at the end of March 2018.

The timbers will return to the North East in February 2017 to their new home in the Regional Museum Store at Beamish where the stone components are currently stored. Our hope is that this project will be a step towards full scale reconstruction and public display in the future.

Keep an eye out for regular blog posts on the progress of the project as we uncover the secrets of the Willington Waggonway!

Reconstruction drawing of the excavated section of waggonway in use. Image © The Archaeological Practice Ltd.