The Tyne Regatta of August 1843

A few months back TWAM acquired an interesting group of items relating to one of the early Tyne Regattas, held in August 1843. 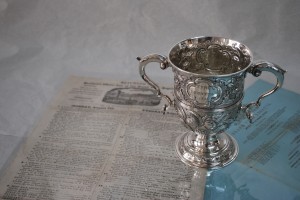 For a modest sum we purchased a silver cup that was awarded to the winner of one of the sailing races, together with a results sheet for the regatta and two programmes for the following year’s event.

The cup is undoubtedly the star item. It was made by the London silversmith Francis Crump in around 1770, so it was already about 70 years old when it was offered as a prize at the 1843 Regatta. 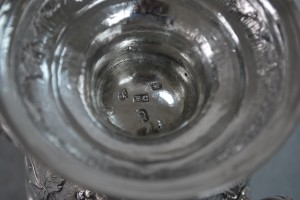 The Tyne Regatta of 1843 was a huge social and sporting event arranged for Monday 7th and Tuesday 8th August. Tents were erected on the sands at both North and South Shields and the band of the 37th Regiment played to the crowds from within Cliffords Fort in North Shields. Fireworks were set off from a moored Keel in the Narrows on Monday night and on the Tuesday night there was a ball at the Golden Lion Inn, South Shields.

There was a mix of races for amateurs (“gentlemen”) and professionals (anybody who wasn’t a “gentleman”). Most were rowing races and the professional classes were dominated by Harry Clasper and his brothers. One of the skiff races was contested exclusively by Claspers after two other entrants withdrew. Harry Clasper won and was followed home by Edward, Robert and William! There were three races for sailing boats, one of which was “for open sailing Pleasure Boats, not exceeding 18 feet over all, managed by gentlemen”. The prize for this race was a Silver Cup and Sweepstakes of half a sovereign from each entry. After a hard fought contest among nine boats the race was won by Anthony Ford Stafford and his crew, G Thomson and J Robb, in Stafford’s boat Venus. 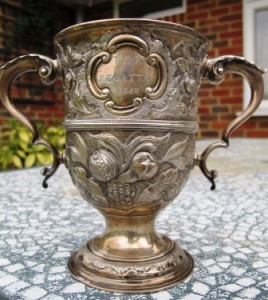 The silver cup was passed down through the family until, earlier this year, Antony Ford Stafford’s great niece decided it was time to return it to the Tyne. 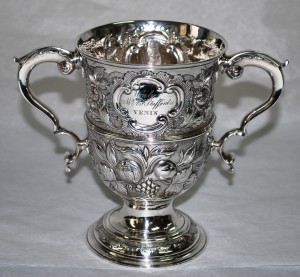 Silver cup engraved with the names of the winning boat, VENUS, and her owner, A F Stafford

I’m delighted that we now have the cup in the TWAM collections. It will soon be on display in a Heritage Lottery funded exhibition we are working on for Discovery Museum in 2012, Home and Away – North East Sport and the Olympics.

9 Responses to The Tyne Regatta of August 1843