The Shipley Art Gallery during the First World War 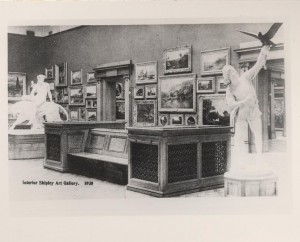 The Shipley Art Gallery around 1920

The Shipley Art Gallery was bequeathed to the people of Gateshead following the death of Joseph Shipley, a local solicitor, in 1909. The architect’s plans for the Gallery were submitted to Gateshead for approval in October 1914. With hindsight, it is hard for us to imagine that towns were planning major projects like this during the First World War. However in autumn 1914, the British people were convinced it would be ‘all over by Christmas’.

Despite this belief coming to nothing, Gateshead continued to build the Gallery, even travelling down to the House of Lords to appeal against a ban on providing new materials except to the War Effort. The building opened in 1917 and is a testament to local pride and craftsmanship.