The Service Women of WWII – by Hannah Mather, Customer Service Assistant and Volunteer

During the warmer months, the spotlight shone on the women working in agriculture, in place of the men that were now serving in the military. The Women’s Land Army was featured on the covers of Woman magazine with issues like the ones below, from May and August, which show full page illustrations of women, proudly wearing their ‘Land Girl’ uniforms, identifiable by their striking green jumpers over white shirts and golden badges. 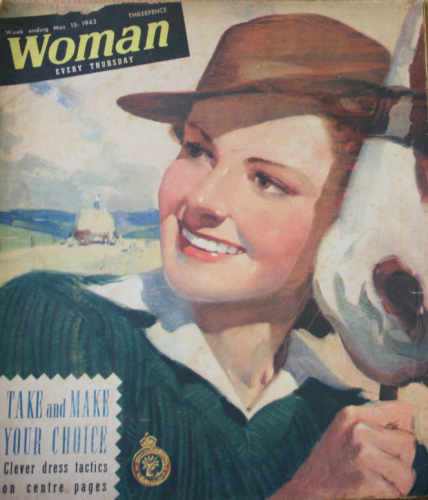 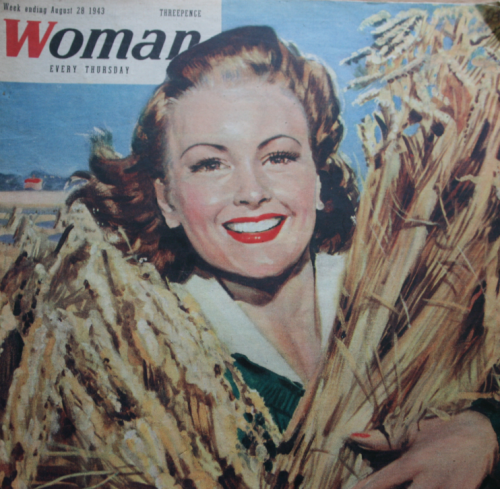 The badges upon closer inspection were enamelled brass with imagery of freshly harvested, golden corn in the centre of a green background. It was surrounded by a circular band that has Women’s Land Army engraved into it and topped with a golden crown; much like the one pictured below, from Tyne & Wear Archives & Museums’ collection. 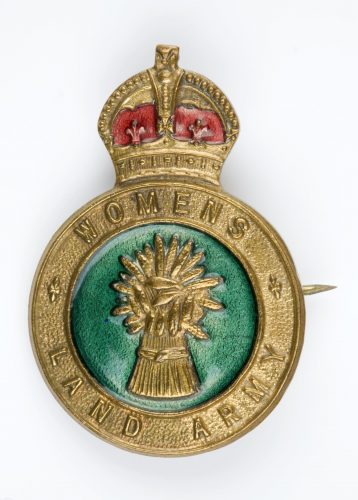 The Women’s Land Army was a British Civilian organisation that was set up originally during WWI.  It was once again called upon and re-founded just before the outbreak of WWII so that the men, who had been working the land, could fight in the military. This was in fact the case with many crucial services that had once been male dominated; during WWI we see the emergence of many women’s service groups that were once again called upon during the outbreak of the Second World War. Other civilian organisations which were important during the war included the Women’s Auxiliary Air Force (WAAF) who became responsible for the assembly of weapons, as well as the building of aircraft and other vessels, such as ships over time as their roles became more varied.

The National Fire Service (NFS) was another, well known civilian organisation that proved to be crucial during WWII. The NFS had both male and female members with women often having administrative duties such as staffing communication centres. Their uniforms were dark blue with the NFS logo, as shown below on this cover illustration of Woman magazine from 17 April 1943. This service would often respond to the aftermath of Blitz attacks and was a dangerous job. 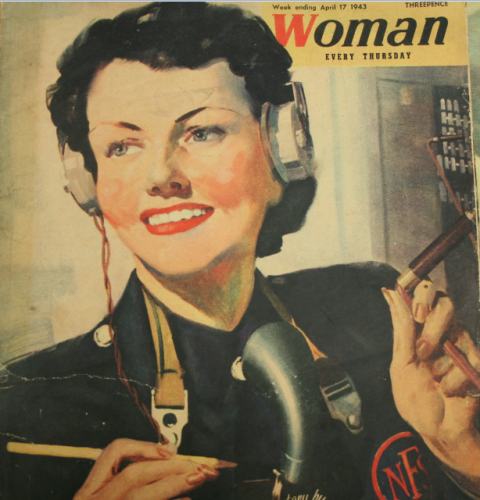 Women’s service groups were highlighted quite often in Woman, with regular articles from the Women’s War Service Bureau dealing with a variety of wartime topics. There was an interesting article about service women’s uniforms in an issue of the magazine dated 28 August 1943; this extract can be seen below. 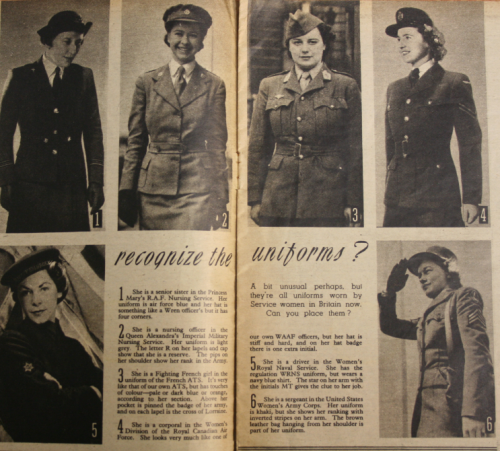 Images included in this article are of uniforms that were worn by Service Women in Britain during WWII. There are also some which were not British and the article discusses similarities and differences between the various group’s uniforms.

It cannot be doubted that the women’s contribution to the war effort during the First and Second World Wars was great. Many women took on roles that had previously been considered to be masculine jobs and played their part in keeping things going in a time of need. When the men were called away for military service, the women were called upon to fill their jobs and many took up work in factories, as well as on the land and in other services. Women began to feel, as a result of this, that they were capable of much more and it began to change people’s views on what women could do.

One Response to The Service Women of WWII – by Hannah Mather, Customer Service Assistant and Volunteer