The Laing Art Gallery during the First World War 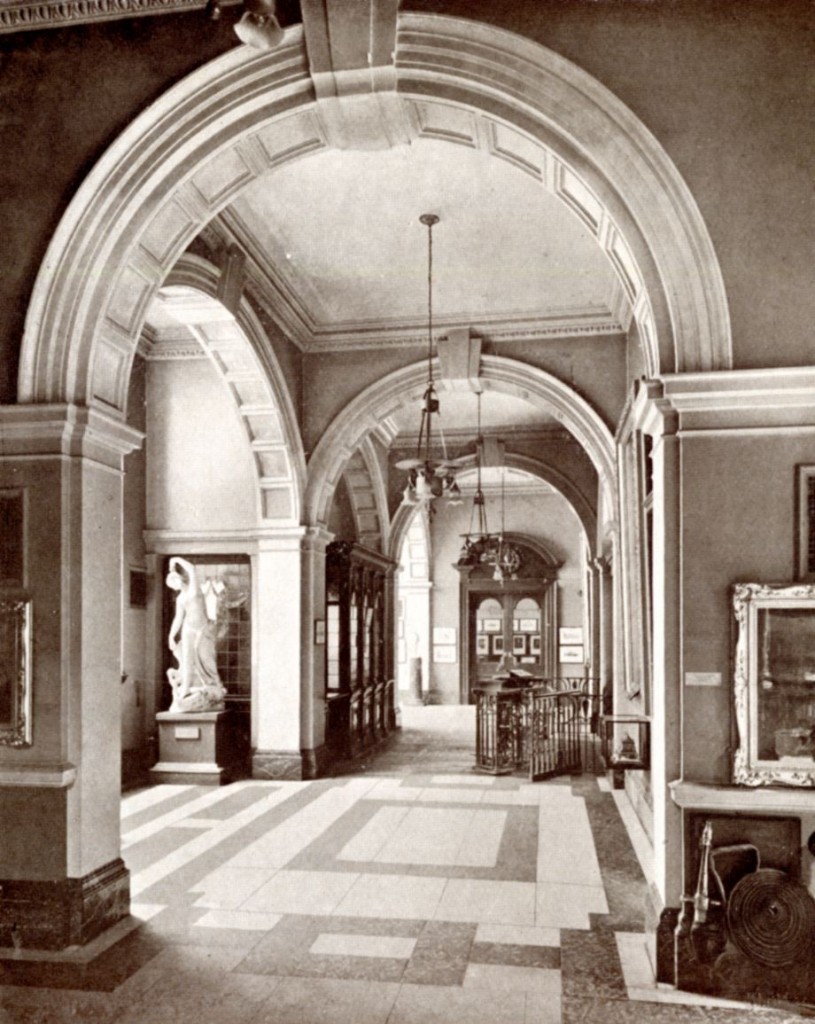 The entrance hall of the Laing Art Gallery, about 1916

During the difficult times of the First World War, art shows continued at the Laing Art Gallery and provided a welcome respite for many people. As the war went on, the Government toured several exhibitions around the country to inform and involve people in the war effort.

In March 1917, the Gallery showed an exhibition of Canadian Official War Photographs. Soldiers and sailors were admitted at half price, hospital patients got in free, and all profits went to the Canadian War Memorials Fund. This was followed by an exhibition of drawings by Muirhead Bone, sketched on the battlefields of the Western Front.