This final post on the Family La Bonche Circus Collection focuses on Steve Cousins – fool, street performer, and one time ‘Britain’s Got Talent’ contestant – who happens to be husband to Madame La Bonche, donator of the La Bonche collection to Discovery Museum.  In a previous post titled ‘Tools of the Trade’, it was noted that La Bonche collection consists of items gathered from contemporary circus performers and artists throughout the region.  Several of these items, which include a bundle of hair and a human-sized trick balloon, once belonged to contemporary fool Steve Cousins.  To delve into the stories of these rather wacky items, I’d like to explore how they relate to their former owner through the concept of ‘the fool’ as a character and entertainer.

An important aspect of any performance is to have the right look for the act. Iconic depictions of the fool vary from a zany and aloof jester-like character to a poor and ragged hobo-like character.  In the case of Steve Cousins, his main persona (he has a few i.e. Dental Dan, Steve Mischief, and The Balloonatic) consists of bright colours, big hair, and a friendly demeanour – more similar to that of the jester.  And so, one of the more unusual items in the La Bonche collection is a bundle of Steve’s bouncy spiral locks.  As hair is quite a personal thing and one of Steves’ more recognisable features, perhaps this item will give future inquirers insight into the persona of a world-travelling, self-described fool.  Why else would this bundle have been considered and cut for donation? 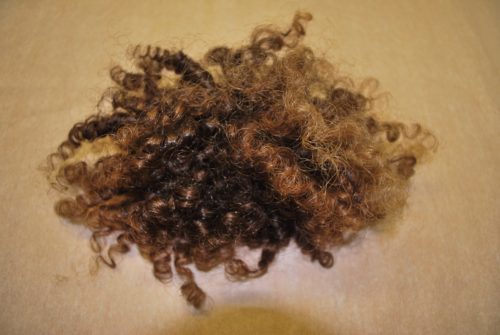 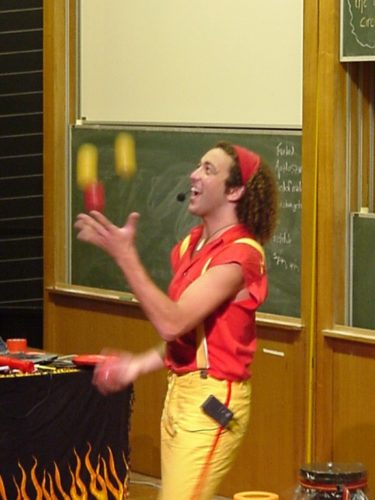 Apart from the look, a performer must capture and engage their audience through an associated act.  The most famous act of the family-friendly persona of Steve Cousins would be that of ‘The Balloonatic’.  This act consists of a man in spandex that inserts himself in a comical manner into a large inflated balloon and moves about.  Its lasting appeal is due to its simplicity.  As intended, the act looks quite ridiculous and requires no culturally specific knowledge to be humorous.  Steve has performed the Balloonatic in 17 countries on four continents.  No doubt it has been so successful due to its slapstick visual comedy which is easily accessible to both children and adults.  In fact, in 2008 Mr. Cousins was featured on Britain’s Got Talent to perform The Balloonatic.  He was initially buzzed out by the judges, but given a second chance to perform in another round.  For those interested, Simon Cowell most definitely smiled and laughed – a true testament to the power of ‘the fool’.  You can watch his performance here

Although Steve has performed in various coloured balloons, red is the most frequently used.  A now-retired performance balloon has been added to our collections.  For a long time, it has been debatable as to whether these are custom made or purchased from a speciality supplier – I’ve certainly never seen a balloon this large at a party store – but it has been established that they are custom made. 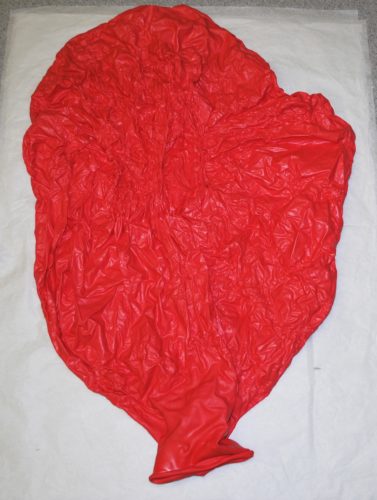 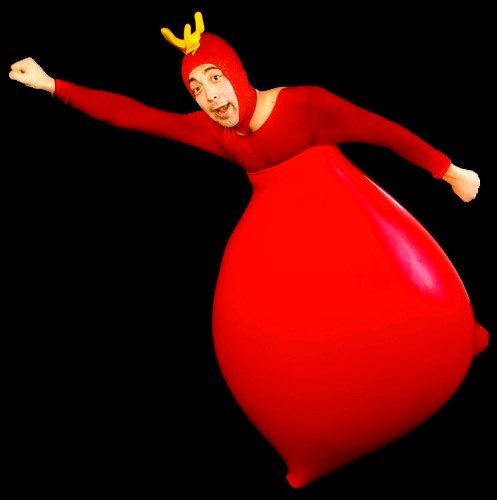 For additional information, videos and photos, feel free to check out The Balloonatic website: www.theballoonatic.net/

Delve into the drama of the big top and explore the incredible stories behind the spectacle in Circus! Show of Shows (until 2 June 2019), Discovery Museum