This post explores the world of circus skills and equipment using objects from the La Bonche circus collection at Discovery Museum.

As artists, circus performers aim to awe and entertain through the use of their bodies and physical talents.  Different performances require certain skills to carry them out, such as balance, acrobatics or manipulation, among others.  Oftentimes, performers develop interdisciplinary skills in order to carry out multifaceted performances. Examples of this would be a clown (theatre) who also uses a trapeze (acrobatics) or unicyclist (balance) who also juggles (manipulation).  Once mastered, many skills are transferable to different types of equipment and performances. In the La Bonche collection there are many objects which represent a variety of acts and skills; here I’ve listed a few under different circus skills to illustrate some of the tools of the trade:

Skill set: Balance – when one balances themselves or an object.

Object 1: Unicycle (user must balance their body on one wheel). 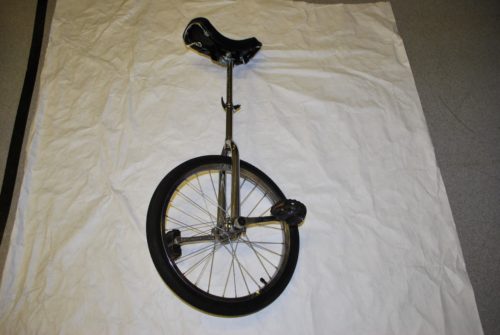 One of the more versatile pieces of circus equipment, the unicycle allows the user to engage in multiple activities at once, such as juggling, clowning or theatrics.  Although heavily associated with circus and festival communities, unicycling has expanded to be become a relatively popular hobby.  This one was last used in St. Charles car park, Gosforth and owned by Helen Averley aka Madame La Bonche.

Object 2: Aerial Rope (user must balance their body on a thin rope). User climbs the rope and holds on using different physical figures or knots in the rope. 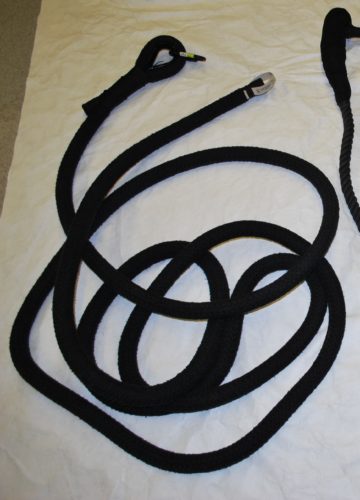 Ropes have many practical uses, but a popular circus use is that of ropewalking.  In this context, ropewalking is performed in one of two formats, tight rope or slack rope.  Depending on the give of the rope, the centre of gravity of the walker changes which requires different positioning to stay atop.  Acts incorporating ropewalking can include acrobatics, partners performing atop, or walkers balancing additional items on themselves.  This particular rope is a cotton aerial rope, with an eye at one end which has quick link which is used to fix to an anchor point and a loose end at the other. Once suspended it works in a vertical plane and can be used to climb up to another piece of aerial equipment, eg trapeze, or used as a piece of aerial equipment in its own right. It was donated due to reaching its age requirement, 5-8 years, for after a certain period of years, all textile equipment must be disused to prevent breakage and injury to users.

Skill set: Aerial acrobatics – when one does hanging acrobatics or dance moves. 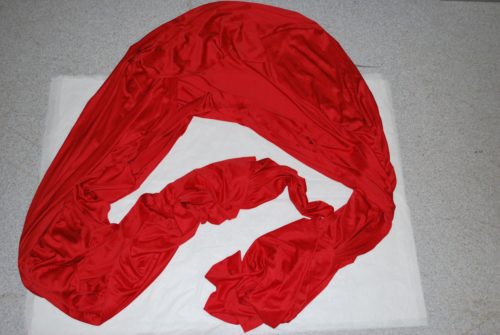 Aerial silks must be both flexible and strong to allow for complicated movements; as a result, they are generally made from a 2-way stretch polyester lycra.  An aerial silk performer creates routines and tricks rooted in three types of moves: climbs, wraps, and drops.  To give a proper sense of scale, this silk is half the length of those typically used for performance.  Additionally, just like performance ropes, silks have a predetermined expiration date in order to ensure safety.

Object 4: Trapeze (user must hang from a horizontal bar in the air). 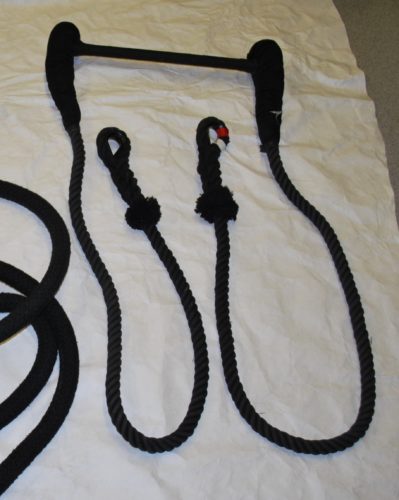 One of the more traditional performance arts, trapeze can be performed with single, double, or multiple artists.  Not simply used for swinging, creative manoeuvres can include hanging from feet, chins, elbows and knees.  This particular trapeze was used in regional Hang Aerial Dance shows Sirens & Sailors in 2005, Get Knotted in 2007, and Buzz Off in 2008. It has been rigged from trees, outdoor aerial structures, buildings and from a Tall Ships rigging. It was used and owned by Helen Averley aka Madame La Bonche.  Along with the rope and aerial silk, it was donated due to reaching its use expiration date for safety reasons.

Skill set: Manipulation – when one controls the moving of objects in space. 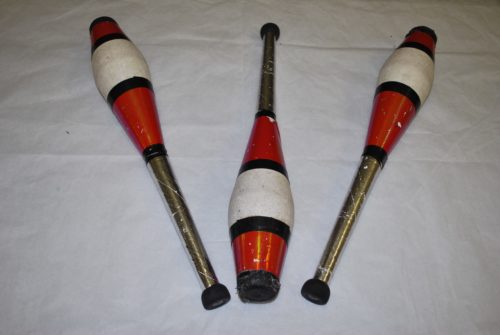 Heavily worn and dented, these juggling clubs are one of the older items in the collection.  They formerly belonged to Mike Bridges, a juggler who taught circus skill and workshops within the region beginning in the early 90s.  These clubs could easily be 20+ years old.  They are lightweight and hollow with the heads slightly heavier than the handles, allowing for spin when thrown into the air. 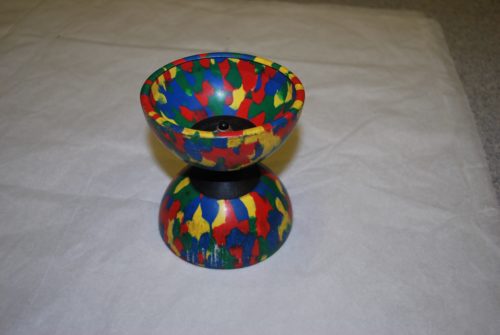 Colourful and active, diabolos easily draw the eye in and allow for a large variety of tricks, including spins, tosses and multiple diabolos being manipulated on one string.  The modern diabolo originated from a Chinese form of yo-yo and despite its devil-sounding name, diabolo is a combination of the Greek words ‘dia’ and ‘bolo’ roughly meaning across throw. 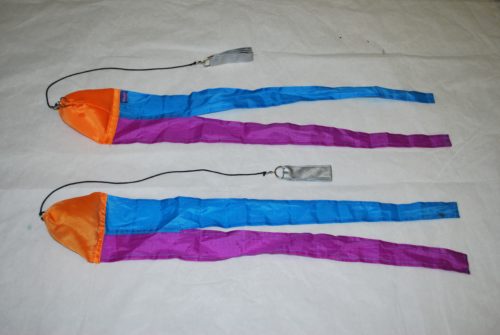 Poi refers to both the performance and the object being used; it is an object manipulation art originating from a Maori martial  tradition, where weighted objects are purposefully spun from a cord using the hands and wrists.  Poi has been adopted by the circus community as a form of show, typically with added elements for an increased effect such as music, streamers, or lights.  These in particular are bags filled with little balls for weight, they are attachable to poles or sticks to be swung and feature streamers.

Delve into the drama of the big top and explore the incredible stories behind the spectacle in Circus! Show of Shows (until 2 June 2019), Discovery Museum