The Cultural History of Technology

The theme for this week is ‘the cultural history of technology’, and this Wearside-designed and built ship’s engine in our collection always starts people talking. 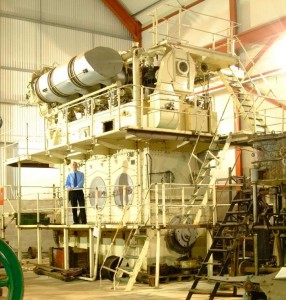 Our Doxford ship's engine, designed and built at Pallion, Sunderland, with my colleague Graham for scale

The first thing people usually comment on is its enormous size – it is 7 metres high and weighs in at 125 tonnes – but the conversation usually gets round, sooner or later, to what it meant to a town (as it then was) like Sunderland to have people around who designed and developed, marketed and made engines for ships that supplied the world with food, fuel, raw materials and manufactured products.

So how can industry and technology shape a community’s culture?

One way is by providing opportunities to young people for learning, education and personal development.  Apprentices at Doxford’s often progressed to careers in the merchant navy, with the chance to travel the world and to work with people from a wide range of cultures and nationalities. 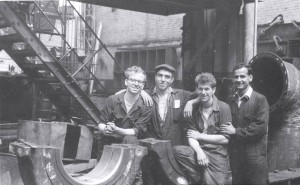 The apprenticeship system of training, usually referred to as ‘serving your time’, was a key rite of passage in the life and culture of many industrial communities.  What other characteristics might an industrial community share?  Typically, an industrial community might be one where most workers could hear the factory hooter from their home; where people lived, worked and found entertainment together; and where young people tended to follow their parents’ generation into the same workplace and to marry someone with a similar family background.

Was this a sound prescription for social cohesion, to use a modern term; or did it nurture inward-looking communites, lacking in aspiration and inherently resistant to change?

What have we lost, and what have we gained, by consigning that era to the past? 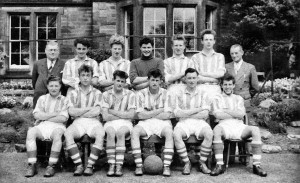