Stephen Graham is a previous recipient of the Henry Rothschild Ceramics Bursary. In this guest blog, he describes his experience of winning the prize and the work it allowed him to pursue.

On reflection, the resulting work I’ve made for the Shipley/Rothschild Bursary started when I was studying at the Royal College of Arts. I don’t think I realised how connected the work was at the time. It almost draws this body of work to a conclusion yet opens up many potential future projects and ideas. 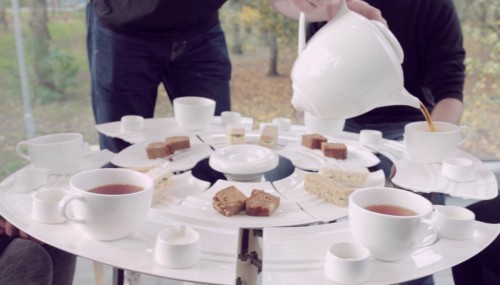 When I was at the RCA I researched the idea that objects can affect the way we interact with one another through exploring tea drinking. I developed pieces that made the users dependent on a central saucer/tray for their cups to function. This concept underpins my work to the present day and I’ve approached this idea from varying angles. 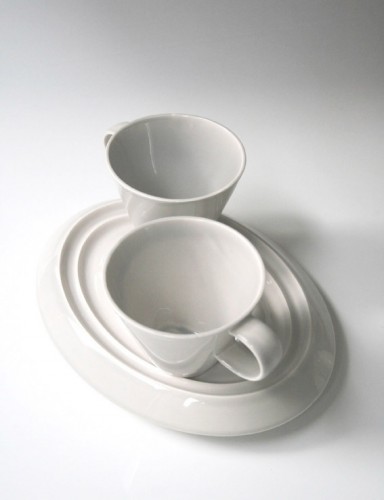 One thing that became apparent to me was that I was making pieces that were about creating rituals, yet I had never recorded the pieces in use or held an event in which people came together and used the ceramics. The Rothschild Bursary gave me the opportunity to think about ceramics as a performance and consider the work in action as opposed to a still object. Through doing this, I’ve been able to work on a bigger scale and for the first time work with film. 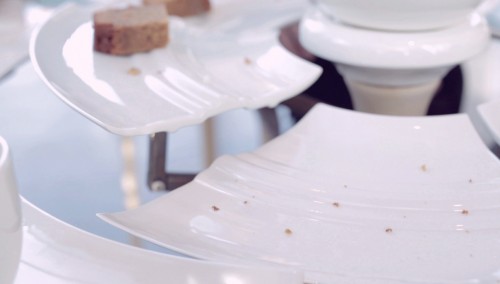 Over the 2 years of the bursary, I produced, changed and changed again the design and size of the piece. It’s also allowed me to work with new materials and processes I haven’t worked with before. 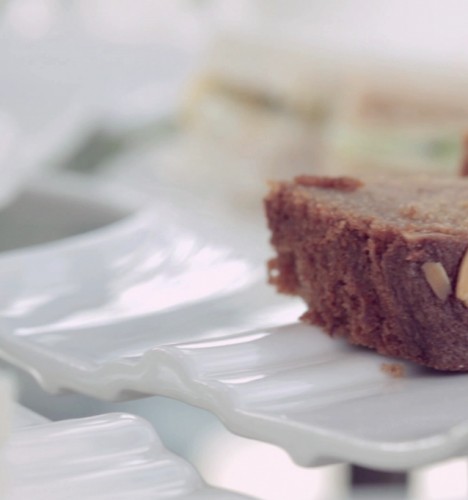 The final piece is a table. The wooden central leg rises up to hold six metal arms curving slightly upward with uprights on each end. The arms hold profiled ceramic saucers/plates, which create a visual of two rings of ceramic. A cup, a jug and a sugar bowl nestle into each profiled saucer and the inner plate is empty for food. Finishing at the top of the central leg a ceramic pedestal holds the teapot. 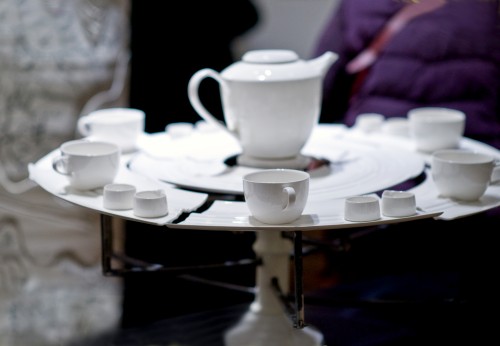 Each arm is balanced so once the cups are filled and/or the cups are removed to drink from it causes the opposite users saucer to move up or down. The intention is for the users to become more aware of the other user’s movements and when they are about to drink (the plates for food also move when food is lifted).

Once the piece had been made I had to go and find a venue to shoot the work in use. I already had ideas for this after seeing the recent refurbishment at the Whitworth Art Gallery (Manchester). Their new cafe was perfect. It is set amongst the trees of Whitworth Park. The cafe walls are glass and so the light in the space is beautiful which complements the work perfectly. The light on the porcelain emphasised the curves and detail in the work but also created shadows which highlight the movement in the piece when there was a shift in balance. 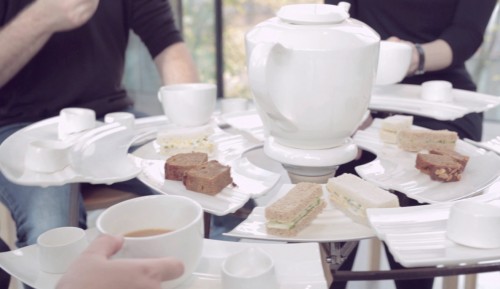 I invited a range of people to come to tea (who were happy to be part of my film); these people included curators from Manchester Art Gallery, a local potter and artist, a member of the ceramics biennial (Stoke) and a member of a Manchester based arts organisation.

This was the first film I’ve made and was a real learning experience! I was lucky to work with an experienced filmmaker and although we’d talked about how we’d organise the shoot, directing a film is a very different process to ceramics. It’s quick and everything has to be organised as there is only one opportunity to capture the footage. It was also interesting collaborating with a filmmaker as it removes a level of control. I relied on the filmmaker to trust he understood my vision for the film. The language of film is so different to material language and I felt it was important that the two were cohesive. It came together in the end, but I learned a lot on this journey which I will consider on future film work. 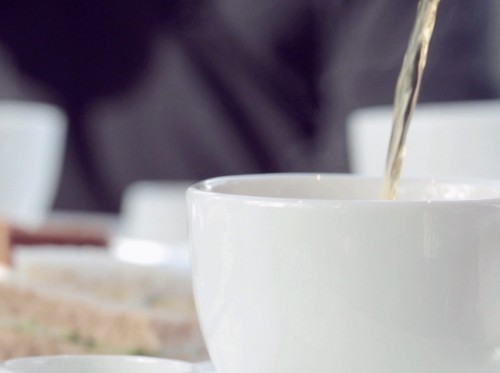 This project has pushed me and inspired me with new pieces of work, with film involved.