1 to 7 June is Volunteers’ Week, an annual event which celebrates the fantastic contribution that millions of volunteers make across the UK. The Week helps to raise the profile of the countless volunteers who regularly contribute to society, while inspiring others to get involved too.

I’d like to pay tribute to the dedication of my volunteer team at South Shields Museum & Art Gallery, who work alongside me in researching, cataloguing and making accessible the Museum’s fascinating social history collection. 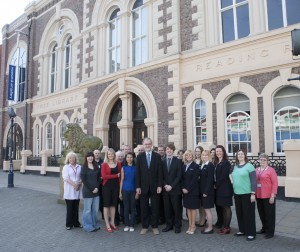 The first volunteer I ‘recruited’ was Dorothy in 2008. Dorothy had been instrumental in securing an important collection of artefacts relating to the South Shields born poet and author James Kirkup, for South Shields Museum, and in 2008 she agreed to help with the cataloguing of these items. 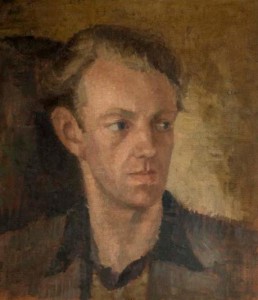 They included several beautifully crafted silk kimonos (owned by James when he lived and worked in Japan); an oil painting by Maurice Feild of James as a young man; a typewriter used by James to draft many of his works; as well as other personal family mementoes, including a barometer owned by James’ Granny Kirkup who lived on Ada Street in Westoe, South Shields. 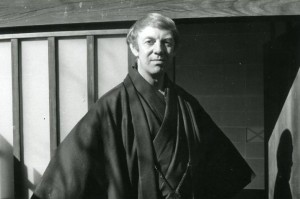 Dorothy, a retired schoolteacher, has admired James’ work since her student days, and she now curates the James Kirkup Collection, which is housed between South Shields Museum and South Tyneside Central Library, following James’ death in 2009.

Following on from Dorothy’s success at cataloguing the Kirkup items at the Museum, I persuaded (she might say coerced!) her to stay on and catalogue a collection of photographs taken by Miss Amy C. Flagg, showing the grounds of her house at Westoe Village, South Shields, in the 1930s and 1940s. Amy lived in a grand villa called Chapel House, with a large adjoining garden, and her photos also record bomb damage to the house and garden during the Second World War. 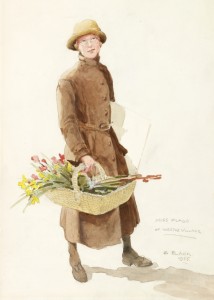 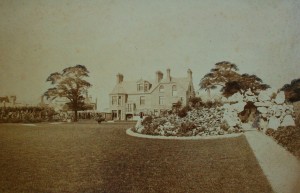 News of Dorothy’s volunteering endeavours at the Museum soon spread, and it wasn’t long before she was joined by another keen recruit, Margaret. Dorothy and Margaret teamed up for the next task – to sort through, research and catalogue a large collection of personal effects owned by the late James Shepherd Hooper, a sea captain who was born in South Shields in 1894. The Hooper Collection is a fascinating record of one man’s life and career at sea, including service in both World Wars. 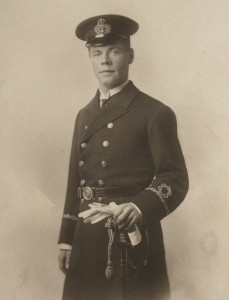 Dorothy and Margaret did such a sterling job with the Hooper Collection that they won the ‘Collection Care Award’ at the North East Regional Museums Hub Volunteer Awards in 2009.

I’m convinced that good things come in pairs, because I was soon to gain not one but two new volunteers, Jean and Wendy. With a passion for local history and plenty of enthusiasm, Jean and Wendy set about their first task – to research and catalogue a collection of items relating to Mr Maurice W. Mackay, a sea captain in the Merchant Navy who received medals in 1917 and 1919 for his actions in connection with enemy submarines and for saving lives at sea. 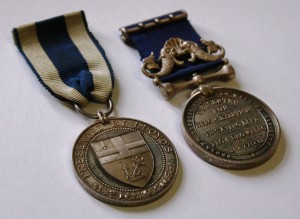 Between them, Dorothy, Margaret, Jean and Wendy have helped to research and document many items at the Museum. In addition to the projects mentioned above, they have also worked on a fascinating collection of items relating to Joseph Cunningham, who ran a hairdressing business from the front room of his terraced house in South Shields, from the 1930s to the 1960s; a collection of glass slides, taken by members of the South Shields Photographic Society in the 1920s; a large collection of 35mm slides taken in the 1960s and 1970s by South Shields resident Ronald Sanderson; a set of caricatures depicting local sporting personalities, drawn by Mr J. Foreman of Whitley Bay in the 1930s (using the pseudonym ‘Bos’); photographs taken in the 1970s and 1980s by Bob Renaut, a lecturer in art, design and photography at South Shields Marine & Technical College; and many more items and collections besides. 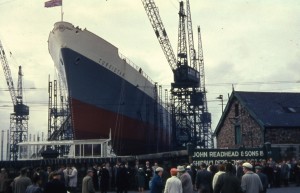 Having a dedicated team of volunteers working with me at South Shields Museum is so beneficial; Dorothy, Margaret, Jean and Wendy are passionate about their local history and have a wealth of local knowledge, which is something that I constantly draw upon, not being from the North East myself. But, with their help and guidance, I’m learning!

I’d like to say a big thank you to my volunteers at South Shields Museum & Art Gallery, and to the 500+ individuals who volunteer at Tyne & Wear Archives & Museums venues each year.

If you’d like to find out more about some of the projects mentioned above, check out Dorothy’s and Jean & Wendy’s blog posts.