Singing Sands of the Northumberland Coast

Several years ago while cataloguing material in the Hancock Museum rock collection I came across some packets of sand. They didn’t contain a great deal of information apart from the localities that the sand had been collected from – the Libyan Desert, Biarritz, Cote des Basques beach and Tasmania, Binnalong Bay, to name but three. Some samples were gathered much closer to home, from beaches at Holy Island (Lindisfarne), Druridge Bay and Alnmouth. Intriguing notes such as ‘Singing sand (Blyth D: sang on beach)’ provided tantalising clues as to the origins of the collection, but I was too busy to dig deeper. 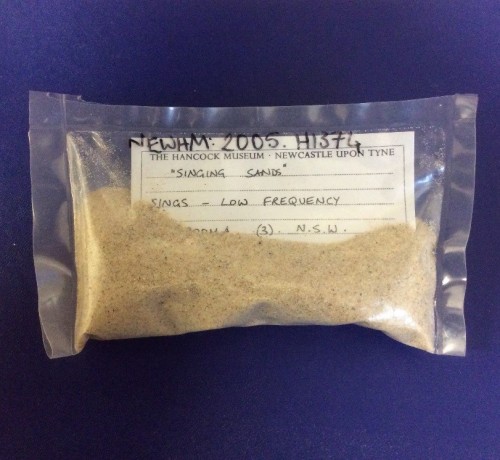 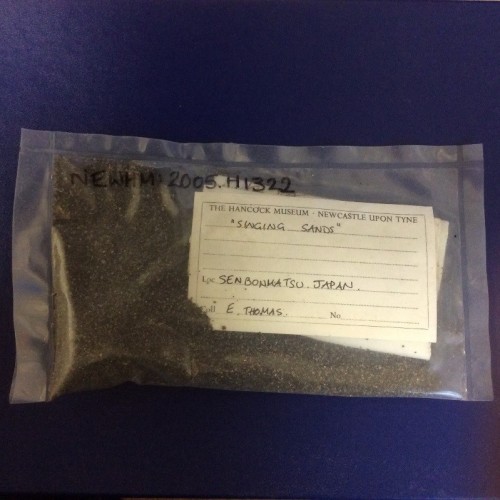 Several months later a retired researcher contacted me about our ‘Singing Sand’ collection. Putting two and two together, the packets of sand started to make sense. A little online research revealed a series of publications dating from the 1960s that summarised the findings of a musical sand research project at King’s College (Newcastle upon Tyne). 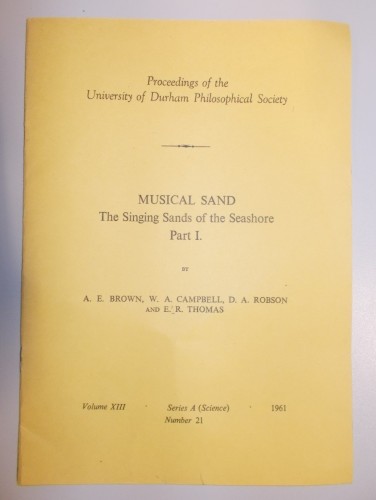 MUSICAL SAND: The Singing Sands of the Seashore, Part 1

In the 1960s, inspired by a passage from the ‘Cruise of the Betsy’ (published in 1858), a project aiming to provide an explanation for the singing sands phenomenon was embarked upon by a group of Newcastle-based academics. The starting point was a geological investigation to examine the physical properties of the sand grains – sphericity, absence of dust on the surface of the grains and uniformity of grain-size. It was concluded that dry beach sand would not sing in the absence of any one of these conditions. Acoustic experiments were also conducted in the laboratory, sound being produced by striking the sand with a pestle.

Intrigued by these findings, working with Tim Shaw of Newcastle University in the spirit of preliminary creative research to inform a potentially larger piece of work that is still being considered, we are hoping to make audio recordings on local beaches where the sand has been reported to sing.

I’m already planning a Summer break on Eigg, in anticipation of hearing the famous Singing Sands on the north coast of the island. 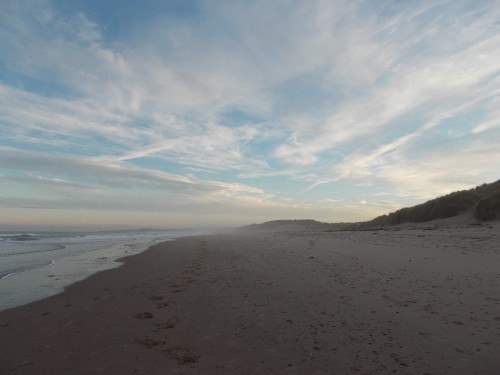 More information about singing sand in the collection can be found at: collectionssearchtwmuseums.org.uk

2 Responses to Singing Sands of the Northumberland Coast