Tyne & Wear Archives is delighted to present a new flickr set remembering Sunderland ship launches of the past 150 years. The set has been produced to celebrate Sunderland History Fair, which will be held at the Seaburn Centre, Sunderland on 7 June. I’ll be attending the Fair and will have some original shipbuilding archives with me.

The images cover a wide period with the earliest image showing the barque ‘Vencedora’ ready for launch by Robert Thompson’s shipyard at North Sands in 1860, while the final image shows the roll-on / roll-off ferry ‘Superflex Bravo’. She was launched by North East Shipbuilders during the final years of shipbuilding on the River Wear. 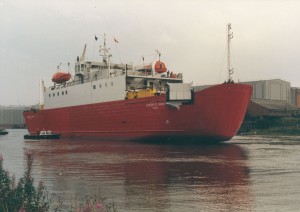 The set reflects some of Sunderland’s great shipbuilding achievements, such as the development of turret ships by William Doxford & Sons Ltd in the 1890s and the design of the SD14 by Austin & Pickersgill Ltd in the 1960s. 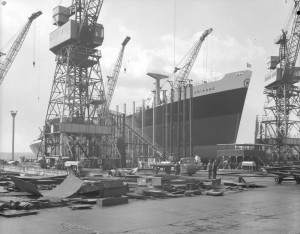 There are also images documenting Sunderland’s contribution to the Royal Navy during the First World War. William Doxford & Sons Ltd built and engined 21 torpedo boat destroyers for the Admiralty between 1914 and 1918 and the flickr set includes four photographs of HMS ‘Opal’, launched by the firm on 11 September 1915. 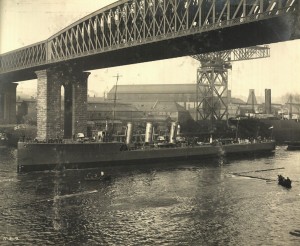 During the First World War HMS ‘Opal’ was based at Scapa Flow and in 1916 she took part in the Battle of Jutland, the largest naval battle of the War. Tragically, ‘Opal’ was wrecked on 12 January 1918 along with HMS ‘Narborough’ after both ran aground during a terrible storm off the Orkney Islands. Only one man (William Sissons) survived, while 188 others lost their lives.

The set also includes images of two ‘half ships’ built on the Wear. There’s the ‘Rondefjell’, known locally as the ‘Half Crown Ship’, because she was built by John Crown & Sons Ltd and launched in two halves in 1951. 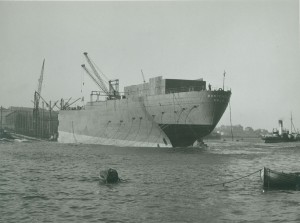 By building in this way the firm was able to build longer vessels than would otherwise have been possible at their yard. The aft and fore sections were towed to Middle Docks at South Shields where they were joined in October 1951. 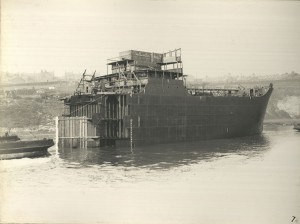 ‘Vardefjell’ belonged to the Norwegian Merchant Fleet during the Second World War but on 13 December 1942 tragedy struck while she was serving as part of an Atlantic convoy. Two days after leaving the Clyde the ‘Vardefjell’ broke in two during a heavy storm and the forepart drifted off with the loss of all those on watch there. Fortunately the 29 crew members on the aft part survived and eleven days later on Christmas Eve they were rescued by fisherman off the Faroe Islands. The relief that those men felt must have been tinged with the sadness of remembering those who could not be saved. The remains of the vessel were towed to Kirkwall and were later joined on the River Tyne to the new fore-part built by Laings. A more detailed account of those events can be found on the Warsailors.com website.

These are just some of the many fascinating stories to be found in our Sunderland shipbuilding collections. To find out more why not visit the Archives? You can find details of our location and opening times on our website. Alternatively, you can catch me at the Sunderland History Fair on 7 June where I’ll be delighted to chat and answer any questions.