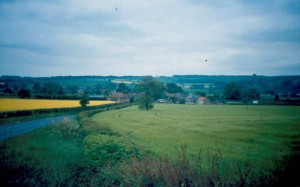 There’s a special exhibition of Ralph Hedley’s paintings at the Shipley Art Gallery, Gateshead, until 2 November 2013, but here’s some stuff about the famous Tyneside artist you won’t find in the exhibition.

First of all Ralph Hedley’s not from Tyneside. He was born in the north Yorkshire village Gilling West , and, though he lived in Newcastle from about 18 months old until he died in 1913, he said that he always thought of himself as a Yorkshireman.

The Farrier’s Arms in Gilling West was the first house he lived in. The last was in Bellegrove Terrace, Spital Tongues, Newcastle, and on 14 June 2013 it will be 100 years since Ralph Hedley died there.

The house in Bellegrove Terrace has a blue plaque commemorating Hedley, but it is empty now and starting to fall to bits. Years ago the house was taken over by the Bellegrove Hotel next door, and now both buildings have been abandoned. 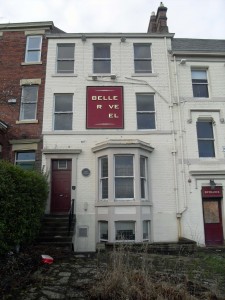 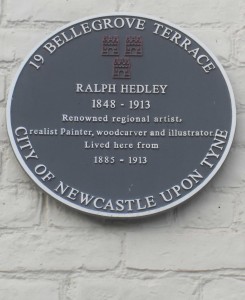 “I stayed at Belle Grove Terrace quite often and went with RH on what he called his “constitutional” before breakfast, a walk up the terrace and through the iron gates at the top. I can remember very clearly that he wore knee breeches and fine black stockings and red morocco slippers. I was knee high to a gnat then and very close to the flapping slippers which had no backs on them.”