TWAM have just completed a 1 year project with Historypin.org collecting life stories, photos and digital oral histories with older people. The project is called Historypin Connections and can be found here – www.historypin.org/en/connections-tyne-wear.

My colleague Clara had links with a few people in the LGBT+ community and we thought it would be a good idea to collect their stories. We felt it was incredibly important to collect these stories to ensure the Connections project was representative of all the residents of Tyne and Wear and the participants were delighted to be part of the process.

‘I realise I’m getting older and I hope I have helped the LGBT community a little, about my experiences of coming out in the 1980s’.  (Gary Short, Participant)

It was really rewarding and a privilege to record these stories,. We think it’s important for TWAM to collect these stories as they are an incredibly important part our contemporary social history collection.

The Rainbow stories collection on the Historypin website can be found here – www.historypin.org/en/rainbow-stories 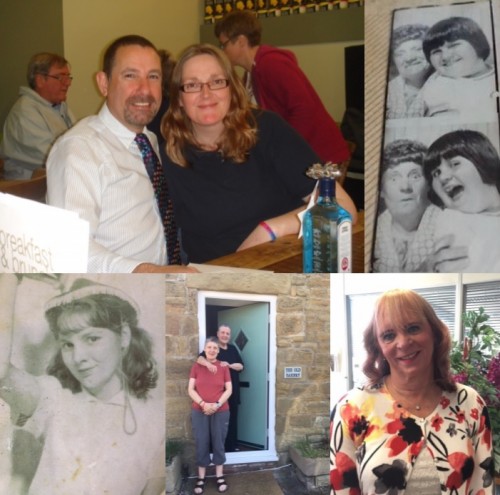 ‘I didn’t know where I belonged because boys were of no interest to me whatsoever. I had two brothers that I lived with and I thought they were pretty disgusting, so they were no mystery to me. Girls on the other hand, I didn’t understand them at all…they seemed utterly alien. Then I couldn’t figure out where I was supposed to fit, until considerably later. I did used to have fantasies about rescuing, if I had a crush on a certain girl I would have fantasies about rescuing her from certain dire occurrences and she would be so grateful she’d let me kiss her on the cheek or something. That seemed perfectly natural to me, it didn’t seem odd at the time because it was about me and clearly that was trying to tell me something. I’d never heard the word Lesbian mentioned, uttered in my house.’ 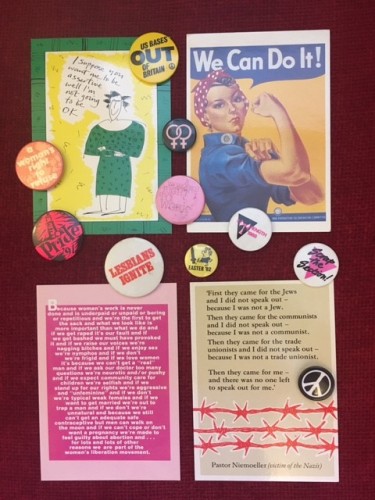 A selection of Kate’s promotional flyers and badges 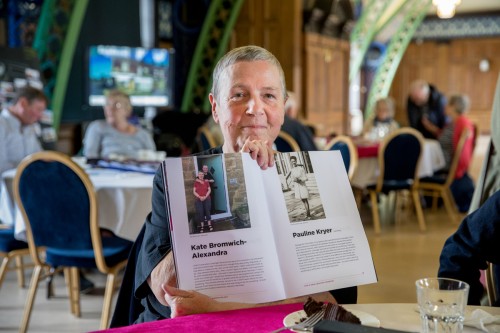 Kate proudly showing her page in the Connections Celebration Book

This is just one example of the many stories we collected.

The organisers of the annual Northern Pride Festival, recognised that these stories were important and should be shared and wanted to show them on the huge screens on the stage at the event this year. Clara edited them into small sections of stories so they could be shown in between the acts on the main stage across both days of the festival in July 2017. 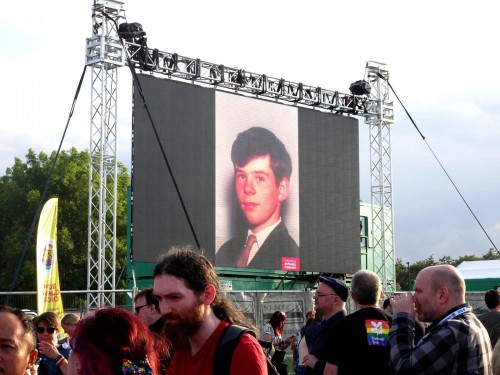 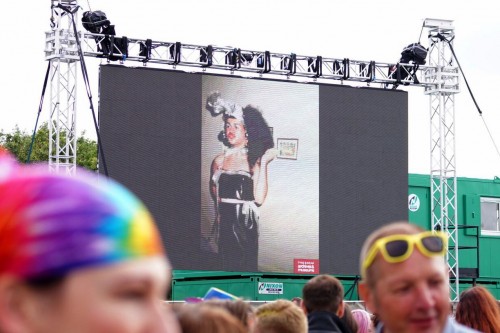 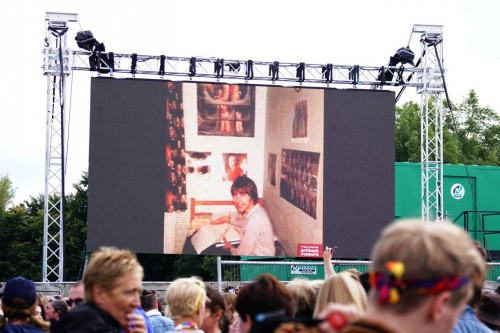 Thousands of people attended the festival over the weekend and hopefully enjoyed listening to our participants. The recordings and photos are now going to be archived into the museum’s collections. 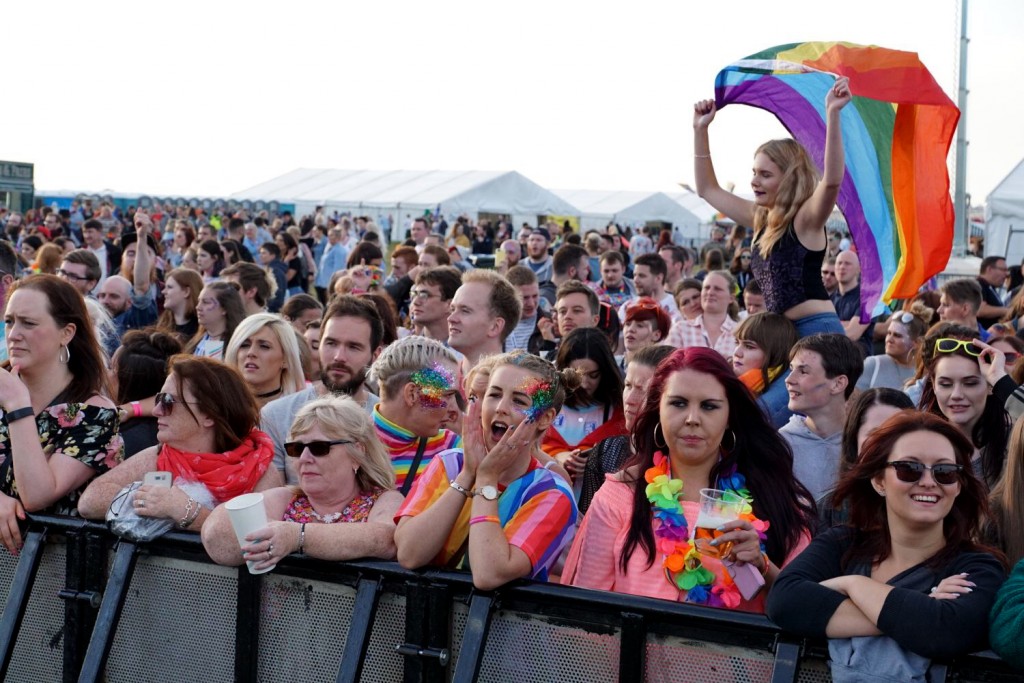 The crowd watching the stories at Northern Pride