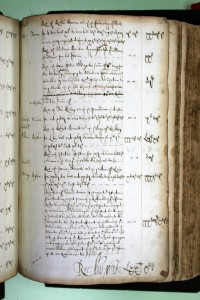 We know this because in the Archives are stored the Newcastle Chamberlains’ accounts for the years 1508 until 1835.

The entry we looked at read…”bill of charges for the wiches for 2 weekes ending the 23th (sic) of August 1650 and other charges for executing the prisoners” was £15 19s 2d.

Lask week Christina, one of the Archives Conservators, was cleaning and stabilising once of the volumes so that the fascinating information they contain can be accessed more easily by researchers and historians. Here are some pictures of her at work. 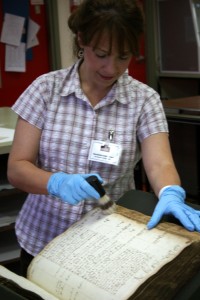 Using the shaving brush to remove dust and loose dirt 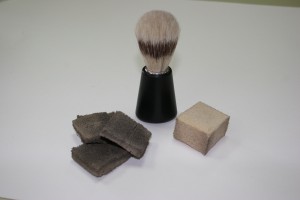 Tools of the trade! A clean shaving brush used for dusting and pieces of the conservation sponge before and after showing how much dirt has been removed

Other payments recorded in the volumes included:

“Paid for wine for Mr Maior and Alldermen the 5th and 6th November and for my lord Newcastle and his gentlemen £6 4s 8d” (1642) (Guy Fawkes night?) 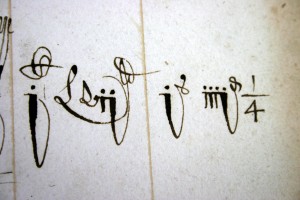