Posters from the Hatton Archive

As part of the International Print Biennale, we’ve been showing a selection of exhibition posters from the Hatton archive. Until the early 90s the Hatton formed part of Newcastle University’s Fine Art department and between the 1950s and the early 70s posters for numerous Hatton exhibitions were produced in-house.  Many of them were hand-printed in the department and can be considered art works in their own right. 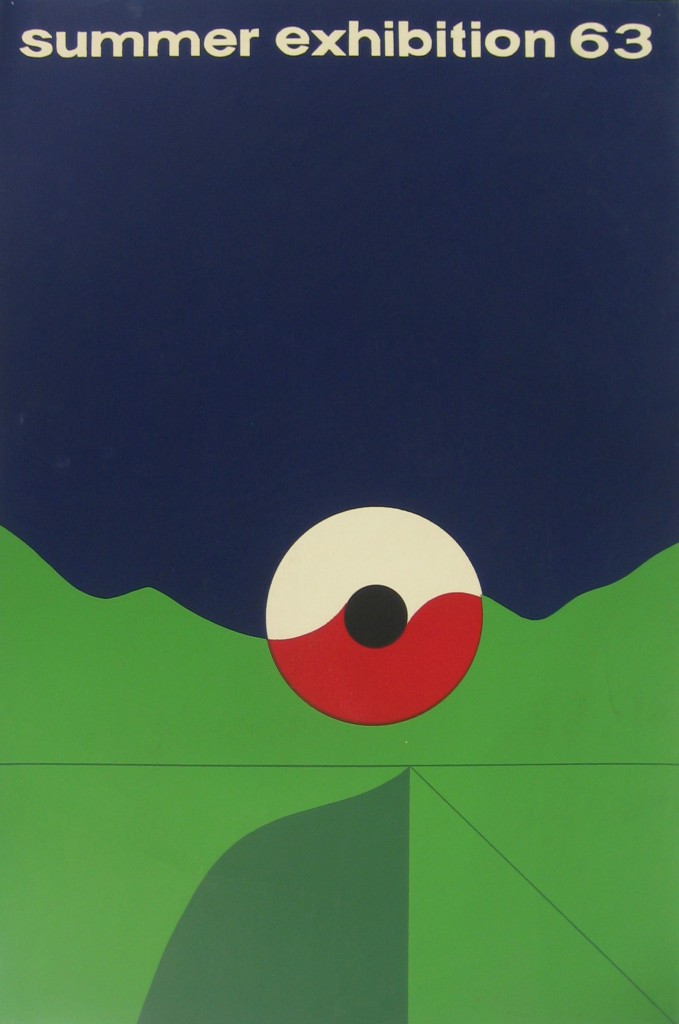 Poster for a 1963 student summer exhibition

These early posters are refreshingly free from corporate branding or logos, though sometimes their lack of information makes it hard to decipher a date. The layout, image and typography are specific to each exhibition. Posters for the various staff and student shows are sparely designed and strikingly bold, using shape, colour or typographical motifs. Some, like an especially beautiful poster for Keith Vaughan’s 1956 exhibition at the gallery, are based around an image by an artist.

Even where external designers and printers were used, the posters are of exceptional quality. Kelpra, a famous London screen-printing studio, produced starkly beautiful posters for exhibitions by Victor Pasmore, Joe Tilson and Scott Campbell. 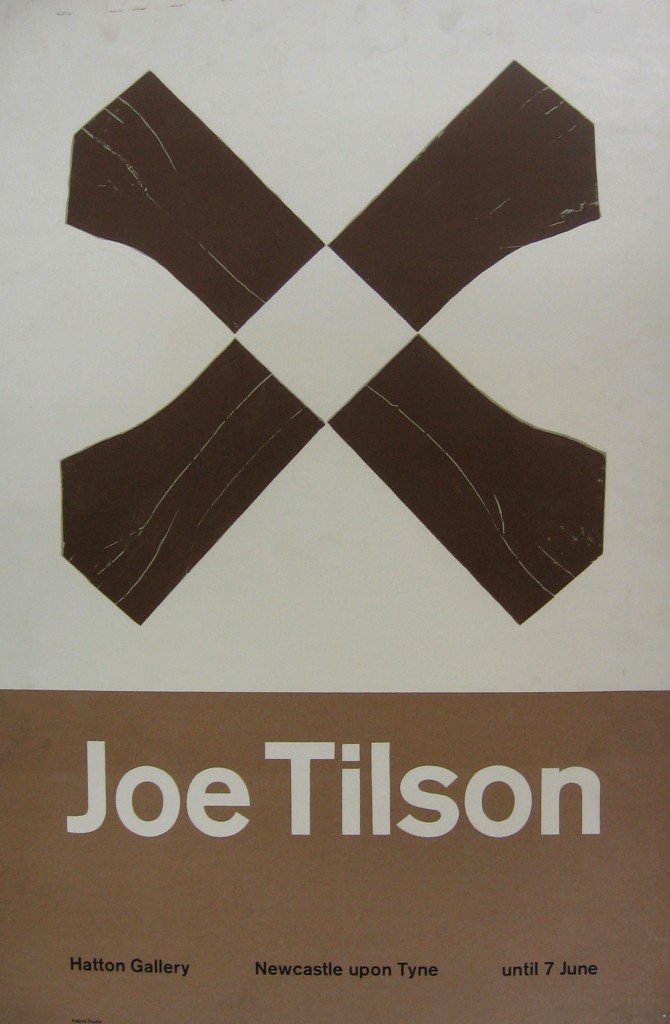 Another screenprint, Richard Hamilton’s poster for his reconstruction of Marcel Duchamp’s Large Glass (made in a studio here and shown at the Hatton before being sent to London for the Duchamp retrospective at Tate in 1966) is a highlight of the archive, as much a reworking of Duchamp by Hamilton as the recreation of the Large Glass itself. 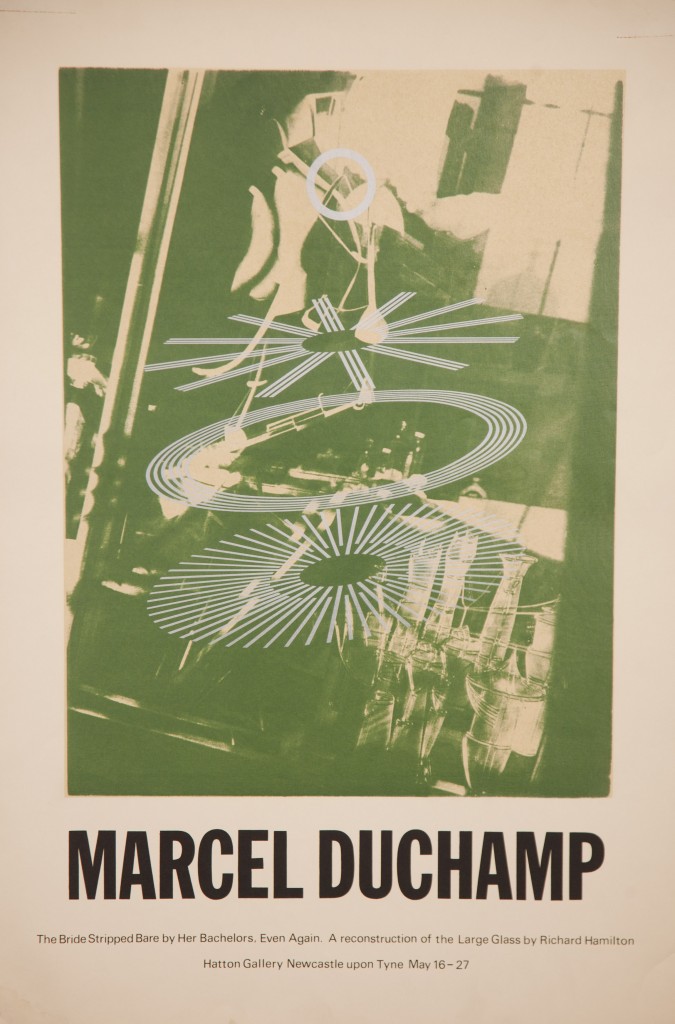 The poster for a Francis Picabia exhibition curated by Richard Hamilton in 1964 is entirely text-based, featuring suitably dada-esque proclamations in French, including the claim that although the artist was an “imbecile” he’d at least “saved [Jean] Arp from constipation”. While we were installing the show, we heard the sad news of Richard Hamilton’s death at the age of 89. These posters, along with a print by the artist from the Hatton collection, became an impromptu tribute to him and his huge contribution to the Gallery. 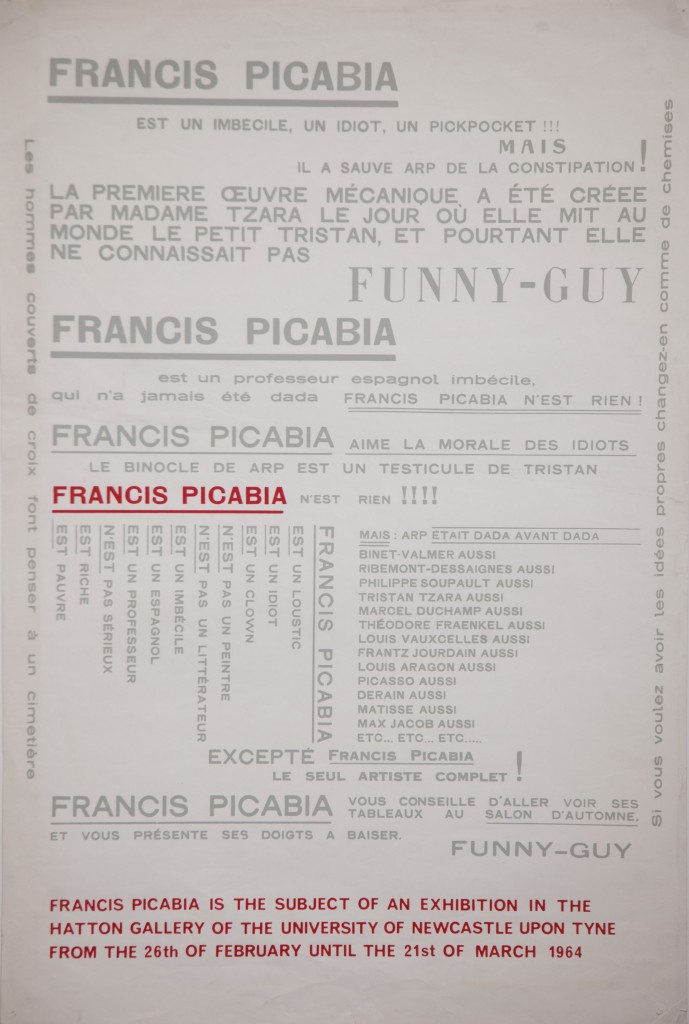 Poster for a 1964 Francis Picabia exhibition curated by Richard Hamilton

The posters have received a great response from visitors while they’ve been on display and seem to have spurred memories for many former staff members and students. One wrote: “I was a student here (66-70) so some of these posters are real memory-stirrers. […] Good memories, too, of some exhibitions I visited as a school student.” Another said: “I was a student 1960-64 and remember well Scott Campbell, Pasmore – and babysitting for Tilson! What names come back!”

Roger Palmer, now Chair of Fine Art at Leeds University, visited the Gallery only to discover his name on a staff exhibition poster from 1972. When the printmaker Kip Gresham came to the Hatton to give a talk with the artist James Hugonin, he told us he’d hand-printed that very same poster as a student in the Fine Art Department. He showed us where the type was ever so slightly uneven (which of course we hadn’t noticed), the result, said Kip, of working with Letraset. 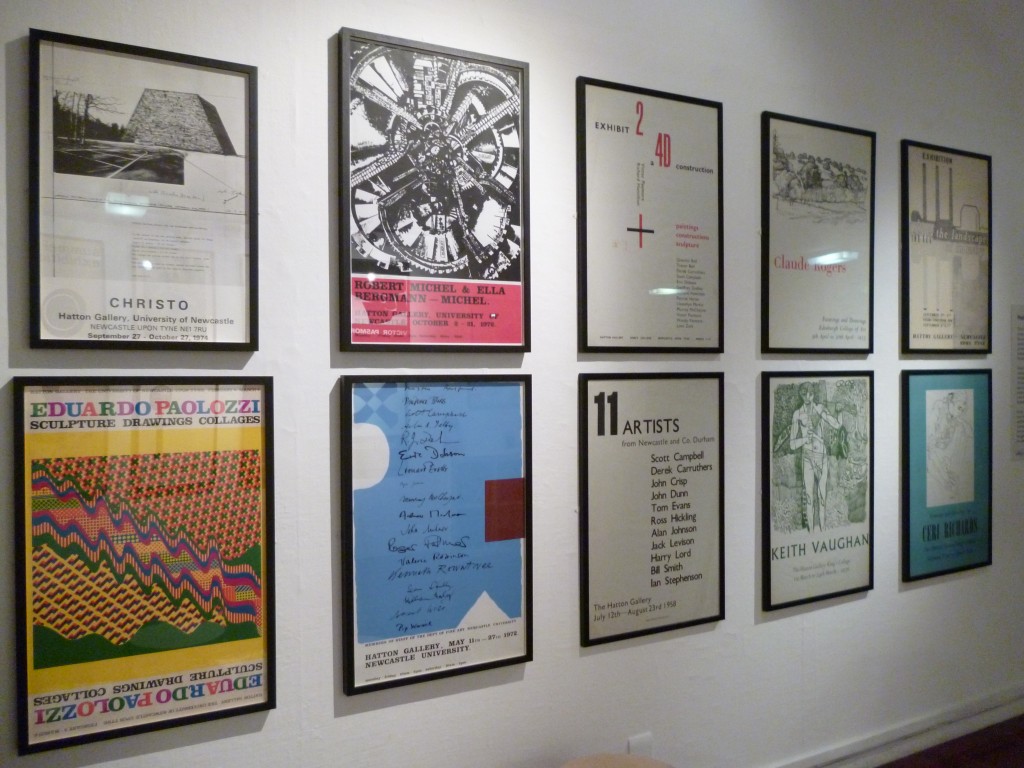 As the 1970s went on posters became marketing tools more than artistic statements and their aesthetic values inevitably changed. The need for logos, visitor information and funders’ credits altered them irrevocably. Posters became more useful but also less beautiful. Just for once though, the poster commissioned for the International Print Biennale from street artist Parra, seen outside the gallery and around the city, aims to revive something of that older tradition. 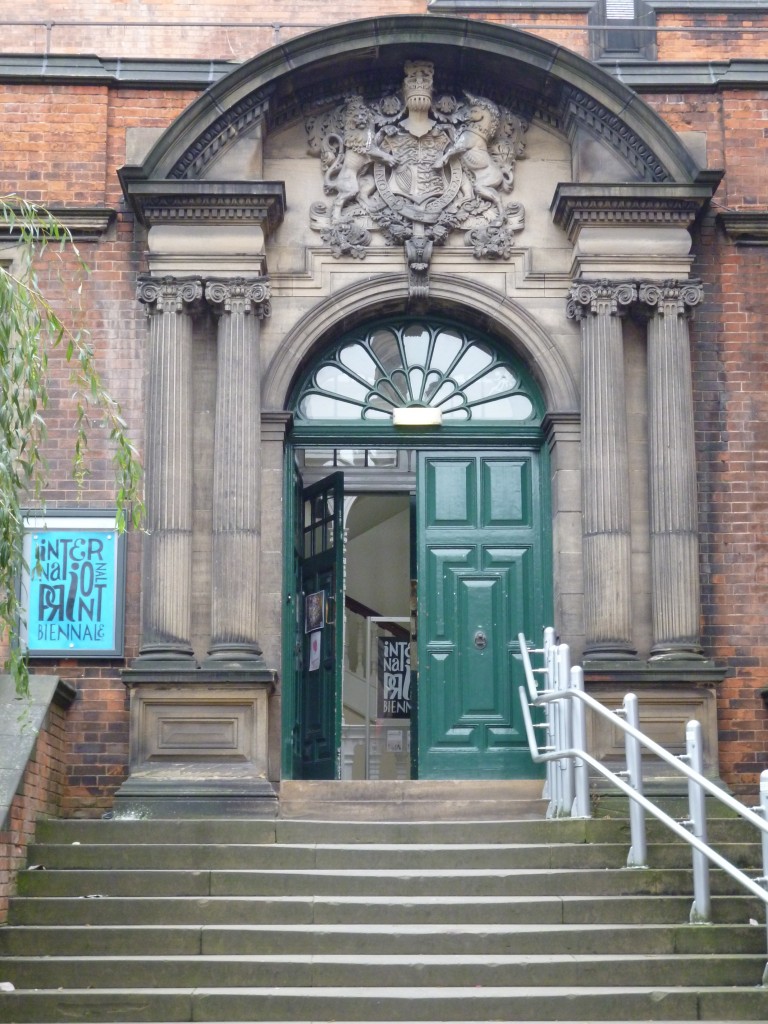 International Print Biennale posters by Parra at the Hatton Gallery

If you have any memories of the exhibitions in these posters or perhaps even had a hand in making some of them, we’d love to hear from you. Leave a comment below or contact us at info@hattongallery.org.uk.

2 Responses to Posters from the Hatton Archive