On the Origin of Species – Charles Darwin and the Natural History Society of Northumbria. A Guest Post by Rebekka Noonan

My name is Rebekka Noonan and I am a Psychology student at Newcastle University. During my time as a volunteer in the Great North Museum: Hancock Library, I have discovered the fascinating links between Charles Darwin and the Natural History Society of Northumbria.

Charles Darwin (1809-1882) is perhaps one of the best known scientists in modern human history, with his theories concerning the evolution of all known life forms defining much of our understanding of natural history. What is perhaps less well known about Darwin, however, are the links that he has to the  Natural History Society of Northumbria (NHSN). This society is based in the Great North Museum: Hancock and also has its Library located there. 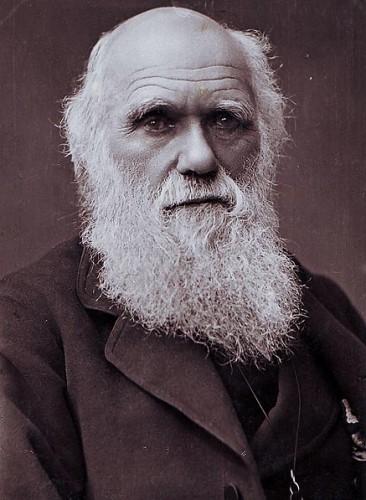 The NHSN has built up a wonderful library of books since its formation in 1829.  This includes a rare first edition of Darwin’s seminal text “On the Origin of Species” which outlines Darwin’s theory of transmutation and evolution. The book was based on his many years of work in accumulating evidence to support his theory, beginning with his famous trip on the HMS Beagle in the early 1830s. Despite this, “On the Origin of Species” was only published in 1859 despite the core ideas of his influential theory being present in Notebooks that he produced as early as 1837.  In these, Darwin had begun to comment on the role of selective breeding in evolution, viewing selection to be ‘the keystone of man’s success’. In fact, Darwin’s complete theory is thought to have been prepared as early as 1844, yet its appearance in print was delayed by many obstacles that prevented its immediate publication as a combination of evidence and theory into a cohesive body of work.

Alongside his ill health, one other concern that plagued Darwin in his apparent reluctance to publish was the potential impact that such a work, which rejected the existence of an almighty divine creator of all creatures, would have on a highly religious population, a population that included his religious wife Emma Wedgewood.

Interestingly, the copy of “On the Origin of Species” in the NHSN’s possession was bequeathed by a person who rejected the ideas put forward in Darwin’s work – William C Hewitson. Hewitson (1806-1878) was from Newcastle upon Tyne and a founder member of the NHSN. 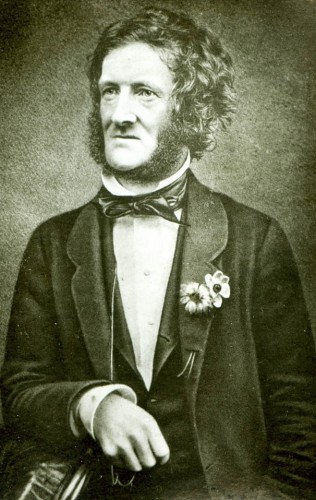 He was also a wealthy collector of birds, illustrated books (many of which, along with “On the Origin of Species”, were donated after Hewitson’s death to the NHSN and remain in its present day collection), and perhaps most notably, butterflies, which Hewitson viewed as being perfect and coming from the hands of the creator. It is fitting then in his work “Illustrations of New Species of Exotic Butterflies” (also in the NHSN Library) Hewitson noted that if he could ‘find one grain of truth in the chaotic jumble of Mr. Darwin, his lifelong pleasure and occupation would be taken from him.’ 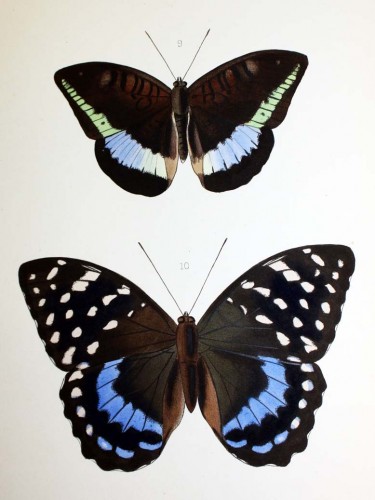 Image from Hewitson’s “Illustrations of New Species of exotic butterflies”

Hewitson, however, is not Darwin’s sole link with the NHSN, as another founding member of the society, Albany Hancock (1806-1873), engaged in correspondence with Darwin. Albany Hancock was the older brother of John Hancock and was a highly respected and skilled anatomist and artist, with wide ranging zoological interests. The letters received by Hancock from Darwin are transcribed in the “Natural History Transactions of Northumberland and Durham, Volume VIII 1880-89″. The correspondence began in late September 1849 after Darwin wrote to Hancock concerning the latter’s work on the burrowing barnacle, which began a lengthy correspondence of which 20 known letters were detailed in the Transactions. The subject of the correspondence concerned theoretical discussion of barnacles, in particular anatomical adaptations concerning boring, mostly centering around Hancock’s Alcippe Lampus. Within the correspondence there is documentation of the exchange of specimens, paired with the post examination thoughts of each. Unfortunately the Transactions only contain the letters received by Hancock from Darwin and not those that were sent by him, so the full correspondence from both sides is not recorded. Despite this there does appear to be much mutual interest and respect between the two, with Hancock being later noted as a supporter of Darwin.

The NHSN library also contains a first edition of a two volume work written by Charles Darwin’s grandfather, Erasmus Darwin (1731 – 1802). The book is titled “Zoonomia, or, the Laws of Organic Life”, published 1794 – 6. Despite the fact that both Darwins were never alive at the same time, Charles was a great studier and commenter on his grandfather’s publication.  “Zoonomia” was one of the first naturalist works and touched upon the idea of a common ancestor, and the idea of natural selection of which Erasmus said ‘the strongest and most active animal should propagate the species, which should thence become improved’. These ideas can be clearly seen in the acclaimed works that were produced by his grandson and which still resonate so powerfully to this day.

All of the books that are mentioned in the above article are included in the collection of the Natural History Society of Northumbria which is located in the Great North Museum: Hancock Library. The Library is free to use and is open to everyone. Further information about the Library can be found at the following website https://greatnorthmuseum.org.uk/collections/library-and-archives

5 Responses to On the Origin of Species – Charles Darwin and the Natural History Society of Northumbria. A Guest Post by Rebekka Noonan