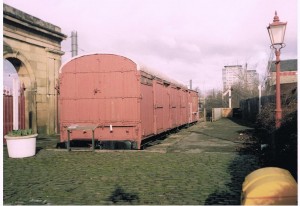 The Sidings Area is an original feature of the station when it opened in 1848. It is shown on the 1st Edition of the Ordnance Survey (10 feet/mile scale) for Sunderland produced in 1857. It is a dock platform designed to enable the loading and unloading of road carriages on and off railway wagons. Although the station originally had a siding with animal pens at the south end of the platform, animals could also be loaded and unloaded here and it is known that circus animals, including elephants, were unloaded here in the 1940s and 50s. 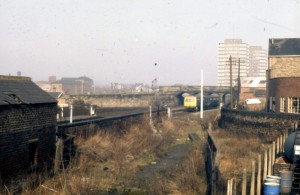 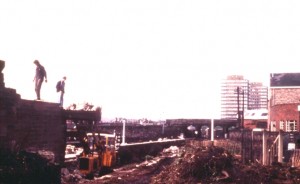 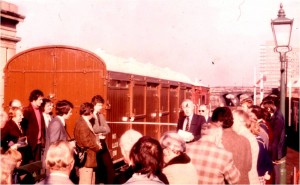 When the station was bought by the Council in 1972 and converted into a museum the purchase did not include the Sidings Area which had fallen into a state of dereliction. However, a move was made to acquire the site from British Railways and in 1976 the land was leased from the British Railways Property Board, cleared and restored. This included demolishing some existing derelict buildings, such as the lamp shed, that were not original parts of the station. The track also needed relaying. An original signal and loading gauge were also set up within the Sidings Area. The Sidings Area was opened to the public as a new display with the two restored wagons in 1977. The interpretation was by graphic panels but the public had to appreciate the wagons from the outside as access inside them was prohibited.   The land was eventually purchased from British Rail in 1989. At this time some restoration of the wagons took place.

During the 1990s the Museum grew in popularity but the building was growing tired and by 2004 required new heating, rewiring and repairs to the stonework and roof. The displays also needed replacing. The Sidings Area was originally included in the works with plans for a shelter to keep the worst of the weather off the wagons being part of scheme but because of the cost of the works the Sidings Area had to be put on ice until the main building had been dealt with. So when the Museum, which had closed in August 2005, re-opened in 2007 the Sidings Area was kept closed. 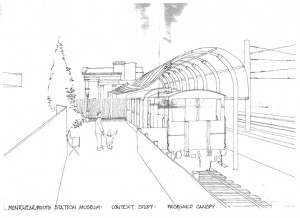 The original proposal for a shelter was in 2002 but did not make it into the final restoration project of 2007. 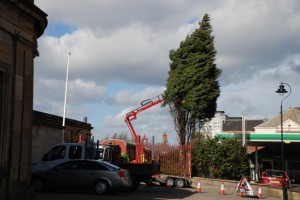 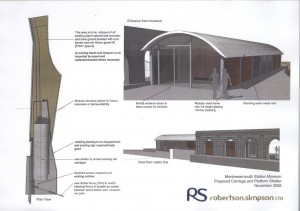 A new design for an all enclosing building was developed from 2008.

The future of the site was debated and a new scheme, that included a building rather than a shelter, was prepared. Works that could be done easily and inexpensively were carried out in preparation such as the removal of trees and vegetation. In 2008 Robertson.Simpson was appointed as the Design Consultant and an affordable scheme was developed. The money for the building works came from a Department of Culture, Media and Sport Capital Grant. Once the scheme had been agreed in 2009 planning permission was sought and in 2010 the contract for the main builder was put out to tender and Meldrum Construction, a Birtley based firm, was appointed.

As the Museum is a Grade 2* listed building English Heritage has to approve the design and it is their policy to ensure that modern buildings do not appear to be part of the original site but are obviously modern. Therefore building is a contemporary design with a steel frame structure, curved aluminium roof and glass and cedar wood timber boarding along the sides. Its function is to protect the wagons from the weather and from vandalism and to provide a better overall experience for our visitors. The north end has folding doors and removable panels to allow the wagons to be wheeled in and out as and when required. The south end doors can also be folded open to allow large objects in and out. A glass barrier with timber rail runs along the edge of the platform to stop people from falling through the gap between platform and wagons. In order to reduce the noise of rain on the metal roof the underside of the roof is lined with insulation and timber boarding.

As the Wagon Shed will be a workshop whilst the wagons are restored it is equipped with a 440 volt three phase electricity supply as well as a standard 230 volt single phase supply for general use. 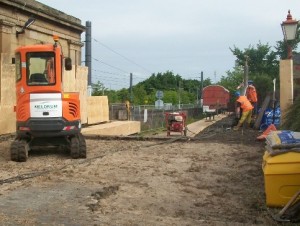 In order to get firm foundations one of the first jobs was driving piles into the ground. The equipment to do this had to have very low levels of vibration so as not to affect the structure of the nearby railway (courtesy of Meldrum Construction). 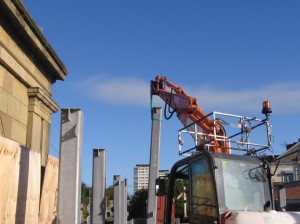 UThe close proximity of the railway restricted the use of cranes and so the framework, which was at low level, was carried out using the arm of an excavator. 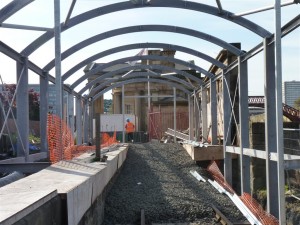 The steel frame seen from inside. 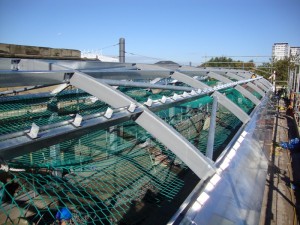 Showing the framework to which narrow aluminium sections were added to form the roof (courtesy of Robertson.Simpson).

Meldrum Construction started on site in June and completed the contract in the agreed time handing the building over to the Museum on 5 November 2010. 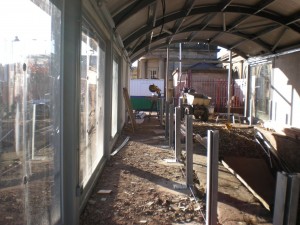 Once up the structure was panelled with glass and timber cladding, the steelwork for the glass barrier installed and the services, such as power supply provided. 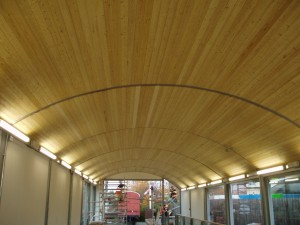 Although not a feature of the original design the timber lined insulated roof is a nice finishing touch to the building. It was installed to provide sound insulation from rain falling on the metal roof. 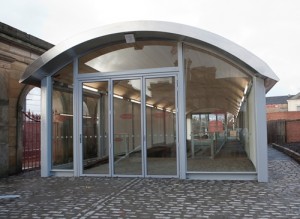 Outside the cobblestones were relayed and new tarmac replaced the old worn out surface. Beyond the platform the ground was cleared of vegetation and new ballast laid down. The old flower bed next to the platform was also cleared and made ready for replanting. Plans are currently in hand to set up a volunteer scheme to design and replant the flower bed and manage the landscaping of the site and this will be the subject of a future entry.