Memories of the Hancock museum (part 3)

Following a major Lottery Grant and generous support from Newcastle University, Newcastle City Council and a range of other funders a plan was developed for bringing the three museums together within the redeveloped Hancock building.  I was privileged to be the author of the successful bid which unlocked £9 million of Lottery funding.

Working from a small office in the University’s administration, then located in Kensington Terrace, and working closely with colleagues from Tyne & Wear Archives & Museums, Newcastle University, Newcastle City Council, The Natural History Society of Northumbria and The Society of Antiquities  of Newcastle upon Tyne we crafted a bid which had to be delivered to the Heritage Lottery Fund offices in London by 12 noon on 30 June 2004.  Of course, we booked a courier to deliver them to London the previous day, however, the reality was there was still those last minute tweaks that we wished to make, the i’s to be dotted and t’s to be crossed.  The only way to do it was for me to put the bid in a bag and take it direct to London.  However, for three copies of a bid that included 40 appendices we needed a pretty big bag.  Fortunately the project assistant had a colossal wheeled suitcase, more of a trunk actually, and this was commandeered into action. Inevitably a series of events – possibly amusing, perhaps more terrifying – intervened.

Firstly power lines on the East Coast mainline came down near Peterborough.  It was unclear whether the train would get through.  The matter was resolved and I got to London.  There was a tube strike and queues for taxis snaked round and through the whole of Euston Station, but eventually a taxi was secured and I began a journey around London to amass the additional appendices required from architects and designers.

We arrived at the offices with a good half an hour to spare at the same time as the bid for the Cutty Sark arrived, very cleverly I thought, in a set of tea chests.  We didn’t have a themed delivery mechanism, only the project assistant’s suitcases, but the quality of the bid shone through and the first stage pass for £9 million, followed by the second stage pass and other funding allowed the creation of the Great North Museum which, since it opened in May 2009, has attracted well in excess of 3 million visitors. 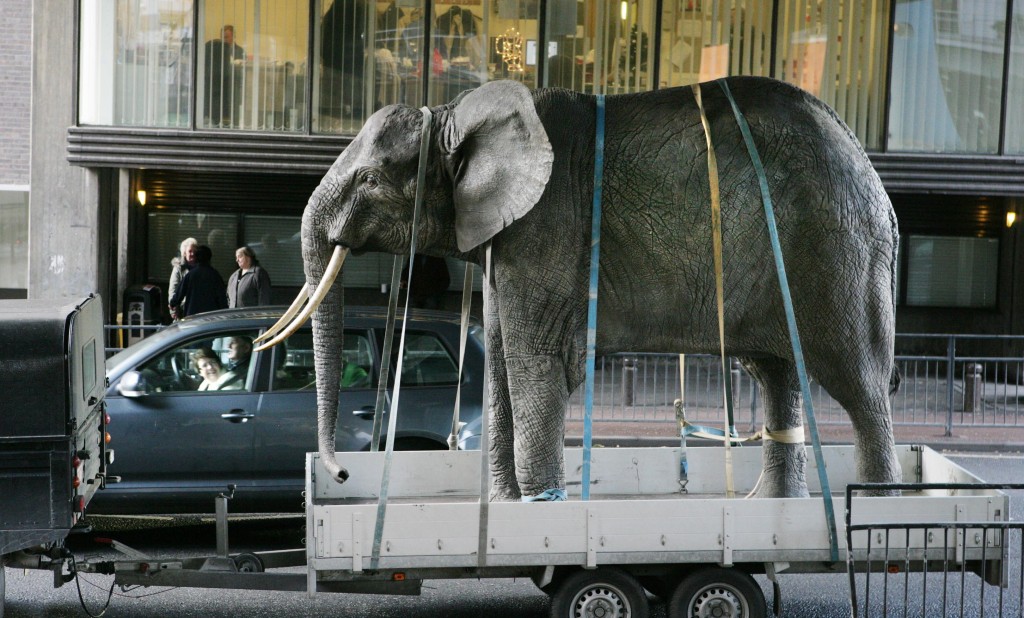 The life size elephant arriving at the new museum 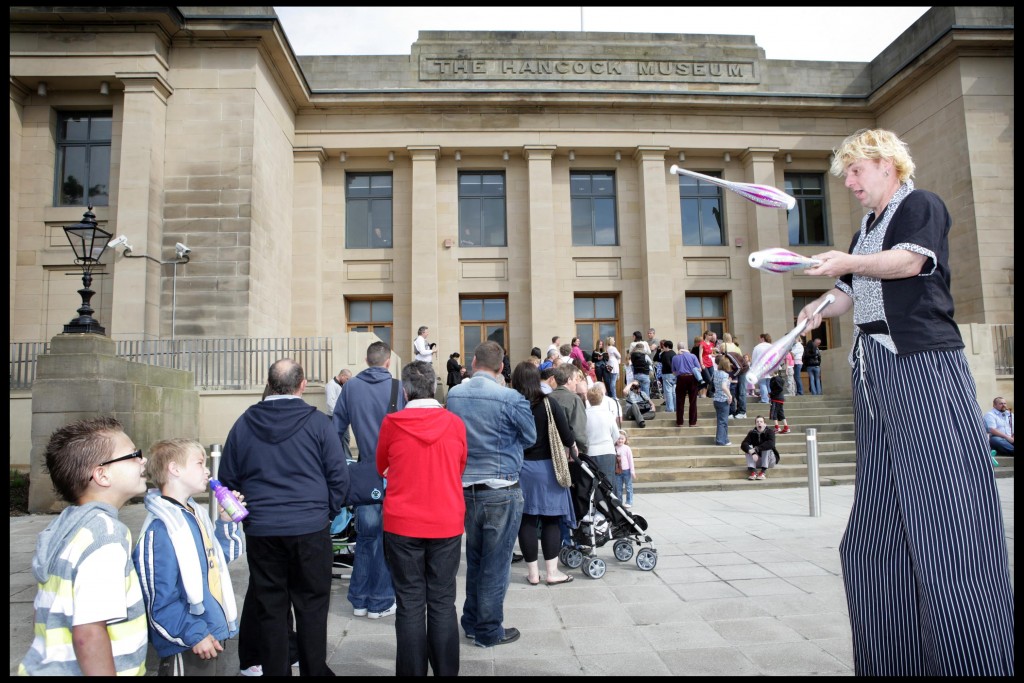 People queue up to visit the Great North Museum: Hancock on its opening day