I was recently invited by Renmin University in Beijing to attend their digital memories conference and speak about TWAM’s work in developing access to digital memory, and in particular the Hidden Newcastle app which we developed in partnership with NE1, Business Improvement District.

At the conference, which was attended by archives professionals and academics from across China, I gave an introduction to the work that TWAM has done around digital memory and oral history which has been developed over the past 15 years.

This included early projects working with, for example, the maritime communities of the North East coast, and the Jewish community in Newcastle, through to the major Culture Shock project which created 600 digital stories documenting the lives of people right across the North East. I also talked about current digital initiatives exploring TWAM’s wide ranging collections and providing more ‘generous’ access to museum and archive resources, in particular through the use of Flickr commons. 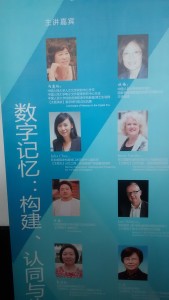 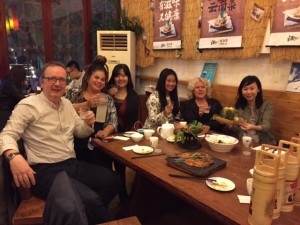 The international speakers from the conference

The conference is attended by around 200 delegates from all across China and relayed by web link to those students who were unable to fit into the main lecture hall.  It was a great opportunity to meet colleagues working in similar areas from across the world and to see some of the innovative technology being delivered in China.

Colleagues from China were however very impressed by the creative approach to reuse of collections being delivered by TWAM and in particular to the innovative partnership with NE1 which has come out of the original Hidden Newcastle app developed by TWAM and Newcastle Libraries.

Working with Northumbria University, I took the opportunity of the visit to Beijing to meet other cultural organisations in Beijing and visited the British Council’s Head of Arts in China, the National Art Museum of China, the Capital Museum and Today Art Museum, meeting exhibition and management colleagues from each of these organisations. 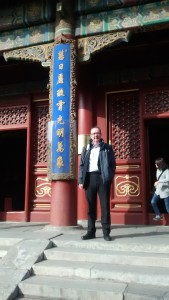 Since returning to the UK I’ve been in touch with the British Council and am following up leads made in China with the hope of developing further training and exhibition partnerships.  This builds on training consultancy already delivered by TWAM in Brazil during 2015.

In addition, TWAM has been commissioned by the British Council to deliver a programme of commercial development and entrepreneurship training for museum colleagues from across the world to take place in the UK in summer 2016.