Maritime History   Military History   Social History   South Shields Museum & Art Gallery   The Archives   Transport   World War 1
Posted by administrator on April 7, 2020     Permalink     Leave a comment
Written by Geoff Woodward, Museum Manager, North & South Tyneside The tidal waters of the River Tyne were a swirling grey and the gusting wind stung a chilled greeting as a newly-completed vessel was hastily handed over to the Royal Navy.  The date was 7 April 1944 and Britain had been at war for more than four and a half years.  Any witnesses to this occasion would perhaps have been singularly unimpressed with this latest addition to British sea power.  Designated as Yard Number 677, it was an insignificant-looking, somewhat peculiar, drab boat.  With its long, flat-bottomed design, shallow draught, and armament limited to two meagre 20mm Oerlikon anti-aircraft guns, it didn’t appear to promise to make much difference to the war effort.  But in reality number 677 was destined, along with a flotilla of similar craft, to play a key role.  Yard Number 677 was one of six craft built to the same design at the R & W Hawthorn Leslie & Co. yard in Hebburn, now part of South Tyneside.  Once delivered to the Navy it was re-designated as Landing Craft Tank (LCT) 7074, and in June, only two months later, took part in the momentous D-Day landings in Normandy.  Today LCT 7074 is one of only ten LCTs to survive anywhere in the world, and the only one in the UK.  In 2014 it was saved from a watery grave at Birkenhead on the River Mersey by the National Museum of the Royal Navy (NMRN) thanks to a grant from the National Heritage Memorial Fund.  Then a national partnership project funded by the National Lottery Heritage Fund, and marking last year’s 75th anniversary of D-Day, led to the LCT’s restoration and preparation for public display at the D-Day Story museum at Southsea in Portsmouth.  Tyne & Wear Archives & Museums is one of the partners in the project and has worked closely with members of the Jarrow & Hebburn Local History Society to uncover the vessel’s Tyneside story; its construction, launch and handover.  Members of the Society searched through the Tyne & Wear Archives, held at Discovery Museum in Newcastle.  The trawl revealed that detailed records relating to the craft’s construction at the Hawthorn Leslie shipyard have survived.  Interestingly, the documents also show that the Hawthorn Leslie yard first built tank landing craft (the original version) in 1940, three years before construction began on LCT 7074 and its five sister vessels.  Basic landing craft, designed to carry troops, were introduced during the First World War, then further developed in the 1920s.  The first landing craft for tanks, were those built in 1940 – known as LCT Mark 1s.  They were commissioned on the instructions of Prime Minister Winston Churchill to enable small-scale commando operations to be conducted against enemy coastal targets. As British shipyards were already very stretched most of these LCTs were built in the United States, but some were built at Hawthorn Leslie’s and other Tyneside shipyards in 1940 and 1941. The vessels had flat bottoms, a shallow draught, a hinged ramp to allow vehicles to drive on and off, and a high-sided double hull to protect the vehicles from the weather and from enemy fire.  At the rear were, the engines, wheelhouse and living quarters for the crew.    In 1943 LCTs of an improved design were commissioned from shipyards around the country to be constructed to take part in Operation Overlord, the Allied invasion of France, originally scheduled for the following May.  The date of D-Day was later put back to June, as not enough craft were available for May.  Hawthorn Leslie built six of the Mark 3, modified LCT design.  Yard number 677, which became LCT 7074, was one of these craft.  It was powered by American Sterling Admiral petrol engines due to a shortage of the specified Paxman diesel engines. Steel from northern steelworks, including the Consett Iron Works, was used in the craft’s mainly riveted construction.  The vessel was completed in a mere three months, at a cost of about £28,000, the equivalent of just over a million pounds today.  The documents and ledgers from the Archives provide some fascinating detail, recording the progress of construction of the LCTs.  The various types of tradesmen involved are noted, including riveters, joiners and painters, as are the wages they received.  The ledgers also show the weights and costs of materials used such as plate, iron, rivets, and even nuts and bolts!  The date and time of the launch of LCT 7074 is provided in the Launch Book records – 7.40pm on 29 March 1944.  The entry states that it was a wet evening with a light north-easterly wind.    Once LCT 7074 was handed over to the Navy on 7 April the crew were brought together.  The vessel carried twelve crew members, including two officers.  Sub-Lieutenant John Baggott RNVR, a 20-year-old trainee solicitor from Swindon, was in charge.   Sub-Lieutenant Philip Stephens was his deputy.  Stephens recorded his experience on board in a diary, providing us with a precious insight into what followed.  LCT 7074 was scheduled to sail south to Great Yarmouth to join the 17th LCT Flotilla that formed part of Operation Neptune, the naval element of Operation Overlord.  But we know from Stephens’ diary that the vessel suffered trouble with its new engines that caused a delay.  It spent its first month on the River Tyne while the problem was resolved.  As the days went slowly by, and the weather began to warm up, anticipation grew as the date for Operation Overlord drew closer and closer.  In Part 2 we’ll tell the story of what happened when LCT 7074 left the River Tyne, and the role it, and the tanks it carried, played in the Normandy landings.  With thanks to  Jarrow & Hebburn Local History Society  Tyne & Wear Archives   The D-Day Story, Portsmouth  Arts Council England  National Lottery Heritage Fund  National Heritage Memorial Fund  South Tyneside Council  Portsmouth City Council  National Museum of the Royal Navy (NMRN) 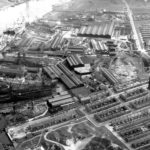 View of Hawthorn Leslie shipyard in 1957. The area where the LCTs were built is the bottom left of the picture. Tyne & Wear Archives & Museums DT.TUR/2/17959F 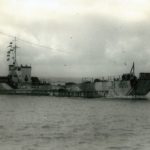 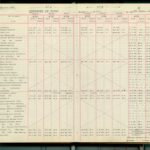 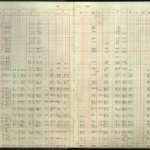 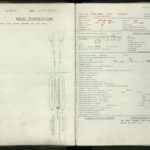 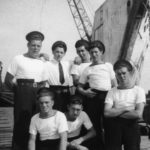 Young sailors on a LCT ramp. © The D-Day Story, Portsmouth 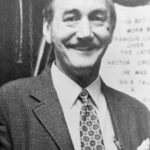