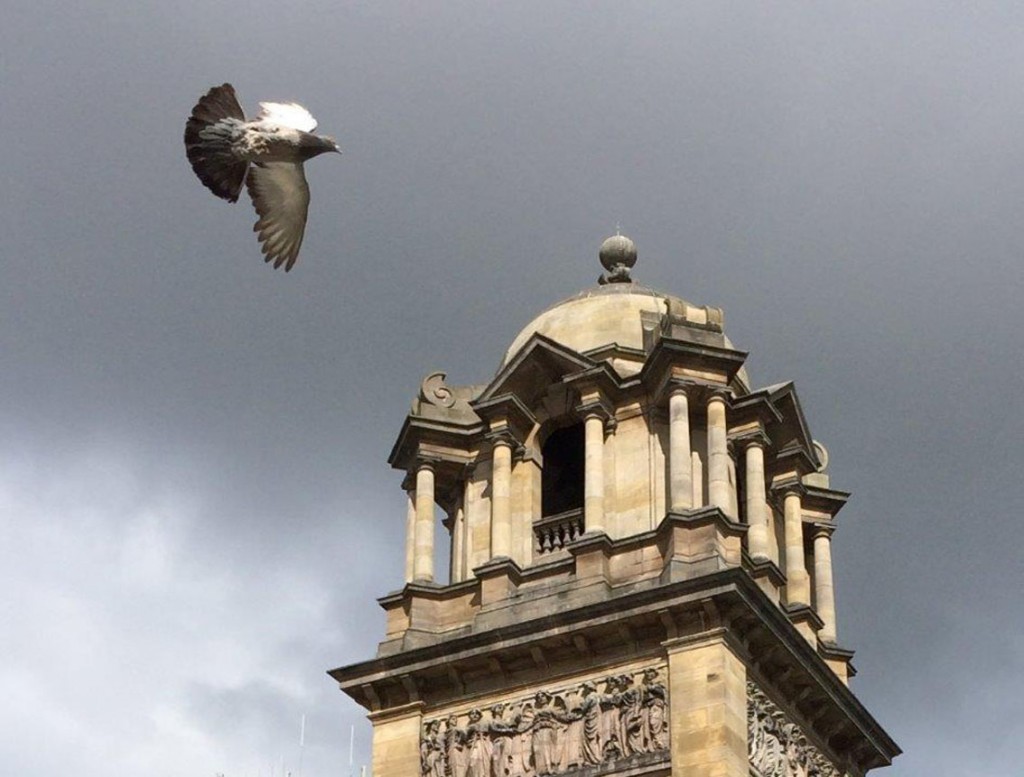 I only found that I had snapped this pigeon on the wing when I was looking through my photos recently – a scrap of flying energy that rather nicely complements the stone of the Laing’s distinctive tower.

The tower itself is a great use of simple shapes to make quite flamboyant rhythms and patterns, with projecting forms and cut-out spaces. The figures on the frieze represent the Arts. The Gallery’s architects were the local firm of Cackett & Burns Dick, who had an office in Grainger Street. The building was completed in 1904.

The Gallery was built next to the old Victorian library on New Bridge Street. This postcard illustration is from Newcastle Libraries collection. 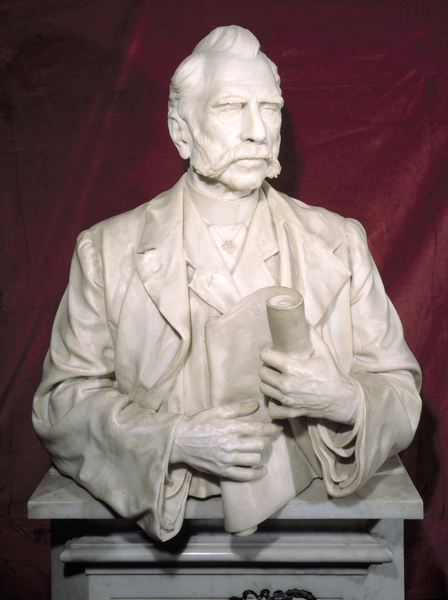 The funds to build the Gallery came from Alexander Laing. It was a hugely generous gift – the final cost of the building was £30,000 – that’s the equivalent of about £3.4 million now.

Alexander Laing had made his money from his wine and spirit shop and his beer bottling business in Newcastle. He is shown holding the plans of the Art Gallery in this sculpture by the Newcastle artist Christian Neuper. A major advantage of giving the money while he was alive was that Laing was able to see the Gallery built before his death in 1905. 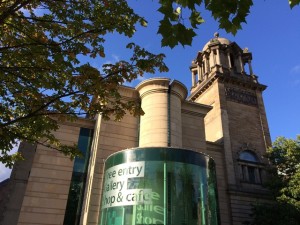 When the old library was knocked down and John Dobson Street was built, the Gallery was marooned on the wrong side of a busy road. In 1996, we gained the massive bonus of a new entrance that’s visible from Monument. The glass and honey-coloured stone are in a modern idiom that cleverly fits with the old architecture. It was designed by Peter Wesolowski of Newcastle City Council Architects, and was built with a grant from the Foundation for Sport and the Arts. 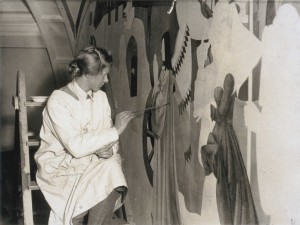 Louisa Hodgson was one of several local artists who were commissioned to paint huge pictures of scenes from Newcastle’s history for the upper parts of the first-floor exhibition rooms in the late 1920s and ‘30s (they’re still in place). The artists were teachers or students at Armstrong College of Art, which is now part of Newcastle University. 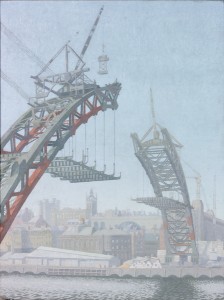 In Northern Spirit, on the ground floor of the Gallery, you can see many outstanding pictures and objects produced by local artists, including this iconic scene of the Tyne Bridge being built in 1928. It’s by Edward M O’R Dickey, who didn’t get time to paint a lot of pictures, due to his busy job as Director of Armstrong College of Art. 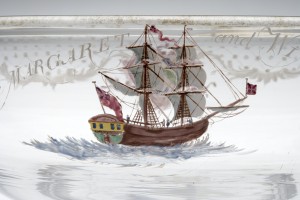 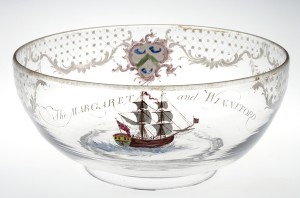 The many fantastic objects on show at the Gallery include this bowl, which is decorated with an image of the Margaret and Winneford ship. It was launched on the Tyne in 1767, and was named in honour of the two daughters of the Admiral of the Fleet, Sir John Foster. Newcastle glass painter William Beilby was commissioned to decorate the bowl with enamel colours. The generosity of many organisations and members of the public helped us buy this bowl in 1985.

Strangely enough, Alexander Laing didn’t leave any paintings or other art to the Gallery. He said that he was confident “…that by the liberality of the inhabitants [of Newcastle] it would soon be supplied with pictures and statuary for the encouragement and development of British Art”. Luckily, that turned out to be true, and we’ve benefited from the generosity of art lovers over the years. 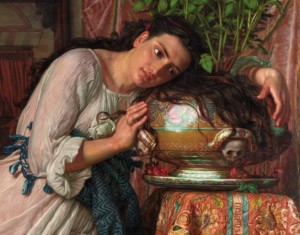 One of the most outstanding gifts from a local person was William Holman Hunt’s Isabella and the Pot of Basil, which was given by Wilfred Hall (who also helped start Discovery Museum). He was the son of the original owner of the painting, James Hall, whose income came from the Tyne shipping company of Palmer, Hall and Company. This Pre-Raphaelite masterpiece is one of visitors’ favourite pictures (a detail is shown above). Children especially seem to appreciate the gruesome story of Isabella, overcome by grief, burying her sweetheart’s head beneath a basil plant in a pot in her bedroom! 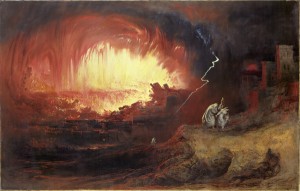 John Martin’s magnificent picture of The Destruction of Sodom and Gomorrah, showing devastation on a titanic scale, is also a visitor favourite. Martin came from a poor family and started out as a painter of decorations on china cups and plates. By sheer determination and talent, he carved out a career to became one of the best-known (and controversial) artists of the 19th century. Although he left the North East for London when he was 17, he kept his links to his family and his home area. 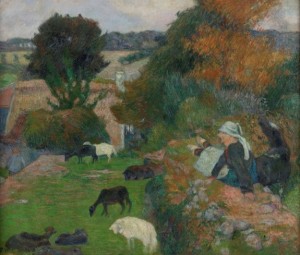 Paul Gauguin’s very important semi-Impressionist picture of The Breton Shepherdess was allocated by the Art Fund, back in the 1950s. It’s on show with paintings by British artists who shared similar concerns with painting working people outdoors, among the fields and animals where they spent the majority of their lives.

These artworks and many, many more are on display, and are also featured in the Laing’s new Companion Guide, which marks 110 years since the Gallery was opened. Filled with colour illustrations, it describes the Gallery’s history, and highlights star pictures and objects. There are also stories on key artists, workshops and factories, including Thomas Bewick, Ralph Hedley and Maling Pottery. Artworks by Laura Knight, Henry Moore, Elizabeth Blackadder, Victor Pasmore and Paul Noble also feature. The guidebook costs £9.95, and is available in the Gallery shop and online here.