I have a great challenge for any hieroglyphic readers out there…

Two years ago I did some work on the coffins of Irtyru, one of the Great North Museum: Hancock mummies using infra-red photography (with the help of my colleague, Les Golding). In 1830, following the unwrapping of Irtyru’s mummy, shellac varnish was added to her mummified body and her coffins in an attempt at conservation. There is no doubt that many of the inscriptions and decorations on both her inner and outer coffins were already damaged, but this added an extra barrier for any attempt at analysis.

Below are images of one of the coffins in normal light, where you can make out some symbols and hieroglyphs, but not in any significant detail and using an infra-red filter.

The aim was to see whether we would pick up anything more using this special filter that would allow us to examine the coffin in greater details and pick out some of the text that might give us an indication of how her name was written. It is interesting that we have always known this mummified female as ‘Irtyru’ but there is no documentation to support this presumption!

As a result, I present you with the following image as a starter for ten and ask any readers of hieroglyphs out there to see if they can make anything out… sadly my abilities are somewhat lacking in this area! 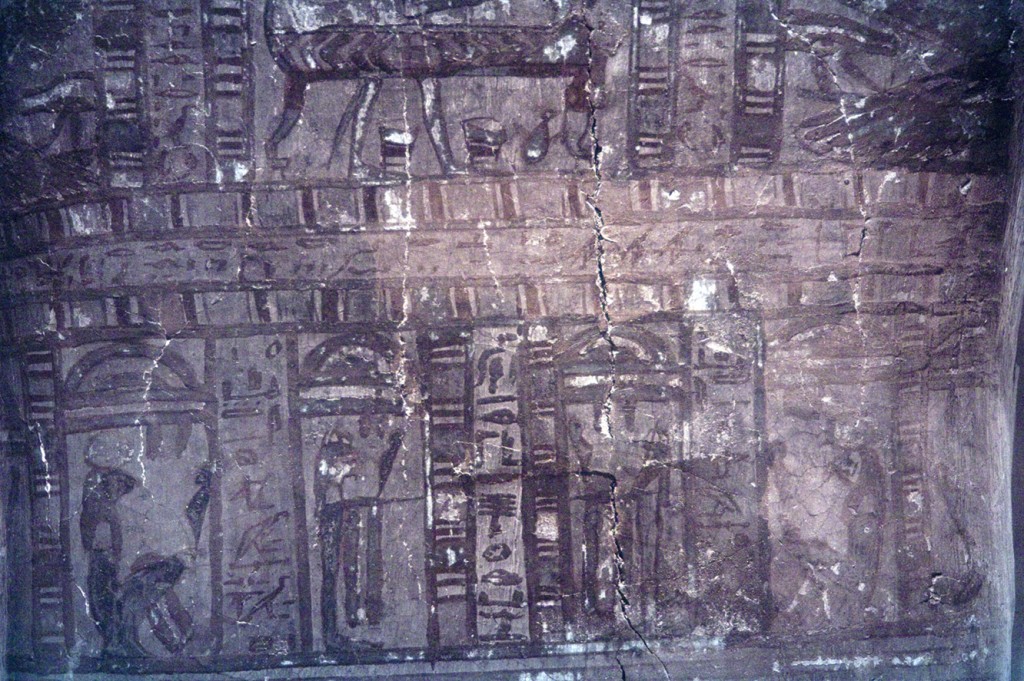 Detailed image from the chest region of the coffin