In recent years there has been increasing interest in more personal versions of history such as gender and sexuality, but it’s often difficult to uncover evidence of private lives, particularly of ordinary people. In reviewing a recent addition to the Archives of an album of North Shields police “mugshots” from the early 20th century I was therefore intrigued to notice that one of the men arrested appeared to be wearing women’s clothing. 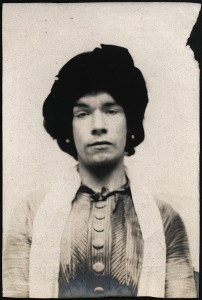 Robert Coulthard after his arrest in 1913

The album unfortunately only gives the name and date of arrest, and the records from the North Shields Police Court that would have contained the details of the crime don’t seem to have survived. Finding out more about the circumstances therefore entailed a trip to Newcastle Central Library to research their excellent collection of local newspapers. Armed with the man’s name – Robert Coulthard – and the date of his arrest as 10 December 1913 it was reasonably easy to find the account of his appearance before the court in the following day’s paper.

A single paragraph reports that Robert Coulthard, 25 “who appeared in the dock stylishly dressed as a woman”  was charged with “having loitered in Charlotte Street and Church Street for the purpose of committing a felony” and was remanded for eight days.

More interesting, however, was a much longer report immediately above of five young men who had been arrested the same night at the Mill Dam in South Shields, also dressed in female clothes. A police witness reported that they were “dancing about and shouting to some sailors” and that he had previously seen some of the defendants similarly dressed. The men, however, claimed that they were in fancy dress and had been to a carnival. Nevertheless the chairman of the magistrates “remarked that the Bench regarded it as a very serious charge, and they were determined to put this sort of thing down”.

Circumstantially it would appear that Robert Coulthard had been in company with these men before making his way across to North Shields, and that they all regularly wore women’s clothing, although the court reports are vague as to what their actual offence was.

It is possible to piece together a little more about Robert Coulthard’s life. I discovered from the 1911 census that he was born in Gateshead and at that time was a servant in a sailors’ boarding house at East Holborn, South Shields – providing another link to the South Shields men. In 1891, aged 4, he was living in Oakwellgate, Gateshead with his mother Mary, a charwoman, and four brothers and sisters aged from 11 to 2. Mary is listed as married but her husband was not at home. By 1901 he was an inmate of the Abbot Memorial School in Gateshead, an “industrial school” designed to reform wayward children. 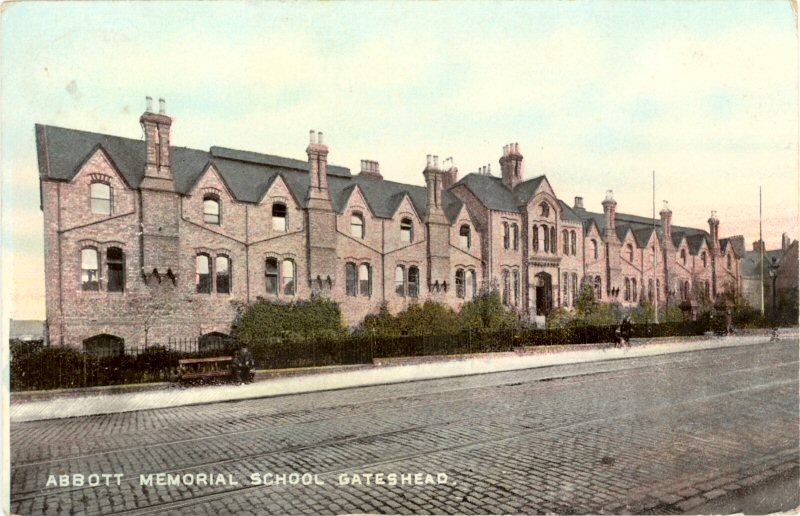 Unfortunately after 1913 Robert Coulthard can’t be positively identified in the records. What happened to him? Did he serve in the First World War? Did he end up in prison? Or did he go on to lead a long and happy life? Perhaps the release of the 1921 census in 10 years time may tell us more, or other records may turn up in the meantime to help fill out an intriguing life story.

We originally connected the story of Robert Coulthard to the earlier conviction of a John R Coulthard in the same record. We’ve now done some more research on this story (which we look forward to sharing soon). This clarified that John R Coulthard was a different person.