While the Hatton Gallery is closed for redevelopment a project is being offered called Home and Belonging, working with refugees who have recently settled in the North East of England. The project is about the time it takes to achieve a sense of belonging in a new country. Beyond the basic necessities of housing, food and income, when does one start to think about creativity and culture, be it art, music, writing or theatre?

The project has been inspired by Kurt Schwitters, whose Merz Barn Wall is housed in the Hatton Gallery. Schwitters was forced to leave his home country of Germany during World War II and eventually settled in Ambleside, Cumbria, where in the face of great adversity he continued to create art. It will mirror the experiences Kurt Schwitters had being exiled from Germany for his artistic and political views. We want to explore at what point does somebody begin to feel a full sense of belonging to a place. We wish to draw similarities between Schwitters leaving his homeland to those of people who have undertaken a similar life changing journey when relocating to the North East. 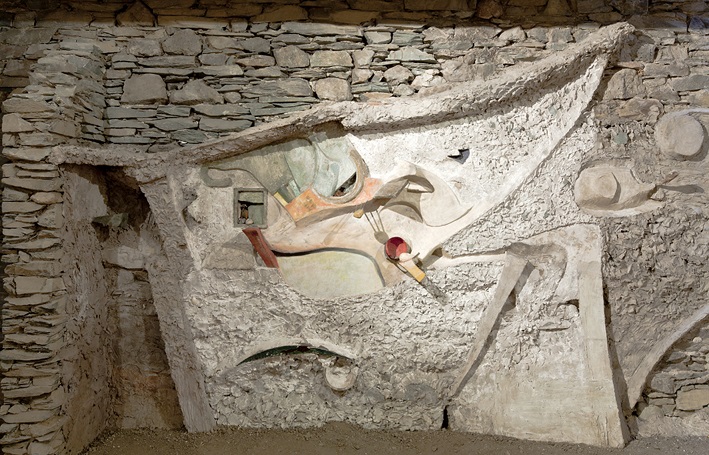 People involved in the project are being encouraged to respond to this in their own way, whether they would like to make an audio recording, video, textile, collage or piece of writing or poetry to express and convey their story.

To date, a group of 17 people have participated, many from the Crossings organisation, which was first formed for refugees with an interest in music but has since expanded into working with many different art forms. The participants are from Pakistan, Serbia, Iraq, Iran, Afghanistan and Kurdistan and are all keen to tell their stories.

The first three sessions were about finding out about Kurt Schwitters and about what people might like to do themselves. Everyone also created a collage using luggage tags and postcards which made the conversation flow as they were creating. A luggage tag created by one of the group’s members. A collage created by another member.

The group then visited the Laing Art Gallery for tours of the exhibitions Leonardo da Vinci: Ten Drawings from the Royal Collection and Echoes of Abstraction as well as paintings from the collection. Many of the artworks were the inspiration for great conversations and for drawing similarities between different cultures. The group thoroughly enjoyed the tours, ending with coffee in the wonderful surroundings of Café Laing. 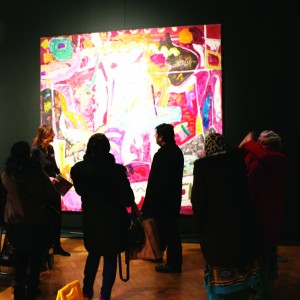 Touring the ‘Echoes of Abstraction’ exhibition at the Laing Art Gallery.

The group have since gone on to begin creating their own textile works with artist Mandy Pattullo. Very interesting audio recordings, photographs and videos are also being made using art and creativity as the catalyst. 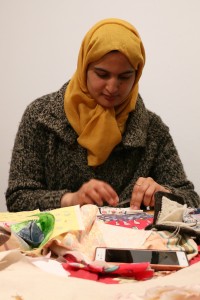 The Home and Belonging Project has been funded by the Heritage Lottery Fund and the Shears Foundation. Blog by Hazel Barron-Cooper.