I started meeting with people from Bensham Grove Community Centre in Gateshead whilst undergoing research for my PhD. Through conversations with Shirley Brown, Chair of Bensham Grove and local historian I became fascinated by the history of the building in particular the nineteenth century residents of the house the Spence Watson’s family (1). After attending the Half Memory event at the Tyneside Cinema I contacted John Coburn of Tyne & Wear Archives and put forward the idea of creating a digital community art project, using archive material found in Tyne & Wear Archives, about the history of Bensham Grove and the surrounding areas of Bensham & Saltwell. In December 2013 I was successful in getting an Arts Council grant for research and development of the history of the building and to run a series of workshops in the community. 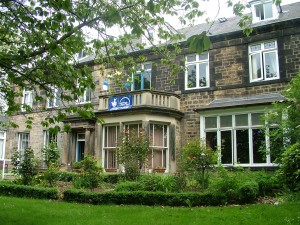 The ‘Spence Watson Archive Project’ involves the creation of a series of participatory digital artworks using heritage and archival material from Tyne & Wear Archive and other local collections (2).

Concerning the Spence Watson family and their time living at Bensham Grove House, Gateshead between 1875 and 1919, the project is a collaboration with artists, community members and community organisations to develop a digital art and heritage project that will be displayed in the house itself, which is now a community centre, and online (website of the artwork will be launched in June 2014; the blog about the research and workshops can be found at http://towardsthecommonweal.wordpress.com/). 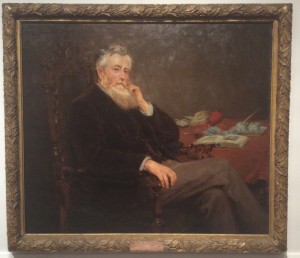 The project acts as a visual artwork and an educational tool that aims to bring the history and heritage of the area to a wider audience, To bring the archive material back to the house it was created and came from and back to its place of origin, and enable the archive to be visible beyond TWAM (Tyne & Wear Archives & Museums) and the other collections and to produce new archival material about the area of Bensham & Saltwell.

The material found in the archive, and other local collections, includes personal items of Elizabeth and Robert Spence Watson including hand written letters to and from family members and acquaintances (including many prominent Victorian artists, poets, politicians, social activists, academics, scientists and adventurers); a hand written poetry book; and typed recollections of their time in the house. 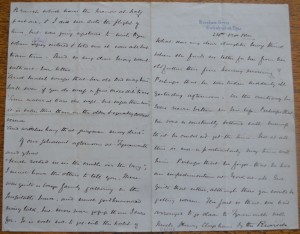 Content of the materials involve discussions and recollections about visitors to the house, talks by speakers at the Lit & Phil and University of Durham College of Medicine (which became Newcastle University), concerning local elections, social and historical issues as well as mundane family life. There is also discourse concerning educational reform, the suffragette movement and the promotion of women in education and society. For this project I am interested in giving equal weight to the writing and actions of Elizabeth alongside Robert, her better-known and more celebrated husband. 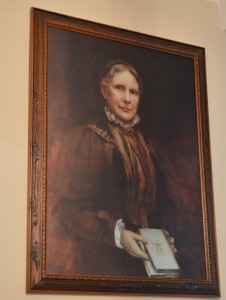 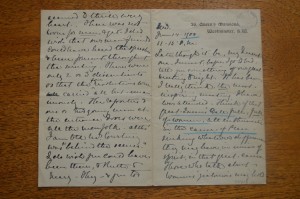 Description by Elizabeth Spence Watson of a women’s peace rally she attended in London, 19 June 1900

We have held three workshops and one event where local people have worked with artists using the archive as inspiration to be creative. Writer and artist Stevie Ronnie ran a creative writing workshop with local people using letters and material found in the archives that discussed the many and varied visitors to the house. Actor and theatre director Pete Ross, who has a long history of working in Bensham, worked with the Scribblers writing group, to develop stories, plays and poems about the building and surrounding area. These were presented over an evening in Bensham Grove in front of an audience, alongside which, sound artist Nick Williams, recorded visitor’s views on the house and its history and created a soundscape that was played in the building on the night. Ben Jeans Houghton worked with ten 7 and 8 year olds at Kelvin Grove Primary School to create a film about the history of the area and about its future. Finally Jane Dudman worked with users of the centre to create a new digital archive and history looking at the women who lived and visited Bensham Grove.

The archive material, on the whole, is text based with very little visual material, which as a visual artist, results in a reconsideration of your practice to think of how to visualise written material. These workshops and the resultant outcomes use the archive material to inspire new ways of understanding the local area and its rich history and to create new artworks and writing rather than through direct use and presentation. This initial stage was research and development to find out what material is in the archives and to see what potential there is to bring it back and use it in a creative manner in the community it came from. The next stage of the project aims to be more ambitious and invite artists to work on long-term residencies and projects in the community with community groups, local schools and other local cultural organisations. Using the archival and artistic material that has been found and created as a starting point and inspiration to work with specific community groups and organisations, to create artworks and creative events in the community of Bensham and Saltwell.

1. The Spence Watsons lived in the early 18th and late 19th century at Bensham Grove House, Gateshead and were prominent social activists in Newcastle and the surrounding area. Robert Spence Watson was a founder of Armstrong College (later Newcastle University), secretary and president of the Lit & Phil, and a prominent expert on labour law. His wife, Elizabeth Spence Watson, was also active and heavily involved in women’s rights and educational reform. Since 1919 Bensham Grove House has been an educational settlement and in 1948 a community centre, which it still is today.

Ben is an artist, curator and PhD researcher at Newcastle University who creates socially engaged digital art projects and spaces for communities to connect and be creative at the intersection between site (place) and the virtual (digital).