Local records; or, historical register of remarkable events, which have occurred in Northumberland and Durham, Newcastle-upon-Tyne, and Berwick-upon-Tweed …

From the collection of the Society of Antiquaries of Newcastle upon Tyne. 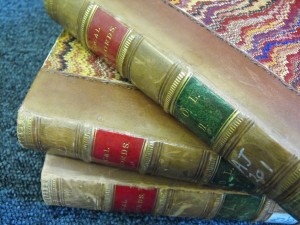 Last week, whilst looking for some information amongst the Society of Antiquaries books, I happened on 3 rather sober-looking volumes of local records. Or, to give them their full title: Local records; or, historical register of remarkable events, which have occurred in Northumberland and Durham, Newcastle-upon-Tyne, and Berwick-upon-Tweed, from the earliest period of authentic record to the present time … I idly started reading one of the volumes and was lost for the next hour or so. 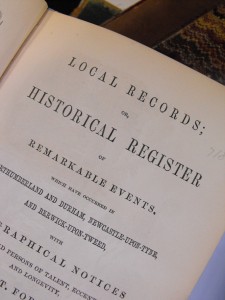 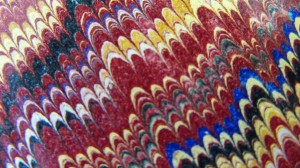 They are full of the most interesting snippets, for example, in the volume for 1865 an entry for Dec. 7, 1733 reads: “A flying man flew from the top of the castle of Newcastle into Bailiff-gate, and after that he made an ass fly down, by which several accidents happened …”. The entry goes on to state that: “This Icarus must have been an impostor, but John Bull is easily gulled”.

There are also more weighty items like the entry for Nov. 17, 1771, about the terrible Tyne flood and the entry for Sept. 10, 1830 when the chain-bridge near Aldgate in Morpeth, which had 200-300 people on it at the time, fell into the river.

February 14, 1842 has the entry: “A singular contrivance, to evade the payment of excise duty, was discovered on board the Vesta steamer …” This turned out to be a large doll whose “head easily separated from her body, and that her neck formed nothing less than the neck of a large whisky bottle …”

There is nothing new, is there? Dip in and enjoy the trivial, the amusing and the serious. 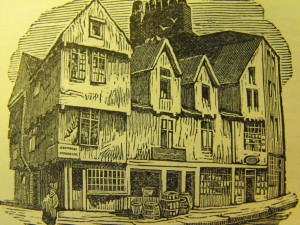 Thanks to Brenda for her selection. These fascinating compilations were published in Newcastle upon Tyne in the mid 19th century. The Society of Antiquaries copies are dated 1865-66 and were compiled by John Sykes. The Society also own a later copy dated 1867 by T. Fordyce, a continuation of Sykes’ volumes. There also appears to have been earlier compilations by Sykes dating from 1824. The Natural History Society of Northumbria’s archivist tells me that these earlier volumes included engravings by Thomas Bewick. If anybody knows any more about the history of these unusual books please let me know. Nicky.

These books are all available to look at in the Great North Museum: Hancock library.

New books in the library:

From Stonehenge to Santa Claus: the evolution of Christmas / Paul Frodsham, 2008 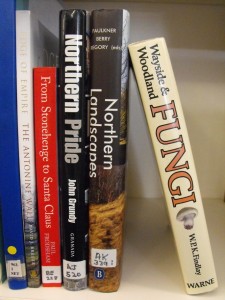