Archaeology   Stephenson Steam Railway   Support Us   Transport
Posted by administrator on May 19, 2017     Permalink     Leave a comment

It is common knowledge that museums are feeling the pinch as councils tighten budgets, so you may have wondered where the funding came from for the Willington Waggonway Research Programme. The rescue, preservation and research of a section of the Willington Waggonway was only possible through the generous support of two Arts Council England funds: the PRISM Fund and the Designation Development Fund.

The Preservation of Industrial and Scientific Material (PRISM) Fund is a rolling fund awarding grants between £500 and £20,000 for acquisition and conservation projects. Their quick response was vital in securing the future of the waggonway. The excavation took place prior to the redevelopment of the site which created a time pressure, as did the fact that as soon as the timbers were exposed to the air they began to deteriorate. We were awarded the maximum £20,000 for the recovery and stabilization of the remains of the waggonway which took place immediately. The timbers were then sent to the York Archaeological Trust for conservation treatment which will fully stabilize and conserve the waggonway for study and eventually public display. 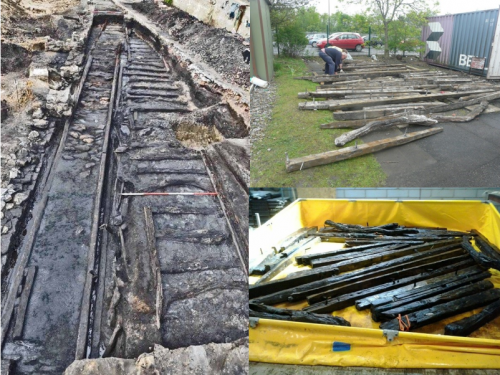 Left: The Willington Waggonway from the South. Top right: The excavated timbers. Bottom right: The timbers at York Archaeological Trust

Without the Prism Fund we would have potentially lost a vital source of information on early railways that our current historic and archaeological record is lacking. The discovery of the Willington Waggonway was one of world significance, as it is the most complete and best-preserved section of early wooden railway to ever be discovered. Being standard gauge, having an association with the Killingworth line, as well as the presence of reused ships timbers and a wash hole, gives the Willington Waggonway a significance which we have not seen previously, even at the Lambton D pit excavation near Fencehouses in 1995. 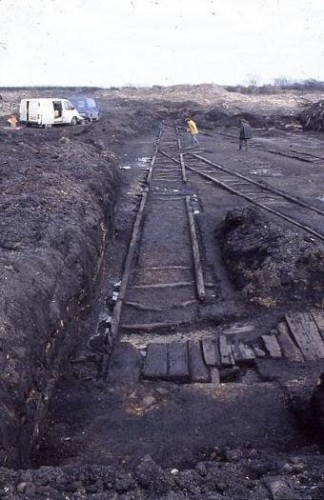 Remains of the waggonway discovered during the excavation of the former Lambton D pit at Fencehouses. Image credit: https://sites.google.com/site/allthingsbournmoor/railways

The Designation Development Fund supports projects that ensure the long-term sustainability of designated museum collections, maximizes their public value and shares best practice. They offer grants between £20,000 and £90,000 every other year with a different theme which the project aims are required to meet to secure funding. Fortunately 2016’s theme was ‘Research and Development’ making it an ideal time to pursue funding for a research project on the Willington Waggonway. We requested and were awarded £77,130 with the project beginning in December 2016. 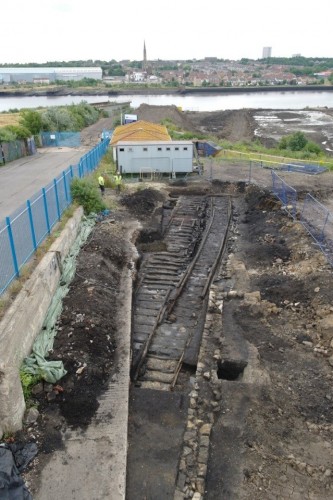 Excavated remains of the Willington Waggonway, looking towards the River Tyne. Photography © The Archaeological Practice

The Designation Development Fund grant is allowing us to work closely with experts in early railway history, archaeology and conservation to uncover new information which will undoubtedly enhance our understanding of wooden waggonways.

Many thanks to Arts Council England for the PRISM Fund and the Designation Development Fund grants that are allowing this once in a lifetime research project to take place. 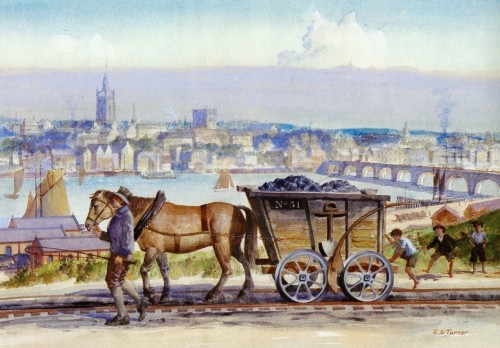 Illustration of Parkmoor Waggonway, Gateshead by Richard Turner, produced for the B.B.C Domesday Project under the direction of Les Turnbull . First published in the Gateshead Domesday Book, 1986.

We will be launching our program of events in June so keep an eye out for exciting family friendly activities, meet the archaeologist sessions, talks and waggonway walks!

The Willington Waggonway Appeal
Many of the excavated timbers still remain untreated and risk being lost forever. Without further financial support, we will be unable to fund the preservation of these important industrial artefacts. If you would like to find out more and make a donation to this appeal, please click here