2014 will see the Centenary of the start of the First World War. The Archives holds many fascinating records, showing how the War impacted on the Tyne & Wear area. Over the next few years we will be sharing some of these with you to commemorate this tragic, world-changing event.

The nature of the conflict meant that it drew many men away from their homes in the North East and into foreign theatres of War. Those events are usually less well documented in our Archives. However, I recently came across a small but fascinating set of personal papers, which shed a little light on the War beyond these shores. These documents belonged to George Cuthbertson, a marine engineer from Tyneside. 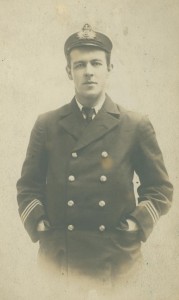 George Cuthbertson was born in South Shields in 1886. By the age of 14 he and his family were living in Dunston, where he served an apprenticeship as a colliery fitter. At the age of nineteen George’s father died and he took on the responsibility of looking after his mother and younger brother and sisters. It appears that his work at Dunston Colliery didn’t bring in enough to support his family so in 1912 he went to sea as a marine engineer.

By 1918 he was serving as 2nd engineer on the ‘Sunik’ an oil tanker built by Armstrong Whitworth & Company Ltd. The vessel had been requisitioned by the Admiralty (Oil Transport no. 57). On 9 April 1918 disaster struck and the ‘Sunik’ was torpedoed off the coast of Sicily, north of Messina Harbour. The website uboat.net identifies u-boat UC 52 as the source of the attack.

The vessel was struck in the engine room and the stern sank under the water, with the bow sticking out. 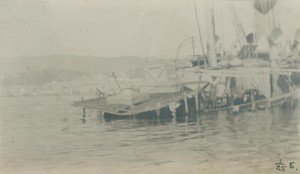 Fortunately, the ship was saved. A large wooden ‘patch’ measuring 50 feet by 37 feet 6 inches was made and secured to the hull with hawsers passed around the ship. 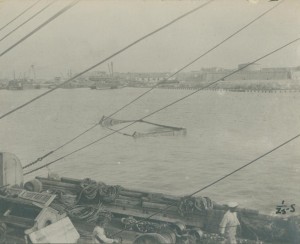 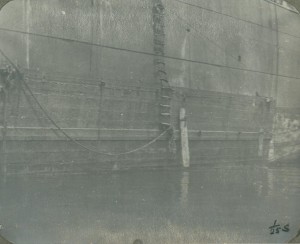 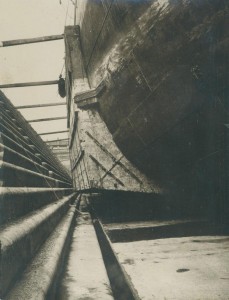 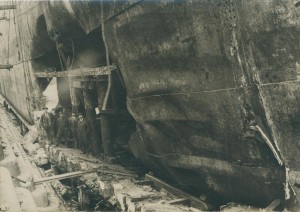 The conduct of the crew through all this was later recognised. In a brief set of biographical notes, Cuthbertson’s son recorded:

“The Captain said to my father ‘Geordie they are talking about giving us medals, or you can have the money’. Dad said ‘The money will be of more use to my mother’. In due course the Captain and First Mate were awarded OBEs and dad got £29.19.11” (TWAM ref. DX1539/7).

The repairs in Liverpool were clearly successful since the ‘Sunik’ gave a further twenty years service until suffering a collision in July 1939. George Cuthbertson went on to become a chief engineer. He died in South Shields in 1946 at the age of 60.