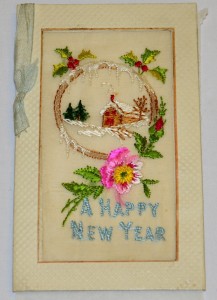 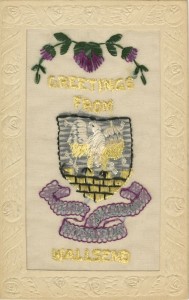 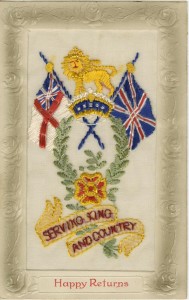 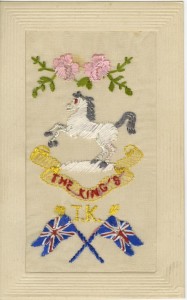 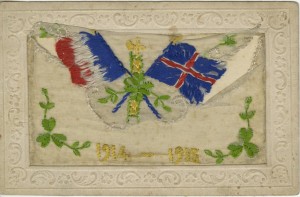 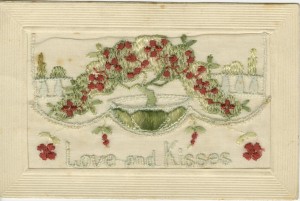 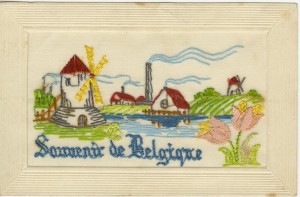 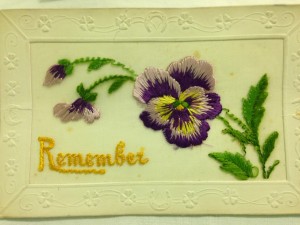 We have a real mix of embroidered postcards in our collections.  Some of these postcards would have been embroidered by local women in France and Belgium and sold to passing soldiers as a way to make some much needed money.  Others would have been embroidered by the soldiers themselves as a way to keep occupied whilst convalescing.  There is one which even sends greetings from Wallsend which must have been sent to the front as a reminder from home.  Most of these postcards do not have stamps or messages on the back of them, suggesting that some soldiers kept them for themselves as souvenirs of their time abroad. 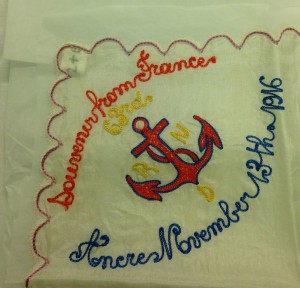 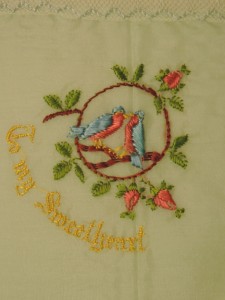 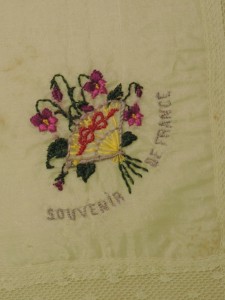 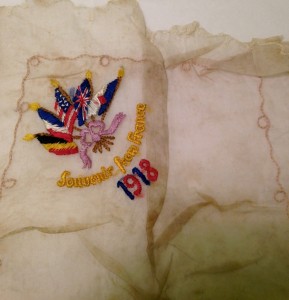 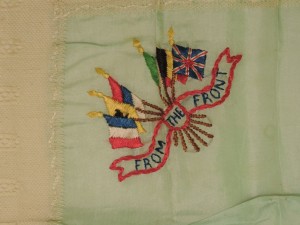 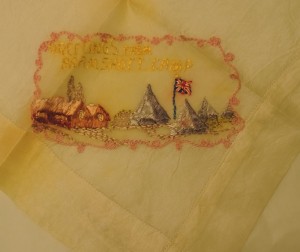 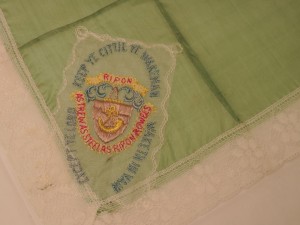 All of these handkerchiefs are in very good condition, showing that they were clearly treasured by their owners. 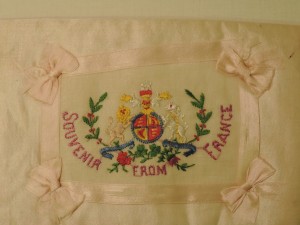 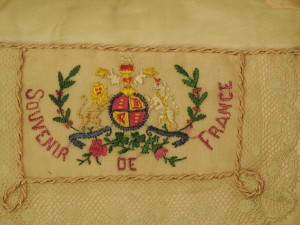 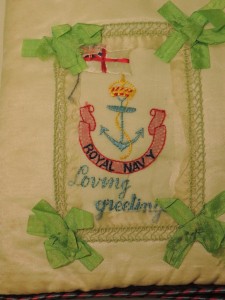 If, like me, you had never heard of handkerchief sachets before, they are a padded rectangle piece of material that would have folded into three and used to keep special handkerchiefs safe.  These three have been especially embroidered as souvenirs from the First World War. 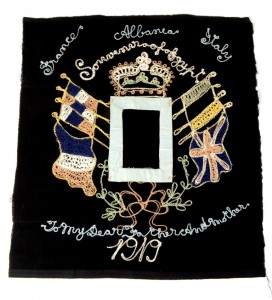 This lovely object doesn’t fit into any category and shows that individuals used their own imagination and creativity to celebrate and commemorate peace.  In case you can’t read the writing (and you’re not alone!), it says ‘France Albania Italy.  Souvenir of Egypt.  To my Dear Father and Mother 1919’.  The rectangle in the middle we think would have contained a picture of whoever made this lovely souvenir, a soldier probably.