Family History in Tyne and Wear

Watching the new series of the BBC’s ‘Who Do You Think You Are?’ has taken on added significance in the history team office at Discovery Museum this year as we are mid family history project of our own. Reading the executive producer of WDYTYA’s blog about the creation of the series inspired me to take a moment to share our family history journey (http://www.bbc.co.uk/blogs/tv/2011/08/who-do-you-think-you-are.shtml).

The idea for the project was suggested by avid ‘Who Do You Think You Are?’ viewer, long time family history enthusiast and Assistant Keeper of History, Laura Brown. The idea was presented to senior managers at Tyne and Wear Archives and Museums who gave it the go-ahead thanks to the popularity of family history amongst our audience combined with the amazing resources in the archives and museums that could be drawn upon. 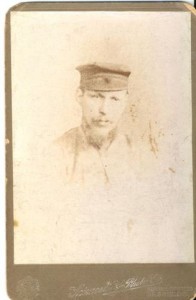 James Bannister who drowned in the Howdon Ferry disaster of 1896

So in earnest, and with significant support from a Heritage Lottery Fund grant, we began the project in April 2011. My role is to project manage ‘What’s Your Story?’. I bring together people from history, outreach, learning, communications, design and collections teams to work on the project. For ‘What’s Your Story?’ we are delivering a series of workshops to help people get started with their family histories, a community run website, a temporary touring exhibition, a learning programme for schools and families and an outreach programme.

‘What’s Your Story?’ is different to other projects that we’ve worked on because although we had ideas of general themes that we wanted to cover such as war, migration and secrets but there was no way of knowing what stories would be told in the end. The idea for the exhibition and website was that they would be made of stories that people would tell us. 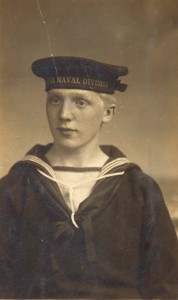 Thomas McLeod, a case of mistaken identity in World War One

We did a few call outs in the press at the start of the project asking if anyone had a story they wanted to share with us. After that the phone rang off the hook! We had a brilliant response from the public. Lots of local people got in touch but we also had people from Canada and America contacting us with their stories of ancestors from the area. The people contacting us had already carried out their research. Often over years if not decades they had pieced together the stories of their ancestors. 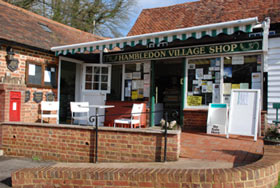 After three months we had 38 stories. Then came the hard part, we had to decide which we could feature in depth in the exhibition. We chose 11 main stories to feature in the exhibition, which will open in January 2012. These stories were chosen because they represent some broader aspect of regional history and because we can illustrate the story with objects and material from the story teller, the archives and museum collections.

The other 27 stories will all feature on the ‘What’s Your Story?’ website. The launch of the website, in September this year, will not be the end of the story collecting. The website has been designed to be easily updatable and a team of volunteers are running it so we hope to read many more stories that are added by people over the coming months. 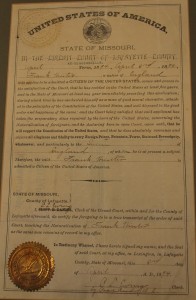 From ancestors who were interviewed as part of the 1842 Children’s Employment Commission about their work in the mine as a teenager, to Mayors of South Shields, generations of Tyne pilots, fortunes lost for reasons unknown, migrations to Canada and back in search of a better life and orphaned children this project has it all. With over 30 local stories of hope, tragedy, resilience, fallings out and hard work the family history team here at TWAM can’t wait to hear what you think of them and to read your story!

17 Responses to Family History in Tyne and Wear