While watching actor Larry Lamb discover his fascinating fairground roots last night on ‘Who do you think you are?’ I remembered an amazing collection of glass slides that we found in the history store a few years ago at Discovery Museum. 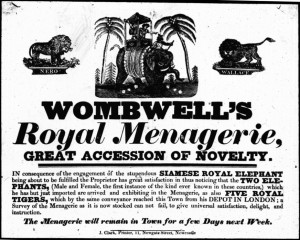 In the mid nineteenth century the fairgrounds and circuses were incredibly popular and they toured around the country stopping in towns and cities. 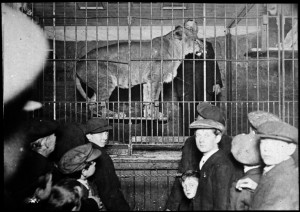 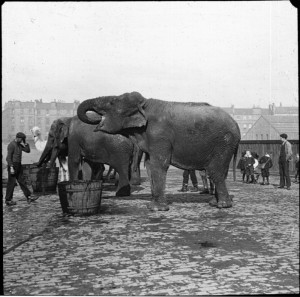 We don’t know who took the images or where the photographs were taken. I would love to find out more so thought that I would post a few to see if anyone can help. 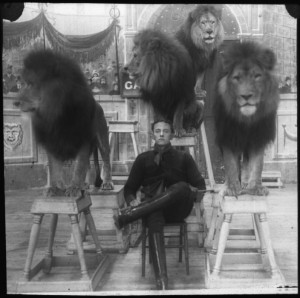 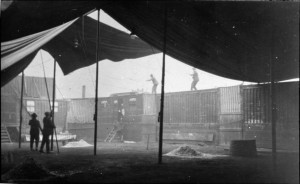 Putting the tent up 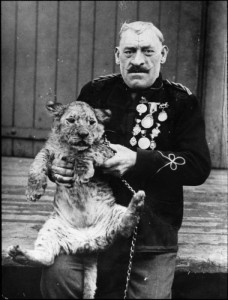 The Victoria and Albert Museum has an interesting page all about the history of fairgrounds and circuses here http://www.vam.ac.uk/content/articles/v/victorian-circus/. According to them Lord George Sanger, whose name appears in some of the photographs that we have ‘was the most successful circus entrepreneur of the 19th century. An eccentric millionaire notorious for being a smart dresser, Sanger was instantly recognisable by his shiny top hat and diamond tie pin.’ 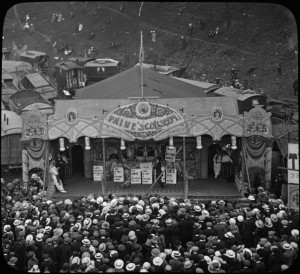 These are just a few of the photographs. I hope you’ve found them as interesting as we did. I think they would make an amazing exhibition one day.