Ebola and Plague in Newcastle in 1636

We’ve all become aware of the recent awful effects of the Ebola virus in West Africa and its impact on the people of that area.  A range of responses have been put in place to try and help those affected and to minimise the spread of the disease to other countries.

Unfortunately the devastating effect of this type of epidemic is nothing new. Evidence of the catastrophic result of an outbreak of the plague in Newcastle in 1636 can be found in the Society of Antiquaries of Newcastle Upon Tyne’s collection that is based in the Great North Museum: Hancock Library. 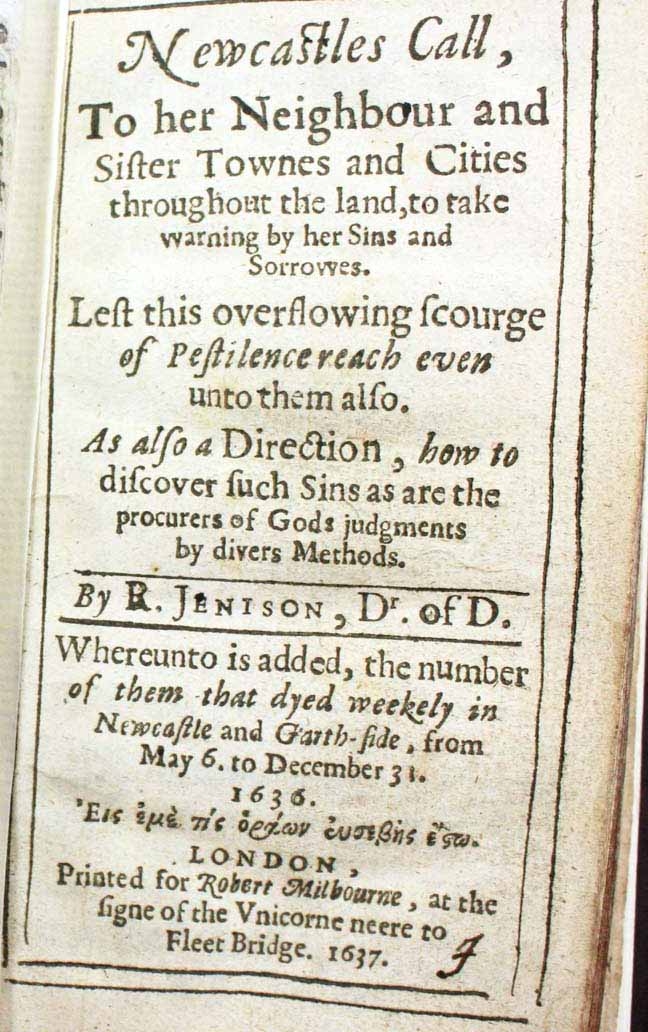 He appended statistical details of the epidemic to his work indicating that over 5000 people died in the epedemic. 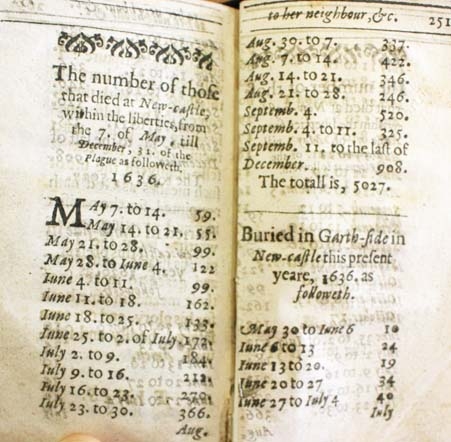 The actual number of people who died of the plague in Newcastle in the outbreak of 1636  is uncertain but has been estimated at 5631 in Newton and Pollard’s book “Newcastle and Gateshead before 1700”. If this is accurate then this represents around 47% of the population of the City which would mean that in proportional terms the Newcastle epidemic of 1636 may have been the most devastating cull experienced by any English City in this period.

If you would like to see an original copy of Jenison’s book, or learn more about the fascinating history of Newcastle you are welcome to visit the Great North Museum: Hancock Library. We are open Monday to Friday 10.00 – 4.00 during University term time.