I’ve recently been cataloguing a collection of old Green Shield Stamp items, including the booklets used to collect the stamps and a catalogue of gifts redeemable through the scheme. 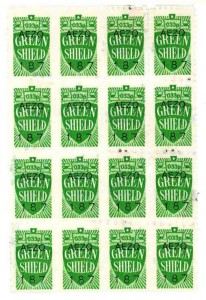 The Green Shield Trading Stamp Company was founded in 1958 by entrepreneur Richard Tompkins. The stamps were given to shoppers by participating retailers, encouraging sales and brand loyalty. Tesco was one of the biggest companies to offer its customers Green Shield Stamps (just like Sainsbury’s and Nectar points today), and the Green Shield Stamps scheme proved to be very popular in the 1960s and 1970s. The stamps could be exchanged for a myriad of goods, from kettles and hairdryers to jewellery, soft furnishings and toys. 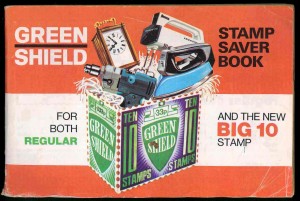 Below are some pages from a Green Shield Stamps catalogue dating to about 1987. I love the picture of the woman on an exercise bike, wearing a red lycra leotard, legwarmers and sweatband – how very 1980s! Only 14 complete books of stamps and the exercise bike could have been yours. 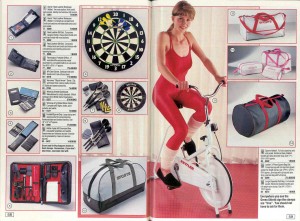 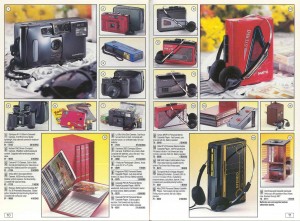 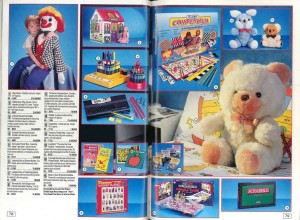 I got thinking about other dividend and loyalty schemes of yesteryear, so I decided to have a rummage in the Discovery Museum stores to see what else we have. I discovered a booklet for Sperry and Hutchinson ‘Pink Stamps’, which were offered by one of Tesco’s big rivals, Fine Fare. 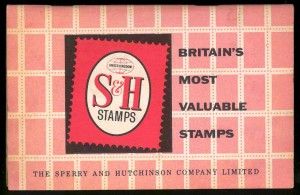 I also found a booklet for Co-op dividend stamps from the 1960s. 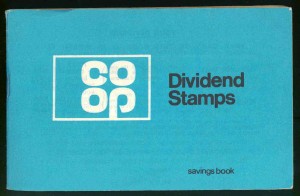 Incidentally, my grandfather Gary can still remember his own granny’s ‘divi’ number from running errands to the local store in the 1940s (granny’s number was 23853). Perhaps you can remember your mam’s?

My rummage in the museum stores threw up a few dividend schemes with special links to the North East, such as that run by the London and Newcastle Tea Company as well as Ringtons the Newcastle tea merchants. 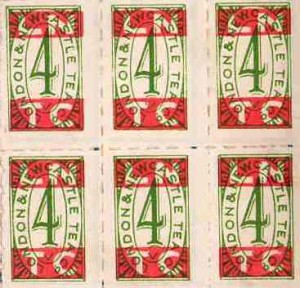 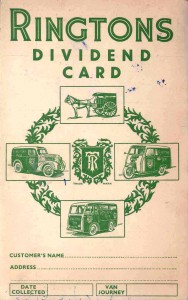 Indeed, many companies of yesteryear once ran their own stamp or coupon based loyalty schemes. The coupons below were given away with Marmite, Rowntree’s Table Jelly and Nestlé products. 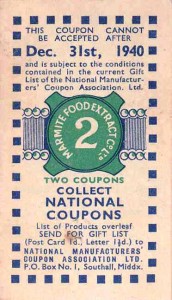 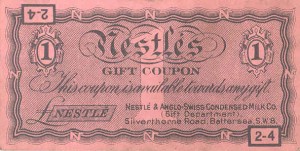 If you managed to save up 130 of the Nestlé coupons you could get a pair of “pure silk stockings” or 100 coupons would get you a “wireless valve”.

Today there are schemes like Airmiles, Nectar, the Tesco Clubcard, the Boots Advantage Card and the Co-op still runs its popular dividend scheme. I wonder if a successor of mine in about 50 years time will be looking lovingly at a Nectar card and cataloguing it as a treasured piece of social history?