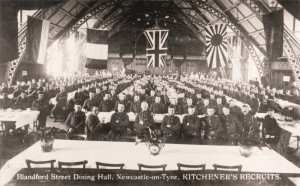 Soldier recruits in the Great Hall at Discovery Museum

During the war the Discovery Museum was the North Eastern Headquarters of the Co-operative Wholesale Society and was called Blandford House.  The Co-op reserved the jobs of members of staff who joined the army during the war and continued to pay them full wages. 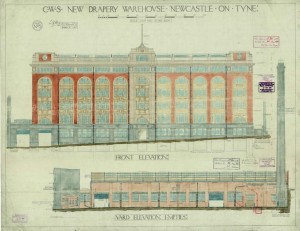 Proposed plan for the extension of Blandford House

The Co-op had plans to extend it’s building in 1912 and create a furniture warehouse.  It was proposed that a mirror image of the existing building be built thus doubling the size of the structure.  The planning permission was granted in 1915, however due to the decline in demand for goods following the outbreak of war, it was never built.