Discovering the history of the Co-op

Discovery Museum   Local History   Social History
Posted by administrator on June 22, 2011     Permalink     Comments (3)
The Discovery Museum was a very different building one hundred years ago from the one it is today. It was once the headquarters of the North East branch of the Co-operative Wholesale Society.  Founded in 1863 the society grew in popularity.  Architects Leeson and Wood designed this building, Blandford House, which opened in 1899.

In 1977 the Co-op moved out and in 1981 the building was taken over by the museum.  Many of our visitors remember the building in its former life. It contained a central courtyard, now the Turbinia gallery, warehouses, offices, an elaborate dining hall and even had its own bank.

The manager’s offices were very stylish compared to the warehouses and their toilets were some of the fanciest in town! 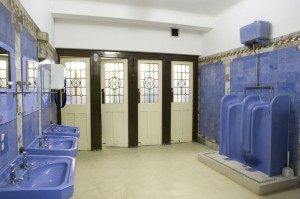 Managers' toilets by the archives

The offices were given an elegant new look in the 1930’s.  You can still see the 1930’s features and the elaborate stained glass window in the entrance to the archives. 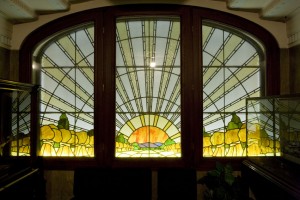 Sunrise Wheatsheaf Window in the entrance to the archives

The Great Hall is a beautiful Victorian space which was restored in 1999.  It has hosted its fair share of celebrations over the years, used as dining hall for Co-op employees, it also hosted Christmas parties and retirement dinners. 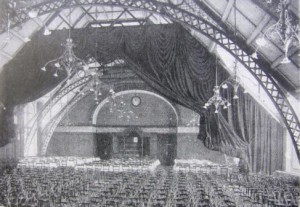 This Christmas programme from 1924 shows the menu that was served, the orchestra members, the songs people sang and a list of guest singers.

It is not only the inside of the building which has changed.  The green domes that sit on top of the turrets are actually made of copper.  The metal has reacted with the air over the years giving them the pretty green sheen which we now see today.

Discovery Museum as it looks today

In 2013 the museum will be commemorating the 150th anniversary of the creation of the Co-operative Society, look out for more information.

3 Responses to Discovering the history of the Co-op