We celebrated the success of the CREATE (Creating Real Experiences Accessible to Everyone) Volunteering Project with a fantastic event at the Tyneside Cinema. We had popcorn, cheese boards and we even got to watch Ferris Bueller’s Day Off! We were also treated to a special screening of 3 films produced by our CREATE volunteers of The Late Shows 2011. These fantastic films will be uploaded to YouTube and Facebook very soon! 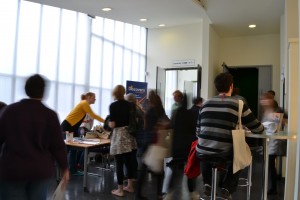 The CREATE project was really exciting and innovative, recruiting and training volunteers to support our Learning and Communications teams within the museums. The volunteers also got involved in supporting events such as the Juice Festival and The Late Shows. 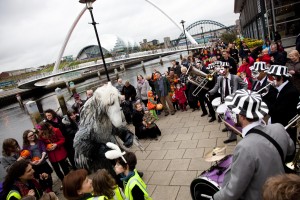 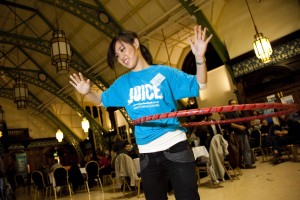 We organised really interactive training sessions based around role play for the volunteers. This was to help prepare them to interpret our galleries and to tell stories. We looked at public speaking, confidence building and voice projection. Volunteers were also involved in supporting family fun activities, photographing events, interviewing visitors, filming and editing footage and much, much more! 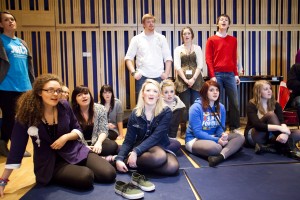 Caroline and I volunteered ourselves to be the subjects in the Media Team photography training. Here are just a couple of examples of the more experimental photography techniques that Jack and Lidan learnt… 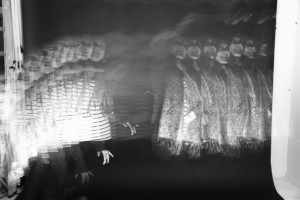 Volunteer Lidan on camera and Jack on flash. Some long exposure photography with a flash gun. Can you tell who it is? 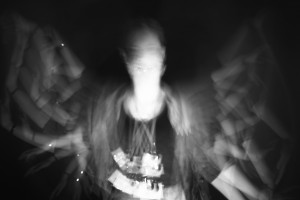 Lidan on flash gun and Jack on camera. Some more long exposure experiments. Any ideas as to who this is?

The CREATE Project was funded by V and ran for 1 year. It was aimed at engaging with young people and encouraging them to volunteer. In total we engaged with more than 100 young people in a variety of part time and short term volunteering opportunities.

2 Responses to Creating Real Experiences Accessible to Everyone (CREATE) Volunteering