Depending on how you look at it, you could either say that Christmas has come two months late, or ten months early, at South Shields Museum! The reason: I’ve just opened a parcel from the USA and inside was a ‘Wright’s Christmas Assortment’ biscuit tin. The tin is empty, but even if its contents were still extant, I’d think twice about sampling them, as they would be over 70 years old! There isn’t a ‘best before’ date on the tin, but if there were, it would be something along the lines of BBE 31/05/1938! 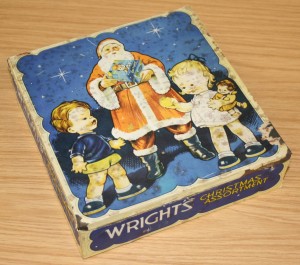 He's Making a List, Checking it Twice...Gunna Find Out Who's Naughty or Nice...

The biscuits were made by Wright’s Biscuits Ltd. of South Shields, a firm whose origins dated back to the 19th century when the company, then called L. Wright & Son, made ships biscuits for the busy maritime trade on the Tyne. Wright’s Biscuits Ltd. came into being about 1933, when Messrs Webster and Cross took over as Directors. The company had, by this time, switched from production of ships biscuits to ‘fancy biscuits’, i.e. biscuits for domestic consumption. 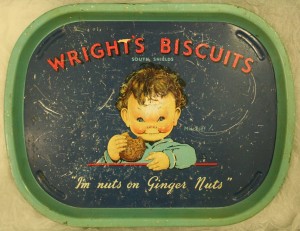 The rebranding clearly worked, as the company went from strength to strength, supplying its biscuits to all corners of the country as well as exporting to places as far flung as ‘Hamburg’ and ‘Rangoon’, as the photo below reveals. 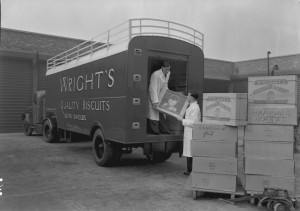 Dispatching Wright's Biscuits to the four corners of the globe! Photographed by Turners of Newcastle, 1947. TWAS: DT.TUR/2/891/j

Returning to my lovely tin, I tracked it down in Maryland of all places, so it must have either been exported to America by Wright’s, or sent by someone as a Christmas present. Considering its age and the fact that it is a paper covered tin, it has survived remarkably well over the years. My best guess is that it dates to the mid to late 1930s, or possibly the immediate post war years. 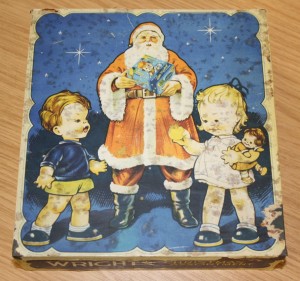 The lid bears a delightful illustration by Mabel Lucie Attwell depicting a little boy and girl with Santa, who is shown to be holding a ‘Wright’s Little Mischief Assortment’ tin. I’ve seen the depiction of the little boy and girl, the latter offering her playmate a bite of her biscuit, reproduced on other tins. Attwell titled the scene “Generosity”, since the girl was willing to share her Wright’s biscuit rather than keep it all to herself. 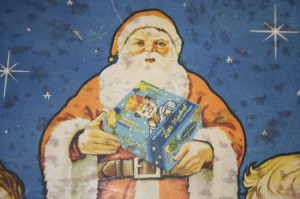 The tin joins a selection of other items in the museum which, together, help to tell the story of Wright’s, including different variations of tins, promotional and advertising material, and even a collection of cast brass biscuit cutters, acquired late last year as a very special addition to the museum’s Wright’s collection. The museum is always keen to add to its Wright’s collection, so if you have something related to or issued by the company, lurking in the back of a cupboard or gathering dust in your attic, please do get in touch; we’d love to hear from you! 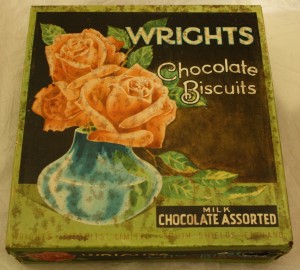 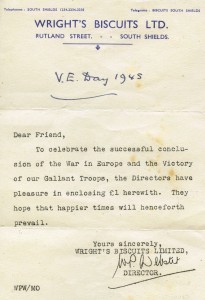 4 Responses to Christmas in February!