Hi, Jean and Wendy here again with some more of Bob’s photographs. We hope you’ve enjoyed the ones that have featured so far, and that some of you may have even recognised yourselves.

Apart from photos taken in and around South Tyneside College, where he taught art and photography, Bob was also keen on recording the atmospheric and changing scenery around the River Tyne.

This first photo is of fishing boats and smaller ketches, moored at what was a busy North Shields fish quay. 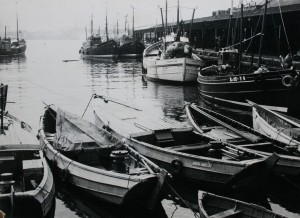 Bob has captured the day-to-day working surroundings of the fish quay, as you can see by this dilapidated looking shed with the name ‘Jim Dishman’ above the doorway.

A hard environment which probably hadn’t changed in many years. 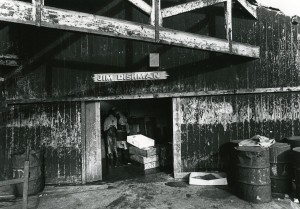 This photo shows the inside of the sheds where men and women cleaned and gutted the fish in very basic conditions; we think the picture speaks for itself. 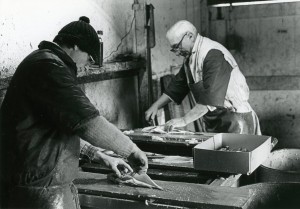 This shot shows how busy the river was when Bob was recording it in the 1970s. There are cranes in the background, and large ships and tugs docked to the left. But the boat in the centre still has sails and its fishing nets can be seen packed onto the deck. We think the capstans and ropes in the foreground are beautiful. Does anyone know if they are still there? 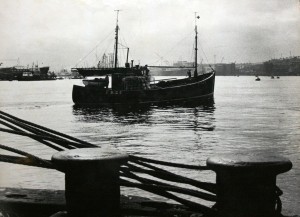 Below is an industrial scene of the River Tyne, with cranes and ships in dock – a common sight in the 1970s which is today, sadly, no more. Don’t you agree it’s a nicely lit photo, with the birds contrasting against the water? We wonder, is that an old Robin Reliant car on the jetty? 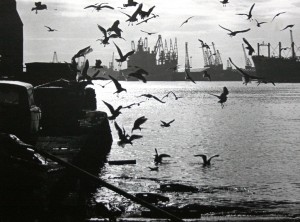 Our next blog will cover Bob’s busy sporting life, which included bowling, skiing and especially golf.