Hello. Our names are Jean and Wendy, and we have been volunteering at South Shields Museum for about 18 months. We have been helping to catalogue some of the fascinating items in the Museum’s collection, and we’d like to share with you some of the interesting things that we have been working on. 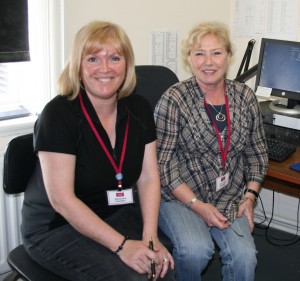 Last year a large selection of photographs taken by the late Robert William Renaut were donated to the Museum by his family. Bob Renaut was a lecturer in Art, Design and Photography at South Shields Marine and Technical College (now South Tyneside College) until his death at the age of 51 in 1995. Bob’s photographs mainly show life in the College where he worked, as well as scenes around the north-east area. He was known as a quiet, modest man, who was also a very talented sportsman, winning many awards for golf, cricket and bowls. 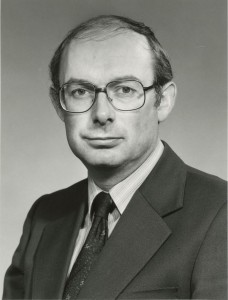 We will be showing you some of Bob’s photographs over the coming months, and would like to begin with some taken around Newcastle upon Tyne in the 1970s and 1980s. 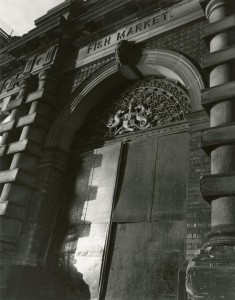 As you can see this is the boarded up doorway of the old Fish Market on the quayside at Newcastle. This building is now in use as the nightclub ‘Sea’. 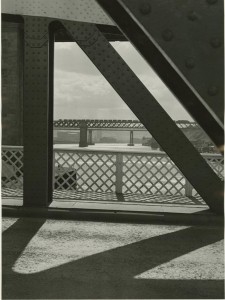 Looking up river from the Newcastle Swing Bridge. The King Edward railway bridge and the Queen Elizabeth 2nd Metro bridge can be seen in the distance. 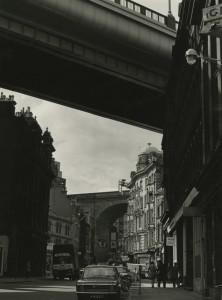 A busy street scene showing The Side, leading towards Dean Street with the Tyne Bridge overhead.

Over the coming months we will show you more of Bob Renaut’s photographs, including ones taken at the Marine and Technical College. So, if you were studying hairdressing or art, design and photography at the College in the 1970s or 1980s, you might just see yourself in future blogs! Bye for now 🙂