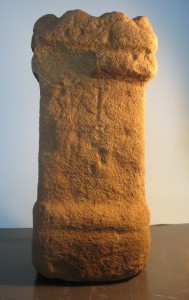 The best artefact from the excavations at Arbeia this season is a small altar about 25cm tall. This is only the fourth small altar recovered from the site – there are two others without inscriptions, and one dedicated to Vitiris – and is the smallest yet. 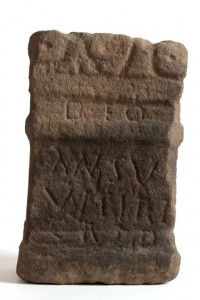 A small altar from Arbeia dedicated to Vitiris

Unfortunately its inscription is too worn to read in full, but there’s a chance it was also dedicated to the god/gods called the Vitires or Veteres  – ‘ the old gods’. There are 18 different ways of spelling this name, which can be male or female, singular or plural! They/him/her was/were popular on Hadrian’s Wall, especially towards the eastern end, with over 60 examples of similar altars to them known, all of which are small in size. For some reason a local warrior god called Belatucairus was more popular towards the western end of the Wall. 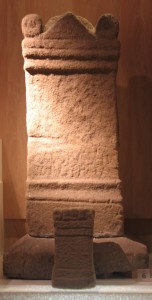 Big altar, baby altar: a small altar from Arbeia (without a surviving inscription) in front of a full-sized example

The inscriptions on these altars are often poorly carved, but can include variations on the phrase ‘votum solvit libens merito’– ‘willingly and deservedly fulfilled his vow’ – ie the dedicator promised the god he would buy the altar and has now done so. This phase is frequently found on full-sized altars, so the small altars had the same function as the larger ones, but were dedicated by people lower down the social scale. This one, then, was probably bought by a rank-and-file soldier within the fort, rather than an officer.