Beauty is in the eye of the beholder

People have done crazy things for beauty for millennia. In Ancient Greece and Rome, people bathed in mud and crocodile faeces to tone their muscles and keep their skin youthful. In the 18th and 19th centuries, Japanese married women dyed their teeth black with a lacquer made of acid-soaked iron filings and the gall nuts of Japanese sumac trees.  In the 19th century, English women infected themselves with tapeworms to become fashionably thin.

Most of these extreme beauty treatments fell out of favour relatively quickly, but what might be the most brutal beauty treatment ever employed, Chinese foot binding, went on for 1000 years. It affected a high percentage of women (close to 100% of upper class women) for centuries. 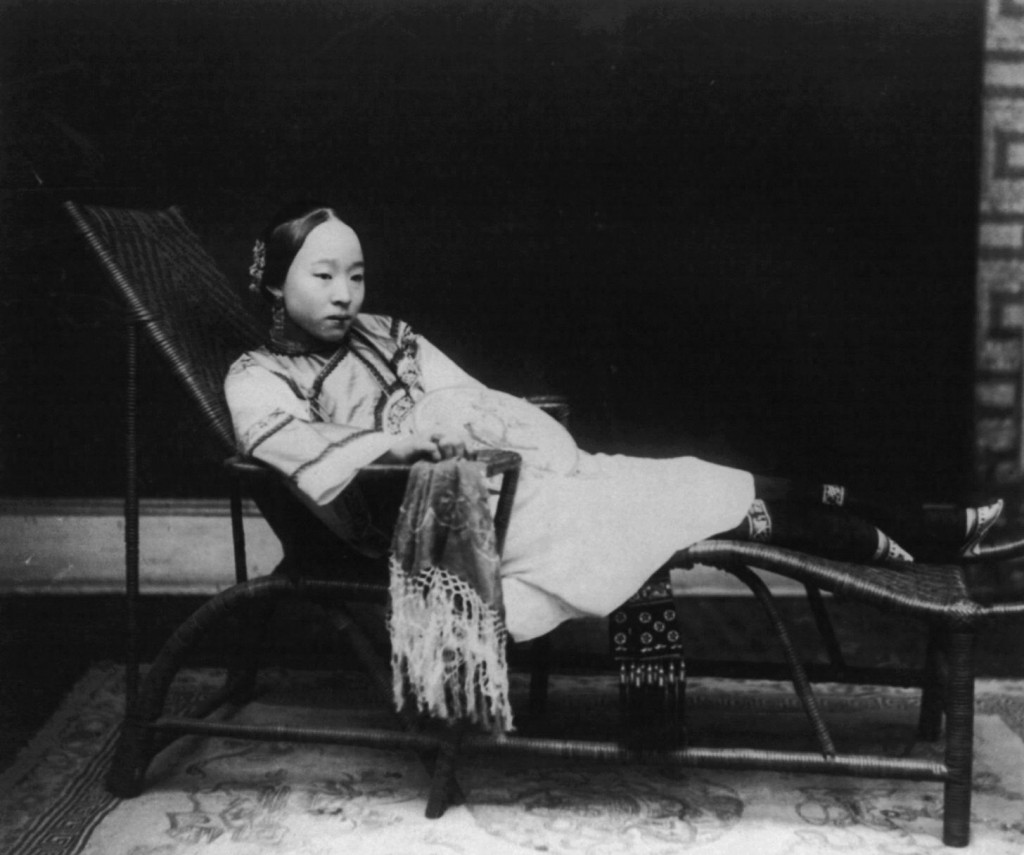 Historical records date foot binding to the reign of Lin Yu (961-975 AD) during the Song dynasty (960-1279 AD). The Emperor was captivated by his concubine’s performance of a “lotus dance” with her feet tightly bound. The practice spread through court society, and then into the countryside. Women realized that bound feet allowed them social mobility and wealth through beneficial marriages. Fashion called for ever-smaller feet, until the ideal was a length of 7 cm – called “golden lotus” feet. This size was considered the epitome of beauty. 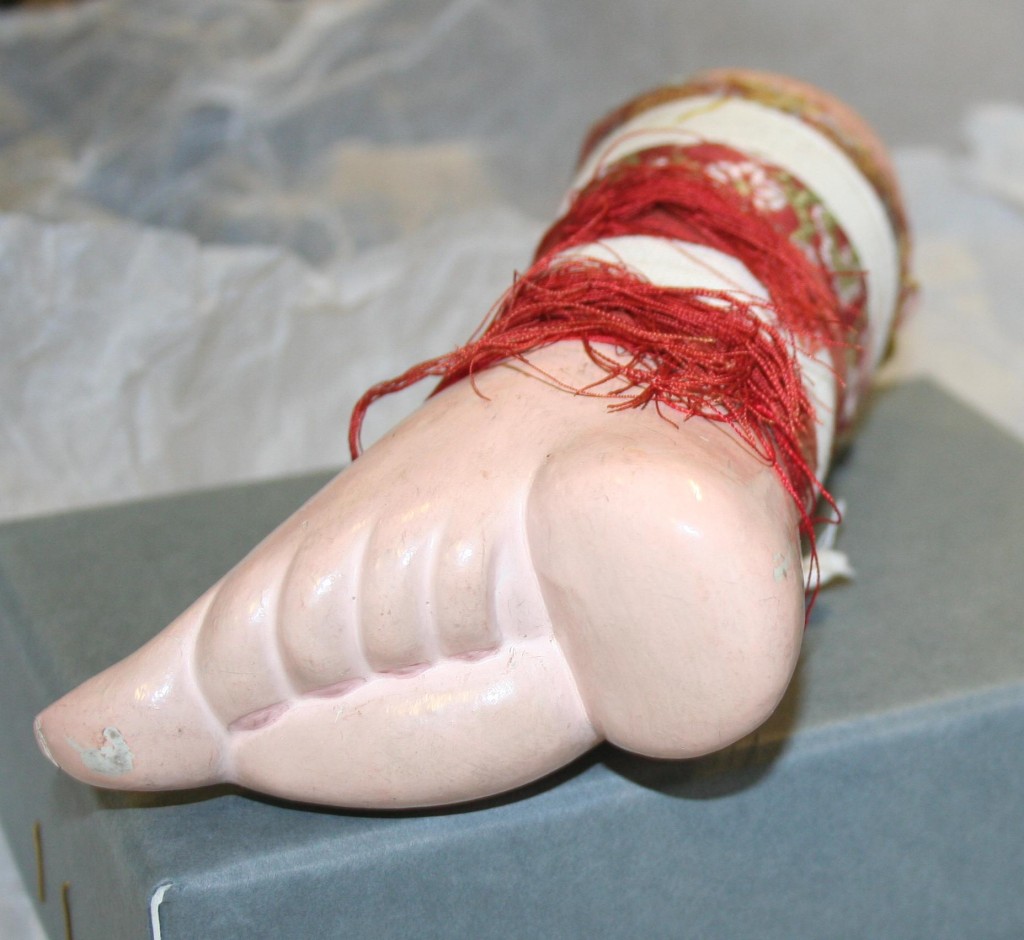 Girls’ feet would usually be broken sometime between 4 and 7 years old. The girl’s feet were soaked in a hot bath with herbs. Then their toenails were trimmed, and their toes were curled under the foot and forcibly broken. This  compressed their toes against the bottom of the foot. 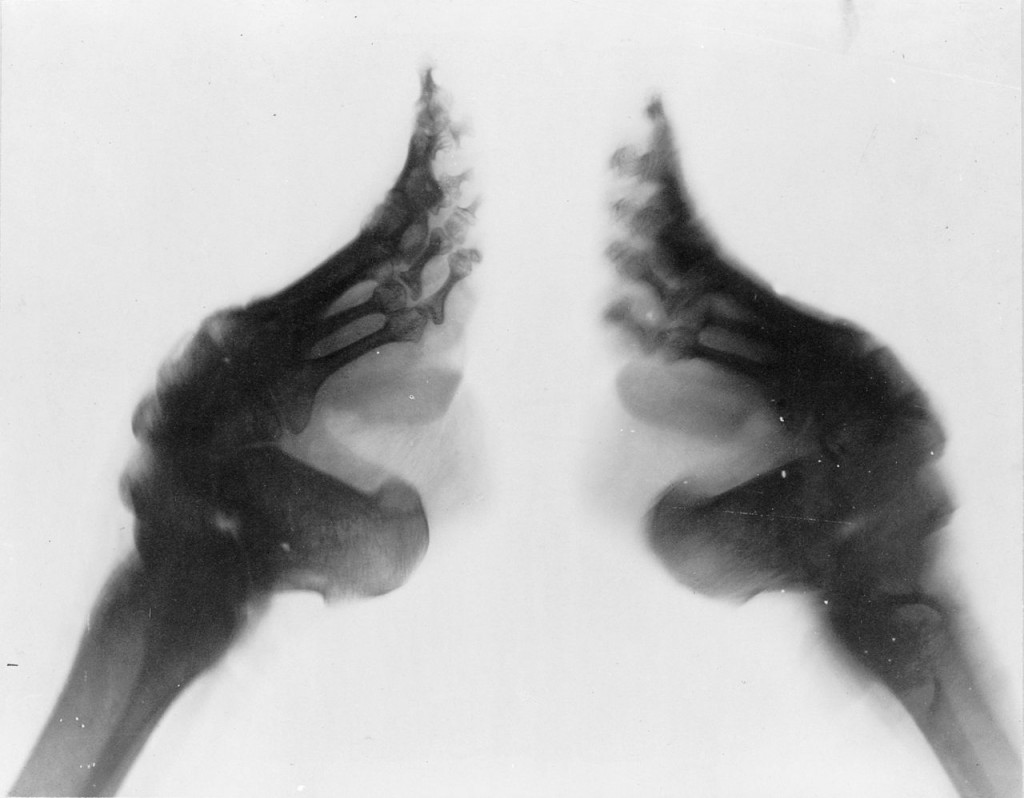 X-ray showing effects of bound feet. The arches are bent at a severe angle and the toes curled under. {{PD-1923}}

Their arches were snapped to force the foot into a curved position and shorten it further. Their feet were then bound and the bandages sewn together so that the little girls could not rip them open. Bandages had to be removed and the bindings tightened often over a period of years to achieve the desired shape. Mothers or professional binders would often force girls to walk on their broken feet to crush their toes into the desired shape.

Even in adulthood, women had to constantly care for their bound feet. They could only bathe them rarely, and could not leave the bandages off for extended periods because their feet would begin to regain their natural shape. This could be just as excruciating as the original binding had been.

Women’s bound feet would have been bandaged like this almost every moment of their lives. 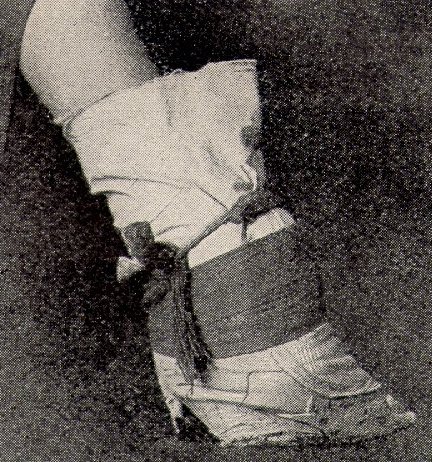 Women risked severe health problems, including infection and falls, which could result in broken bones as they got older. They were unable to balance on their feet, and had to walk with a mincing “lotus gait”- putting their weight on their heels and taking small careful steps. Often only their heel bones were unbroken. This gait was considered very attractive during this period. 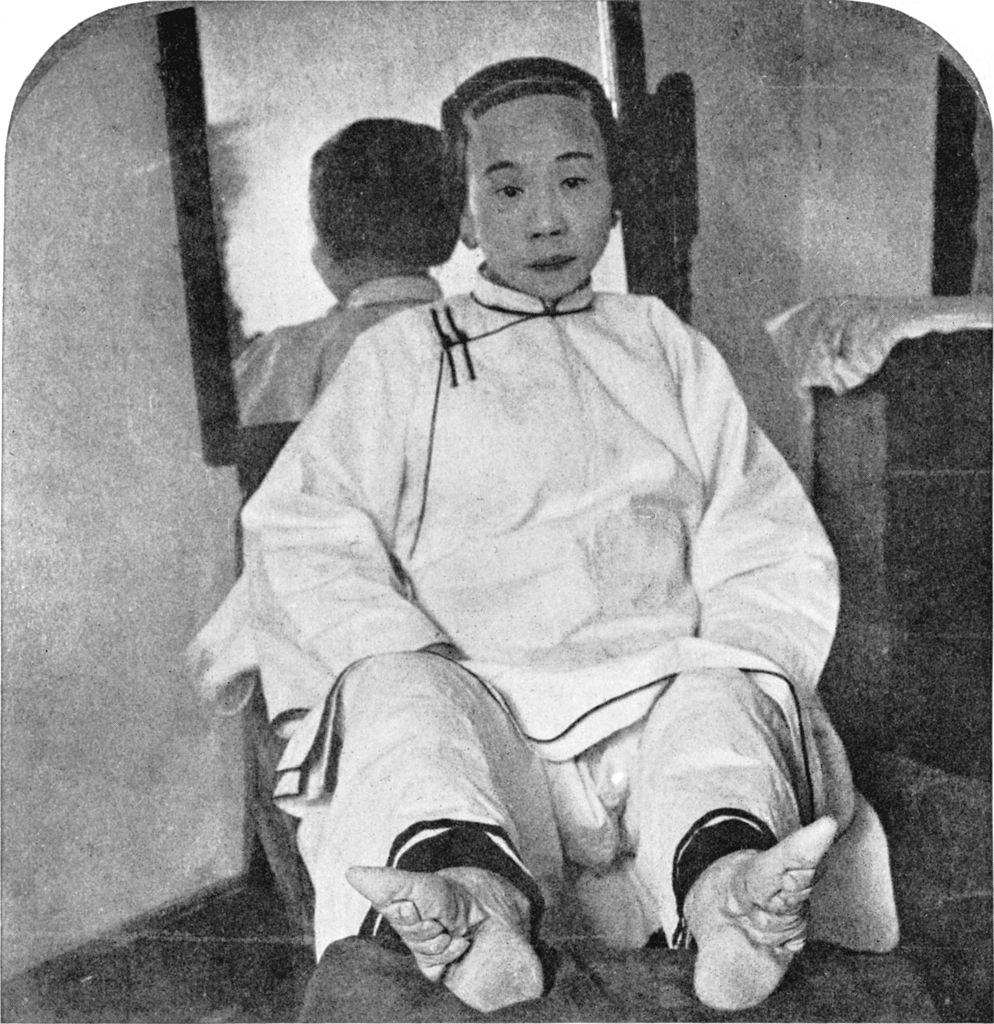 Women wore tiny beautifully decorated shoes as a mark of status and as personal decoration. The shoes were pointed, not for aesthetics, but because their feet were forced into a pointed “lotus petal” shape. The shoes were sewn with care and reflected a person’s region, or personality. Women were expected to own many pairs of these shoes for different seasons and specific events. Women also wore slippers at night, and these were similarly intricate.

These shoes are 9 cm long, yet would have been worn by an adult woman. 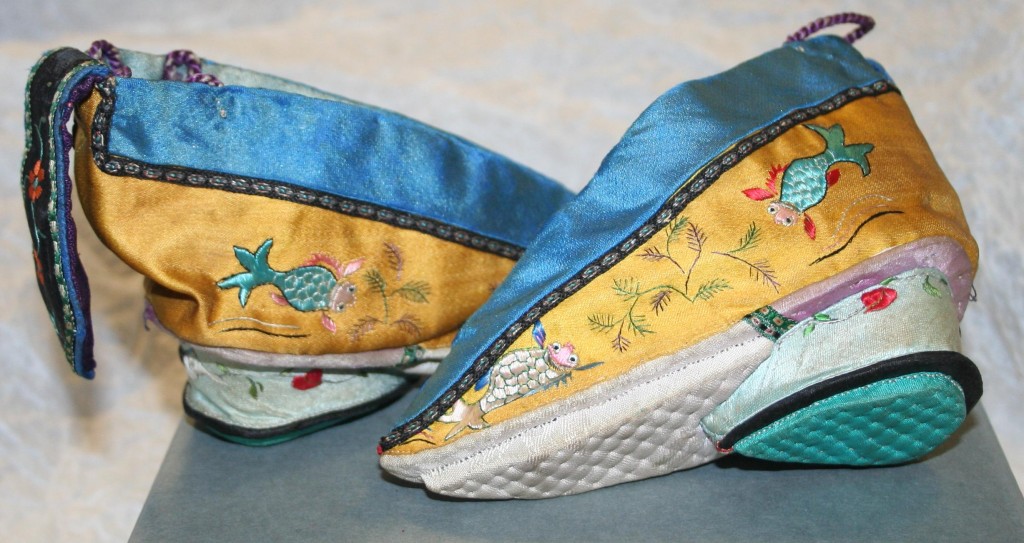 The practice of foot binding was outlawed in 1912, but continued in secret until the mid-1950’s, when the rise of Communism changed social values and began enforcing the ban. Under Communism, women had to perform hard physical labour, like digging reservoirs or working farms. This work was punishing enough for ordinary women, but agonizing for those with broken tiny feet. Unable to fill their work quotas or forage in the mountains, these women and their families often suffered with food shortages. This made even illicit foot binding impossible, and effectively ended the practice.

For more information and personal accounts, check out:

5 Responses to Beauty is in the eye of the beholder