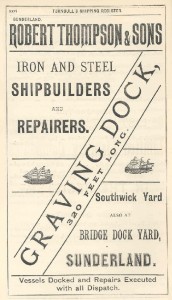 The North East of England was such a centre for shipbuilding in the 19th and 20th centuries that the focus of my work is most often on the production end of the shipping business. Thousands of ships were built on the Tyne and the Wear and for many we know little more than which shipyard built them, when they were launched, their dimensions and the name of their first owners.

Last week I was in the Fine Art store choosing some paintings to add to the shipbuilding gallery in Sunderland Museum. A painting of Lota, by local marine artist John Hudson, caught my eye and I would like to put it on display. Lota was a three-masted steel barque of 1,367 gross tons, built in 1891 by Robert Thompson at his Southwick shipyard, Sunderland. But who was she built for and what happened to her after she left the River Wear? 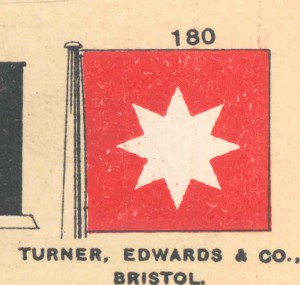 Lota was part of a late upsurge in the building of sailing ships that took place between 1888 and 1892. She was ordered by Turner Edwards & Co of Bristol and I wondered what business they were in. An e-mail to Andy King, an old friend at Bristol Museums, produced some details of the company’s history. Turner Edwards’s core business was importing brandy and wine from France, Portugal and Spain for local wine merchants such as Harvey, the world famous sherry blender. But Mark Turner was also in the agricultural fertilizer business and he saw an opportunity to enter another profitable trade. Lota was built to carry nitrate from Chile, ‘taking advantage of the productive capacity and cheapness of north British shipyards’. 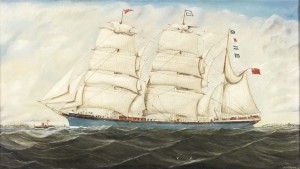 Painting of the barque LOTA by John Hudson – B9432’

The painting shows Lota off the mouth of the river Tyne. There are waving figures on her deck and passengers on a paddle steamer returning their waves. I think the painting may show her setting off on her maiden voyage to the West Coast of South America, perhaps having loaded coal on the Tyne. So my research continues on this one. In a future posting I hope I can add some more information about what is going on in the painting and also about the nitrate trade around Cape Horn.